The game of football has changed. Just a glimpse of what you see of most games now, the pros, college or high school will probably prove my point. Offenses these days have fallen in love with the forward pass. Having a talented athlete at the quarterback position who can throw is now seen as the easiest way to ensure success on game day.

Don’t tell that to McAllen Memorial’s Bill Littleton. The long-time coach of the Mustangs has done a lot of damage and won a lot of games over the years with a different approach. The Mustangs are going to run. Opponents have to stop them to come out on top. Not many have in Littleton’s previous 16 years at Memorial. 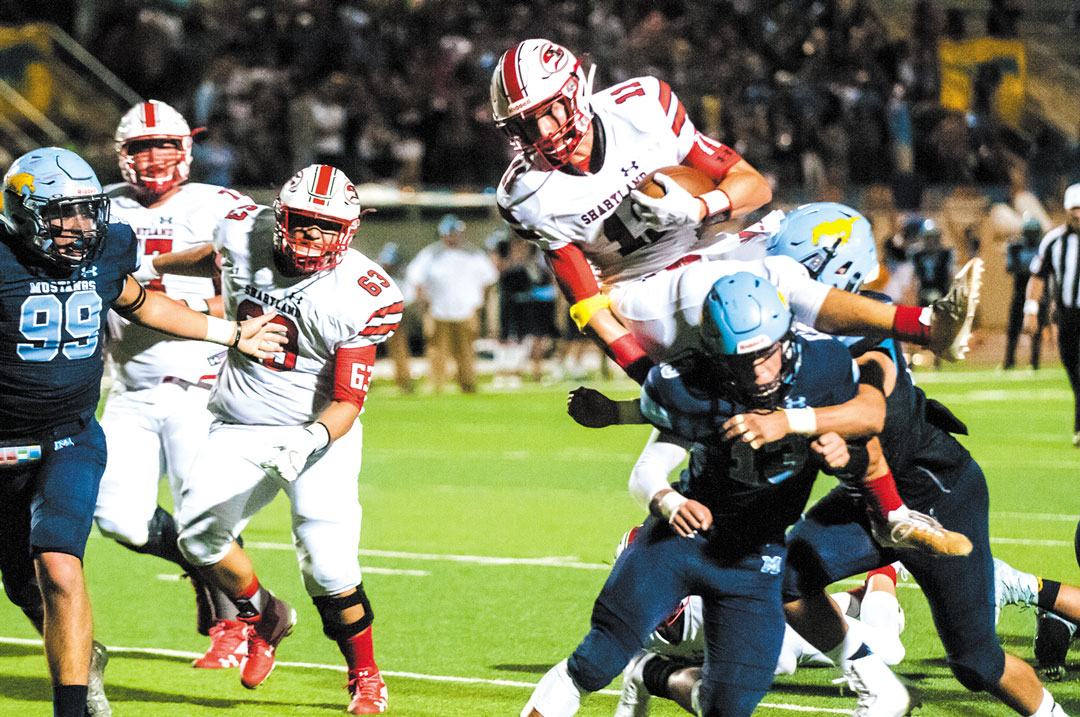 The 2019 edition of the Mustang offense appears to be more of the same. Memorial pounded out 367 yards and scored five touchdowns on the ground in their 42-40 season opening victory over Brownsville Hanna last week.

Campbell Speights did the majority of the work. For the night the senior tallied 267 yards rushing on 22 carries and scored four times. Three of those scores came on runs of over 50 yards. When you stop Speights you usually stop the Mustangs.

A big reason why the Sharyland Rattlers fell to Memorial last year was their inability to do so. Speights scored twice in that game, finishing the game with 219 yards rushing on 20 carries in the Mustangs 27-21 overtime victory.

Despite the big night from Speights the Rattlers had plenty of chances in that game, failing to score on three trips into the red zone. Sharyland is hoping for better results tonight.

A 27-13 victory over Brownsville Pace last week to open the season showed that the Rattlers are on the right track in finding replacements for a number of key players gone due to graduation and in defending their 2018 District 31-5A Div. II title.

Quarterback Benji Valdivia had a big night in his first ever start. The junior accounted for four touchdowns in a dual threat role as passer and runner. Three of the scores came through the air as Valdivia finished the night with 160 yards passing. His 84 yards on the ground were highlighted by a 48 yard TD run in the fourth quarter that put the game out of reach.

The Rattlers have a new receiving threat too. Daniel Pena spent most of last season on the defensive side of the ball but moved over to offense this year. He had a great debut, catching three passes for 90 yards and two touchdowns. His 21 yard catch in the first quarter staked the Rattlers to an early lead. His second (a 56 yarder) came in the fourth just minutes after Pace had tied the game at 13 apiece.

Pena, a senior, hasn’t forgotten how to play defense either. He accounted for two of the Rattlers’ four takeaways with interceptions. The first came in the third quarter, stopping a Pace drive near the Rattler end zone.

The second, with less than three minutes left in the game, stopped Pace again in the Rattlers’ end of the field as they were driving to tie the game. Valdivia’s big touchdown run came two plays later.

The Rattlers defense will need all of that and more to come out with a win tonight against a Memorial team that has proven year after year they can put points on the board.

Containing Speights will be one way to get it done.

Sharyland defensive coordinator Craig Krell has seen plenty of the Mustangs offense in his years running defenses for both the Rattlers and McAllen High.

Krell preaches his defenders to be “9-5-90”. That’s nine guys within five yards of the ball ninety percent of the time.

“We’ve got to get people to the ball and eliminate the big play,” said Krell. “He (Speights) is really good at making people miss.”

Still the non-district battle is just another opportunity for the new faces on the Rattlers to show they’re making progress as they adjust to playing on Friday nights.

Adame often schedules tough non-district opponents as a way to see how his team will handle adversity and ultimately define the character of his team.

The win over Pace may have already given us a glimpse of both. The Rattlers controlled the first half and led 13-0 at the break before Pace came back to tie it in the fourth. That’s when the Rattlers, especially Valdivia and Pena, answered.

Expect a good one tonight. These are two successful programs coming off of big wins who both expect bigger things down the road.

Kickoff is scheduled for 7:30 pm tonight at Richard Thompson Stadium.