In 2016 Abraham Ibarra, a basketball player and aspiring bodybuilder from Veterans Memorial High School, was diagnosed with stage III Burkitt’s Lymphoma, a rare and aggressive form of cancer. He passed away at the beginning of 2017, and his family has been working to spread awareness about childhood cancer ever since. 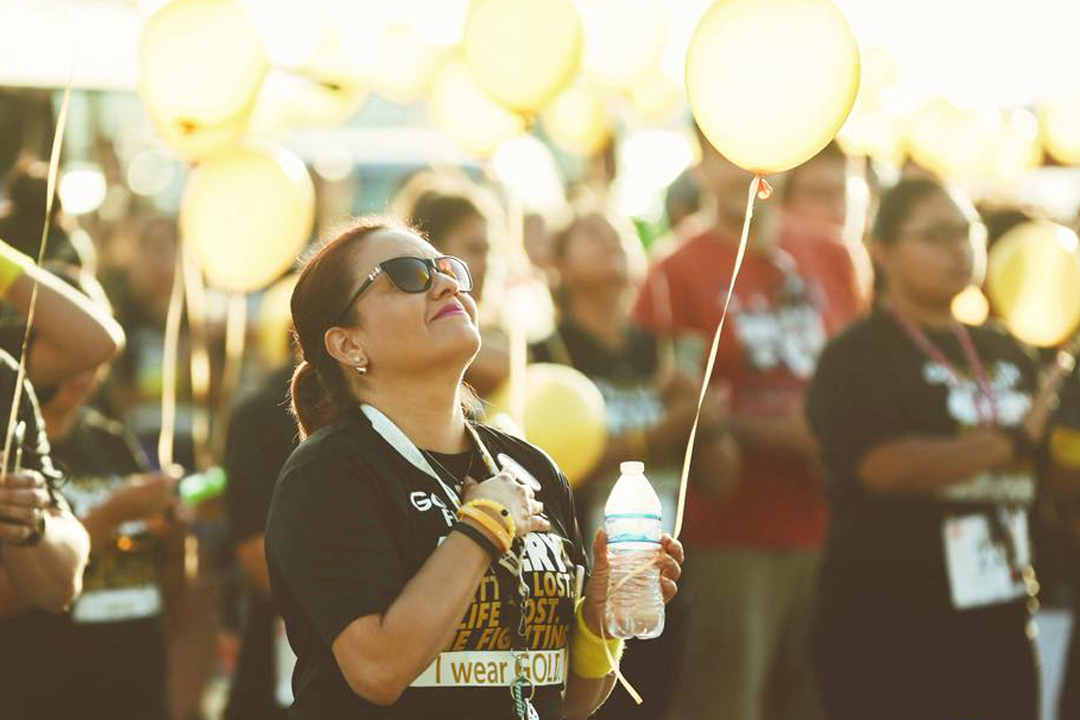 Now three years since his initial diagnosis, the Ibarra family has been busy. Sally (Abraham&rsquo;s mother) started Aspire by Abraham, which has led annual Go Gold Walks in the Rio Grande Valley to raise money and give information about childhood cancer.

“We&rsquo;re trying to raise awareness,&rdquo; Ibarra said, noting that Abraham&rsquo;s journey from diagnosis to passing away happened over 7 months. “He slipped right through my hands. The minute I knew he wouldn&rsquo;t be around, I wanted to keep him alive and the only way I could was to keep his legacy alive and share with others.&rdquo;

The first Go Gold event, happening tomorrow morning at Bentsen Palm Community Park, is a 5K race and Kid&rsquo;s 1K. Funds for this event go toward families of children with cancer.

“That&rsquo;s what Abraham wanted,&rdquo; Ibarra said. “It was never about gifts [for him], it was about having everybody there together.&rdquo;

In April 2016, Abraham woke up from a nap at school when his friend noticed a lump on his neck. He went to the nurse, who recommended he be taken in to see a doctor.

All his blood work checked out, but Abraham and Sally wanted more answers. When she asked to schedule a CT scan, the soonest appointment for him was three weeks later.

“All that time he was still feeling great. The only thing we noticed was that he was working out and he felt like he wasn&rsquo;t gaining any muscle,&rdquo; Ibarra said. “He said, ‘something&rsquo;s not right.&rsquo;&rdquo;

Sally hopes Aspire by Abraham can help other families struggling with childhood cancer.

“We want to be able to support families that are going through the same thing,&rdquo; Ibarra said. “They may still have their child with them, and it&rsquo;s very important for them. It&rsquo;s important for me too, because when I see them, I see Abraham.&rdquo;

According to Sally and anyone who knew him, Abraham was an old soul who loved giving more than receiving. When a friend&rsquo;s family donated $1000 to Abraham, he asked if the money could be used to buy Christmas presents for children staying in the hospital.

When he saw a homeless man outside a Denny&rsquo;s, he asked his mom (unprompted) if they could buy him a meal. Sally was happy to do so.

Since 2017, Sally has found it difficult not to live in a world of “what-ifs.&rdquo;

When he was initially diagnosed, the survival rate was 97 percent.

“I said, ‘three precent, we got this,&rsquo; it&rsquo;s impossible for [him] to be that three precent,&rdquo; Ibarra said. “I felt that I was Abraham&rsquo;s rock and he was my rock, because he was so positive throughout the whole ordeal.&rdquo;

Even on the darkest days, the family gathered to support Abraham, and each other, through it all. Though they still struggle with the loss of a son, brother and friend, Sally finds her faith and love for her family has kept them going.

Sally spoke about how the Go Gold events have grown quickly over the years as more people learn about Abraham and childhood cancer. She was present when the city of Mission proclaimed September as “Go Gold for Children with Cancer&rdquo; month, and noted that the city has been promoting Glow Gold walks happening in Mission and McAllen parks through the month.

“The best part is being able to let parents know that they are not alone,&rdquo; Ibarra said. “I&rsquo;m here to support them, and the way I can support them is this way. Here in the Rio Grande Valley there&rsquo;s no awareness, and the only way we can do that is continuing these events.&rdquo; 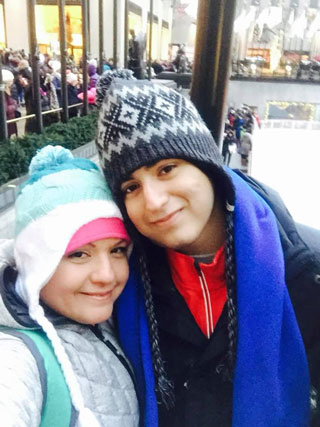 “I think our medical system here is lacking in help,&rdquo; Ibarra said. “We need to be able to have more knowledge for our kids, because I think if my son&rsquo;s diagnosis may have been caught at least three weeks earlier, it would have made a difference.&rdquo;

Aspire by Abraham was named after a quote from his last post on Instagram: “Aspire to be an inspiration to others, because we are all capable of greatness.&rdquo;

“When I read that, I said ‘he meant something by this,&rsquo;&rdquo; Ibarra said. “This was him.&rdquo;

From then on, Sally started Aspire by Abraham, which can be found at https://www.aspirebyabraham.com/. Along with the walks, Aspire by Abraham has shirts available with Abraham&rsquo;s message, and the non-profit organization awards annual $1000 scholarships to MCISD high school seniors headed to college.

“I want there to be hope, and the only way there can be hope for these families is that they have this support system,&rdquo; Ibarra said. “We can tell them you&rsquo;re not alone, we&rsquo;re fighting with you.&rdquo;