A teenager accused of smuggling migrants through Los Ebanos in a Lyft pleaded not guilty Wednesday.

Jose C. Vigil, 18, of Mission is charged with smuggling of persons, a third-degree felony. 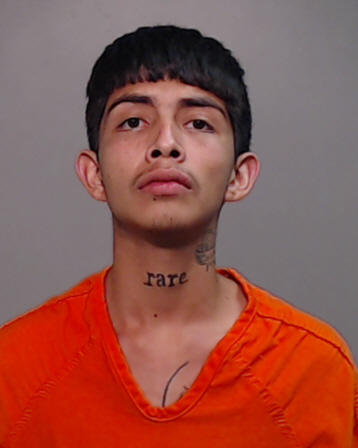 Sullivan City police officers arrested Vigil on April 5, when they stopped a white Volkswagen Jetta near the intersection of Farm-to-Market Road 886 and U.S. 83.

The driver, a 22-year-old Mission man, had three passengers jammed in the back seat. Two had wet pants and muddy shoes. The third was Vigil.

“Let me ask you a question,” police Officer Joshua Rodriguez asked the driver. “Who are the guys in the back?”

The driver stuttered and started shaking.

Officers responded with skepticism, but the driver insisted he wasn’t lying. He showed them the Lyft app on his phone and Lyft decals.

After he picked up Vigil, the Lyft driver said he went to Los Ebanos. Two men jumped in the car and they headed back toward Sullivan City.

“He said it was his cousins,” the driver said, adding later: “So I just picked them up.”

The “cousins” were actually Guatemalan citizens who illegally crossed the Rio Grande. They had wet, muddy shoes and dirty jeans.

“OK, first of all, didn’t it seem kind of off to you that they’re wet from the clothes?” Rodriguez said. “That they’re muddy from the shoes? Anything like that?”

The driver said he hadn’t asked them any questions.

“That’s why I’m pretty nervous,” the driver said. “I don’t know these guys.”

“Mr. Vigil advised that he had hired the Lyft from his mother’s credit card and use (sic) his sister’s cellphone Lyft app to request the transport,” according to the criminal complaint against him. “Mr. Vigil also advised that the Lyft driver had nothing to do with the smuggling.”

Vigil also said that someone offered to pay him $250 per person for smuggling migrants.

Officers released the Lyft driver with a warning.

Officers charged Vigil with smuggling of persons, a third-degree felony. If convicted, he faces 2 to 20 years in prison.

The felony charge, however, apparently didn’t faze him.

On April 22, two weeks after he was released from the Hidalgo County jail, Vigil posted a television news story about his arrest on Facebook — and tagged several friends.