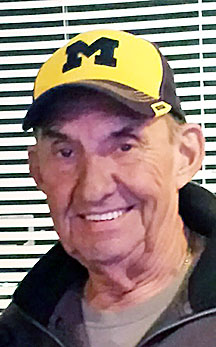 He was preceded in death by his wife, parents, and brother, Jacob Polderman.

Henry was a plant manager in the textile business for 32 years, working at Jolly Kids, Kellogg’s Industries and Biomet. He also worked in the landscaping business for 25 years. He was the owner operator of Polderman’s Country Store and Polderman’s Turf Service, retiring in 2016.

He was a U.S. Army veteran, a member of the American Legion Post 210 in Middlebury, the Moose Lodge in Goshen, and the DAV. Henry attended Palm Valley Church in Mission, Texas.

Visitation will be from 11:00 a.m. to 2:00 p.m. on Monday, September 23, followed by a 2:00 p.m. funeral service at Miller-Stewart Funeral Home, Middlebury. Services will be conducted by Chaplain Wyatt Smith. Burial will be in Grace Lawn Cemetery, Middlebury.

Memorials may be given to Center for Hospice Care. Online condolences may be offered at millerstewartfuneralhome.com.