Of the other two teams, one is 1-2 overall but is 1- 1 against district opponents, which are the games that really matter. Therefore you could say that only one of the seven teams is off to a poor start. 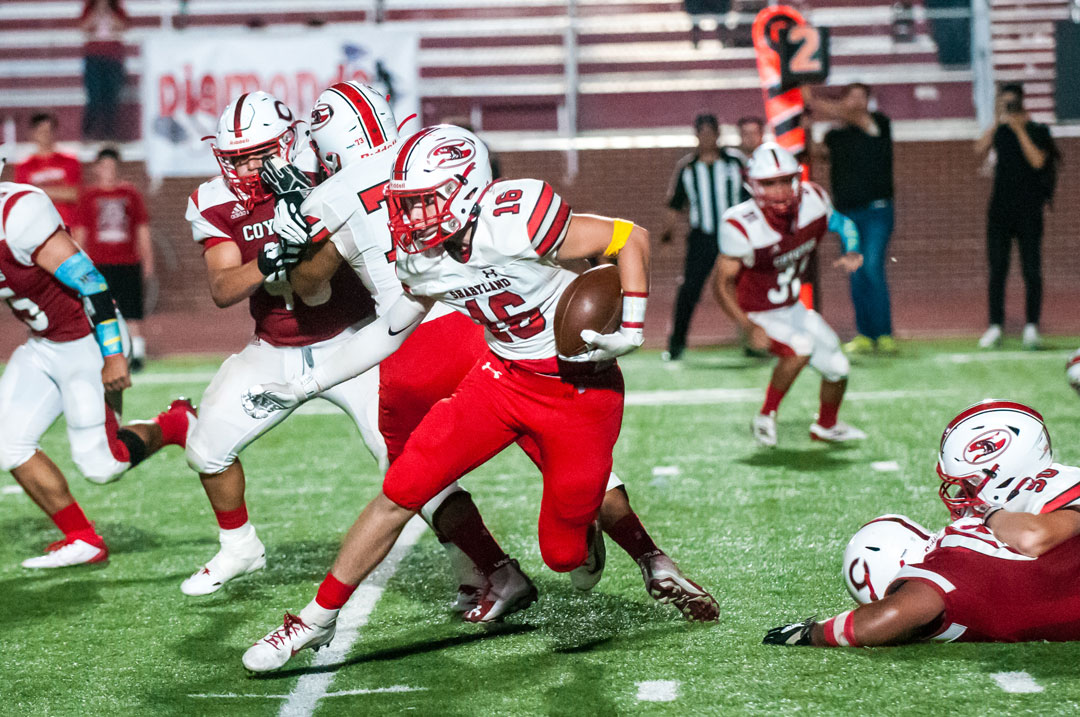 Last week all seven teams were in action. Four won their games, two lost to fellow Big 7 opponents and one lost to a non-Big 7 team. With two of the five games involving Big 7 teams being head-to-head matchups, the best possible outcome would’ve been for five of the seven to win. Therefore having four winners out of five possible is pretty darn good.

This week we will look at three of the four games on tonight’s schedule featuring Big 7 teams. The fourth game, Rio Grande City at Mission Veterans, is our game of the week, so it is being previewed separately.

Donna Redskins at Palmview Lobos
This is one of the two district games on tonight’s schedule involving Big 7 teams. With District 16-5A-1 being a 10 team district, the Lobos actually started their district schedule in Week 2. Thus far this season, Palmview is 1-2 overall and 1-1 in district play. They fell to Rio Grande City in Week 2 by a score of 43-36, but bounced back last week to pull out a 27-26 win over Brownsville Porter.

In that game, Palmview senior running back, Adrian Vasquez, scored three of the Lobos’ four touchdowns. The fourth touchdown was scored by junior running back Carlos Pena from 33-yards out. In total, the Lobos rushed for 304 yards against the Cowboys.

Heading into tonight’s game, Donna is 1-2 overall and 0-2 in district play. The Redskins opened with a non-district win against Donna North (21-3), fell to PSJA Southwest in Week 2 (28-14) and came up short against Brownsville Pace last week by a score of 22-14.

Last year the Redskins handed the Lobos one of their three district losses, by a score of 31-21, when they passed for 123 yards and rushed for 226 yards against the Palmview defense.

Even in their one loss, a season-opening 42-41 heartbreaker against the Harlingen Cardinals, the Diamondbacks scored more points than most teams score in their wins. Pioneer has gone on to score 50+ points in each of their two subsequent games, a 57-28 win over the Juarez-Lincoln Huskies and last week’s 56-28 win over the formerly undefeated Mission Eagles.

Against the Eagles, Pioneer junior quarterback Eddie Marburger completed 30 out of 42 passes for 404 yards and six touchdowns. Marburger, who ended the game with an extremely impressive quarterback rating of 141.3, also carried the ball 12 times for 84 yards rushing.

Brownsville Rivera is 1-2 thus far this season with their win coming over the Valley View Tigers last week (32-0).
Last year the Diamondbacks handled the Raiders relatively easily as they pulled out a 43-14 victory.

Despite their sub .500 record however, Hanna is currently ranked fourth among the Valley’s Top 10 teams. That is because their two losses came at the hands at the Valley’s top ranked team, McAllen Memorial, and the third ranked team, Edinburg Vela. Not only that, but their loss to the Mustangs was by only two points (42-40) and their loss to the Sabercats was by only one point (28-27).

Their only win came last week when they defeated Weslaco East by a score of 21-19.

With wins over Brownsville Pace (27-13) and La Joya High (23-0) and a loss to McAllen Memorial (51-10), the Sharyland Rattlers are not only looking for payback, but they’re also looking to go into District 16-5A-II play next week on a roll. After all, thanks to their 6-0 record in district play last year, they are the defending district champions. Therefore they know that they better be at the top of their game each-and-every week of district play because every other team is going to be out to knock them off the top of the hill.

All three of these games are scheduled to kick off tonight at 7:30.