Thanks to a new program at the University of Texas-Rio Grande Valley, more than half of its undergraduate students will attend the university without having to pay for tuition in the next school year.

On Monday, UTRGV announced the most expansive free-tuition program among public institutions in the state of Texas that targets students with a family adjusted income of $75,000 or less. 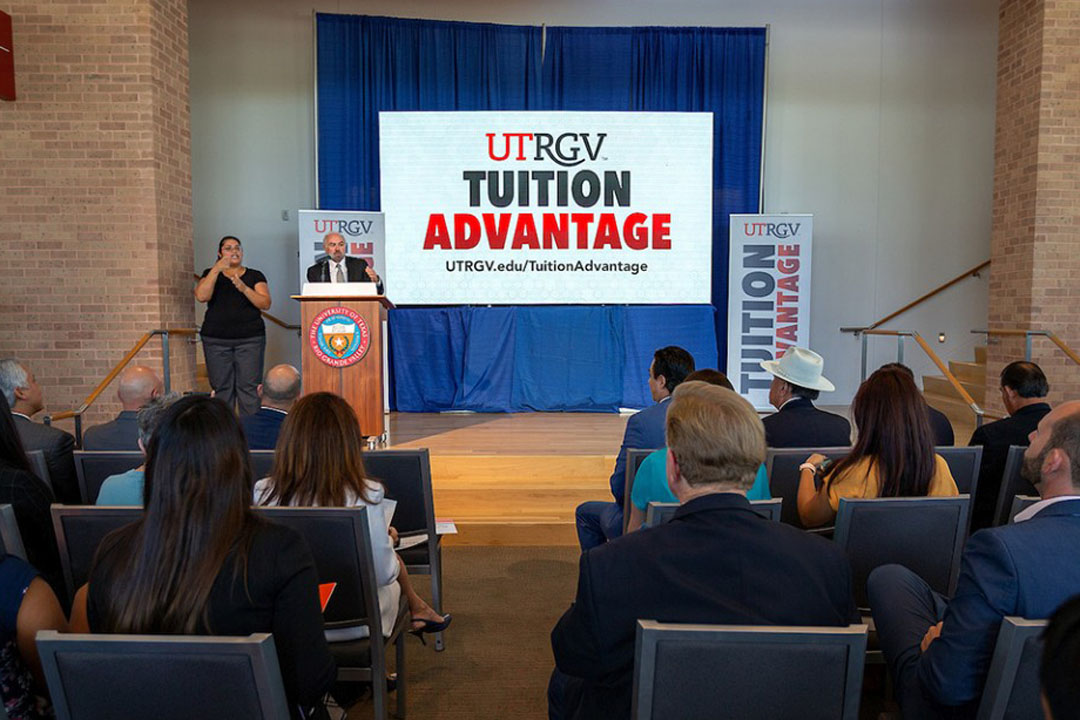 “Basically, if you come from a working class or middle class family, you can come here and get a great education without mortgaging your future,&rdquo; UTRGV President Guy Bailey said Monday “It&rsquo;s a game changer for the state.&rdquo;

The UTRGV Tuition Advantage is open to all in-state undergraduate students, including incoming freshmen and returning and transfer students, who meet the program&rsquo;s requirements.

Among the requirements include being enrolled in at least 15 credit hours. First time freshmen students need to score a 19 on their ACT test or a 1010 on their SAT test or be in the top 10 percent of their graduating high school class. Returning and transfer undergraduate students must have a minimum of a 2.5 GPA, according to the website.

Currently enrolled undergraduates working on their first bachelor&rsquo;s degree are eligible for the UTRGV Tuition Advantage grant. Undergraduate students currently enrolled at UTRGV must meet the Returning Students eligibility criteria to take part in the grant.

“We strive to be the Valley&rsquo;s university by putting students first,&rdquo; Bailey said. “Our first [priority] is a student’s success; having them be successful, come to school and graduate with minimal debt. This will have the largest impact of anything we&rsquo;ve ever done.&rdquo;

Among the attendees at the Monday news conference was Senator Eddie Lucio Jr., who praised the university for their attempts to lower student debt.

According to a June 2018 article from Forbes, more than 44 million owe $1.5 trillion in student loan debt, with each borrower owing on average $37,172.

This barrier of accumulating student debt, Lucio Jr. said, is one that could potentially deter students from attending college. He recalled how much of a struggle it was for his parents to send him and his 9 siblings through school.

“Reducing those barriers has been a priority for UTRGV, with this announcement they&rsquo;ve taken the boldest step yet in doing that,&rdquo; Lucio Jr. said “This is for the students sitting in a high school classroom …who had never considered that college is a possibility. Today, that student and others like them will learn there is a community here committed to providing that opportunity that seemed so out of reach just yesterday.&rdquo;