Friday the 13th proved unlucky for a closed bar and grill in Mission.

Last Friday, a large fire broke out at the old Pepe’s on the River location at 2601 S. Conway. According to Assistant Fire Chief Rene Alvarez, it took the department a few hours to extinguish the flames. 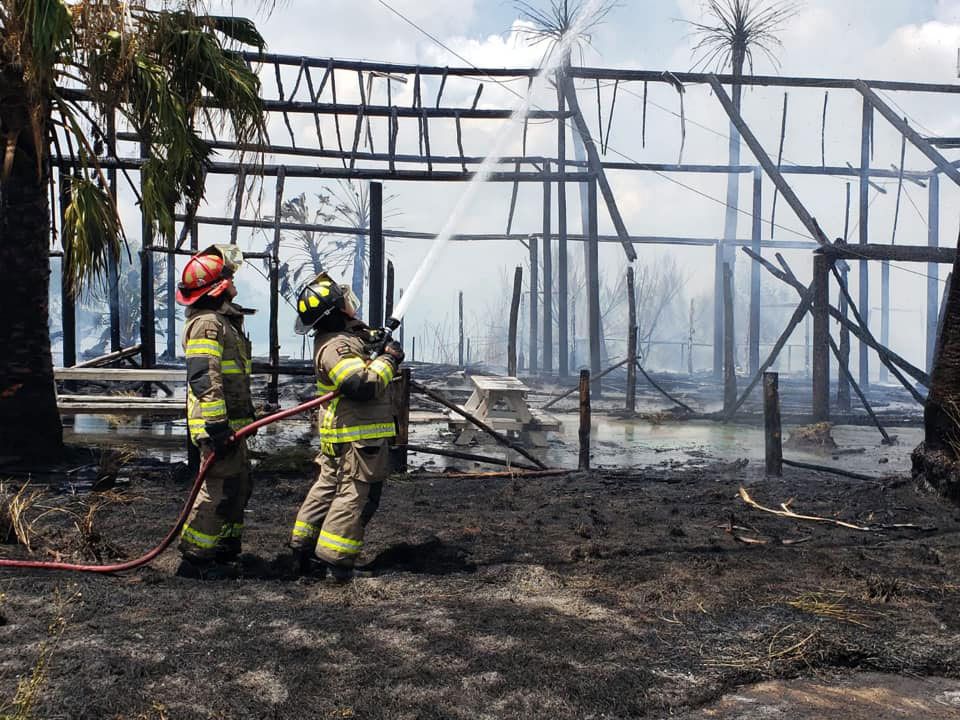 “We received a call at about 12:42 p.m. in reference to a structure fire in the area of Pepe’s on the River,” Alvarez said. “Our crew responded, and when they got on the scene they found what used to be the structure attached to an old palapa that was fully engulfed.”

This is not the first time the outdoor restaurant has dealt with environmental issues. Pepe’s on the River closed for a period in 2010 following severe flooding that was too costly to repair.

The establishment was re-opened in 2014 with new owners, who invested hundreds of thousands of dollars into the property.

The location was closed at the time of the fire. No one was hurt or injured, and the cause of the fire is still under investigation by Fire Inspector personnel.