It was a game that will long be remembered among Mission Eagles fans, and it took place Friday night at Tom Landry Hall of Fame Stadium.

The 3-0 McAllen Memorial Mustangs, the top ranked team in the Valley, rolled into town with all the confidence in the world. 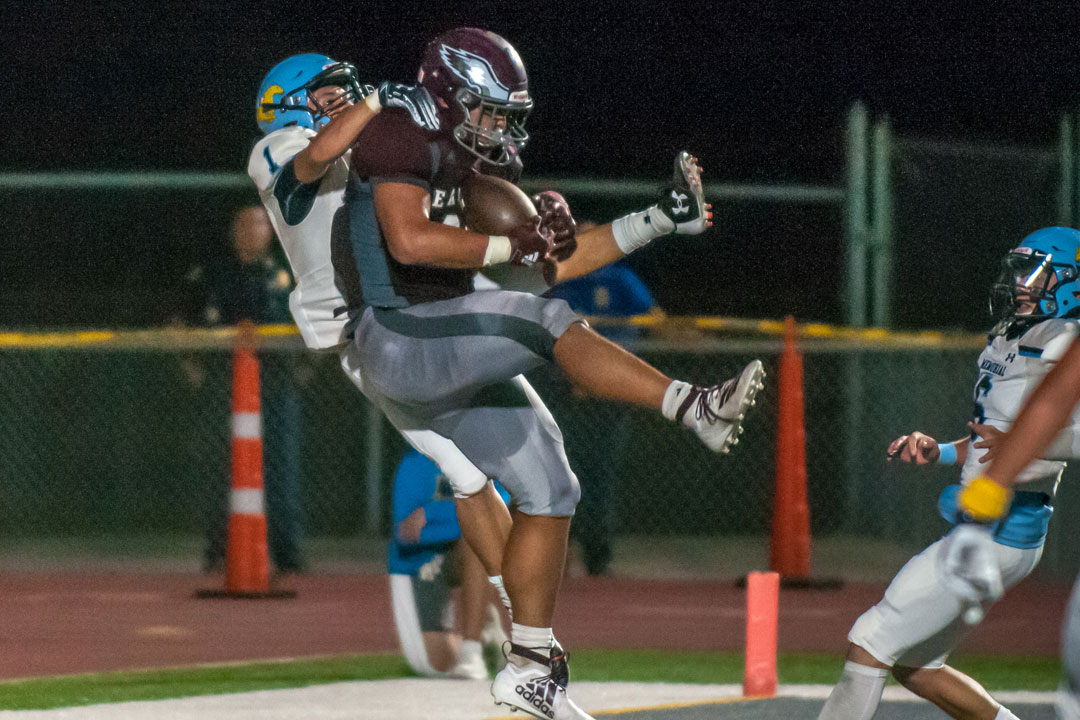 And why not? The Mustangs have had the Eagles’ number for as long as anyone can remember. And this includes lopsided scores such as 56-0 and 67-14 in favor of the Mustangs.

Well tonight it was the Eagles who emerged victorious.

Thanks to a pass to the back of the end zone from Mission quarterback Jeremy Duran to one of his favorite receivers, tight end Reymundo Garcia, with only three seconds remaining on the clock.

That made the score 28-25 in favor of the Eagles and while the Mustangs did attempt to run back the ensuing kick-off by lateraling it around a few times, it was simply not meant to be for Memorial as the final Mustang ball carrier was tackled, the clock ticked down to all zeros and the Mission players, coaches and fans all erupted in unison and celebrated what has to be the biggest victory for the Eagles since the hiring of head coach Koy Detmer four years ago.

While the Duran to Garcia touchdown pass was the game-winner, it would not have been a winner at all if the Eagles had not scored their three previous touchdowns.

The first was a quarterback sneak by Duran from the one-yard line about a minute and a half into the second quarter to make the score 7-6 in favor of the Eagles, the second was a short pass from Duran to running back Andrew Maldonado with 1:34 remaining in the first half to increase the Eagles’ lead to 14-6 and the third was a five-yard pass from Duran to wide receiver Steve Villarreal with just over five minutes remaining in the fourth quarter to allow the Eagles, who had fallen behind, to regain the lead by a score of 21-18.

However, that lead did not last very long for the Eagles as the Mustangs drove the ball down the field on their next possession and scored their final touchdown of the night with only 2:34 remaining in the fourth quarter.

That made the score 25-21 in favor of Memorial. As it turns out, the Eagles needed all but three seconds of that time to put together what would prove to be their game-winning drive.