Under the contract, which must be approved by an attorney, the housing authority will pay Villarreal an $84,000 annual salary. He will receive a 5 percent raise after the first year. 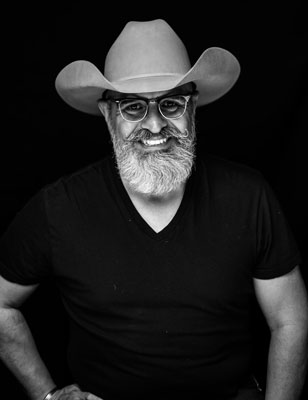 “It gives me a sense of relief and a sense of direction now,” Villarreal said. “Before, I wasn’t sure where we were going to go because there was so much instability within the framework of the board. But now I can plan for three years.”

Villarreal is the fourth person to hold the position during the past 12 months.

The board voted 4-0 to approve the contract after a last-minute shakeup.

The La Joya Police Department hand-delivered letters to Commissioner German Reyna and Commissioner Sylvia Garces Valdez on Wednesday, notifying them that their terms had expired — and they were, effective immediately, no longer members of the board.

Reyna, who seldom spoke during meetings, had avoided public disagreements with other commissioners and urged the board to work together. Garces Valdez hadn’t attended a meeting since August, when a grand jury charged her with bribery.

They joined Commissioner Jorge Bazan and board President John Pena on Wednesday afternoon, when the board voted 4-0 to approve the contract pending review by an attorney.

“I really admire the man,” Mayor Salinas said. “He’s got a lot of experience. He has a lot of knowledge in government.”

“They want to give this guy 80-something thousand dollars?” Jose Armando Salinas said in an interview. “That’s crazy.”

Jose Armando Salinas said he joined the board to help tenants but slowly became disillusioned.

Along with approving a contract for Villarreal, the board agreed to retain attorney Javier Villalobos of McAllen for day-to-day legal matters.