With one in every other child going to bed hungry in rural areas, the La Joya Housing Authority is partnering up with the Food Bank of the Rio Grande Valley to address this need.

On Wednesday, the La Joya Housing Authority held a ribbon cutting ceremony to open the doors to its food pantry; the first for the housing authority and the largest for the city. 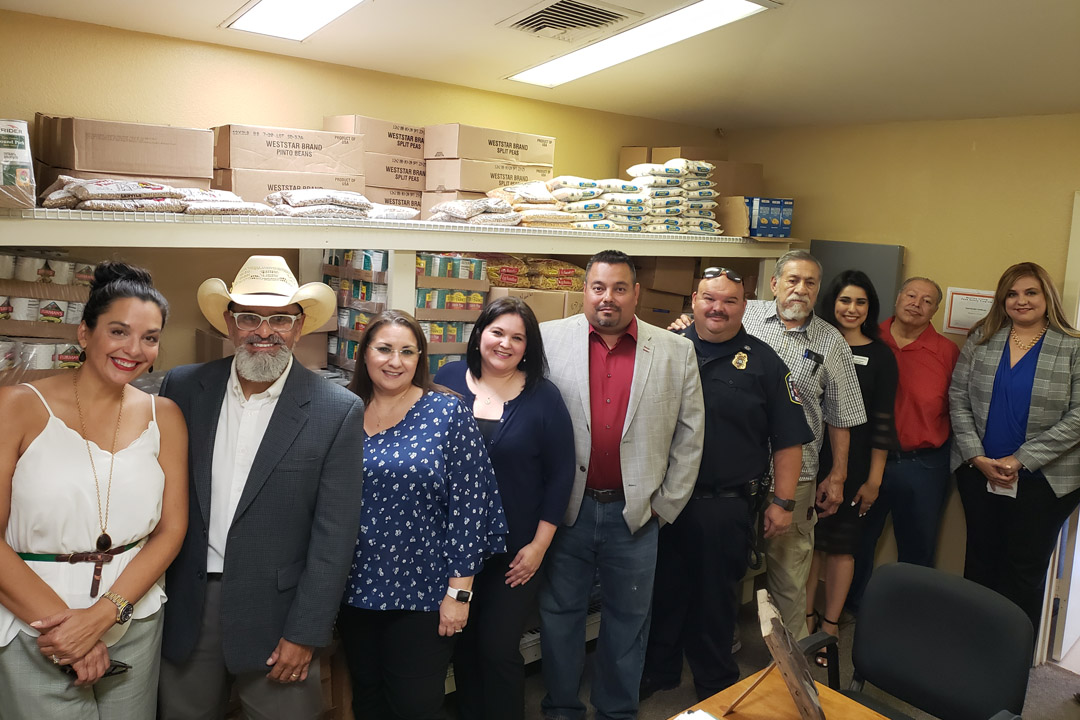 “We’re cutting a ribbon for the families and the nutrition and the opportunities people don’t have,” housing authority Executive Director Ruben Villarreal said. “When you feed families, you feed their soul. This is a sample of what they’re all about.”

The food pantry will be housed inside the housing authority and contains non-perishable goods such as canned items, juices and pasta. Villarreal said he started formulating a plan to open a food pantry hours after being hired as the new executive director last month.

“I needed something that I knew didn’t require federal government sources and endless red tape that comes with installing a program in a government structure,” Villarreal said. “I’ve volunteered at the food bank before and had some connection and after discussing with them we turned this around in less than 10 days. It came from a sense of what we can do with limited resources and a lot of creativity and heart.”

Villarreal added that though the housing authority is still deciding how to disperse the food, they are considering opening it twice a month starting in a few weeks so housing authority tenants can pick up food.

At the red ribbon cutting, Villarreal and speakers such as city Mayor Jose “Fito” Salinas and housing authority board Chairman John Pena recalled often having to go to bed hungry most nights as children.

“When I was young in high school, we hardly had anything to eat,” Salinas said. “My father would send me out with a hunting rifle to hunt and bring back rabbits to cook.” Libby Salinas, chief program officer at the Food Bank of the RGV, said Salinas’ story is similar to that of people in rural areas.

“In the Valley, one in every four children go to bed hungry or have food insecurity as to when their next meal will come. In rural areas such as La Joya, that amount is one in every other child,” Libby explained. “I grew up in Monte Alto, poor and struggling so the food bank is dear to me not just because of my job but because it’s an honor to bring this to much needed areas.”

“This looks simple, but it takes the food bank a lot of work to come here to help the people that need it the most,” Libby said. “It takes a community to have a food pantry and make it work. A lot of times we see a food pantry start up but then there’s not enough backbone to support it, but I can tell this will continue forever.”

His wife, Villarreal said, is who contacted the food bank to begin this partnership.

“It was her connections, not mine, that got this started,” Villarreal said.

Though the food pantry will be at the housing authority, Villarreal said that non-tenants can take advantage of the pantry.