The U.S. Department of Homeland Security and the governor of Tamaulipas announced 10 new targets on Tuesday for the Se Busca Informacion program. 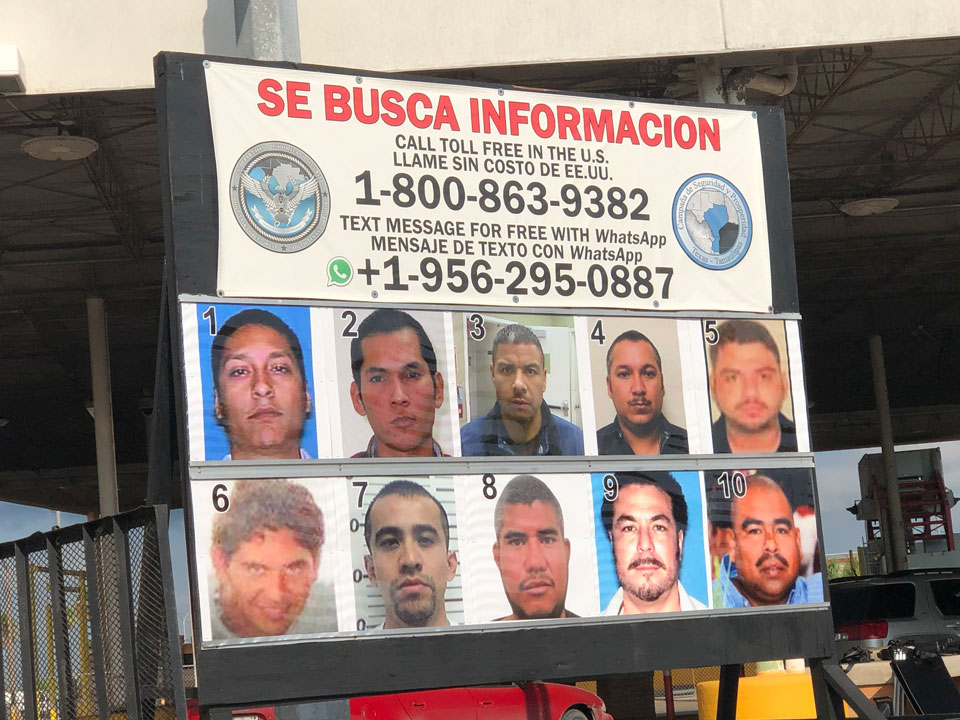 “The message that we’re sending right now is that the criminals are not going to be able to hide, even though they cross the border,” Cabeza de Vaca said.

The program started with photos of local smugglers, which Border Patrol displayed on billboards throughout South Texas.

Border Patrol slowly expanded the program to individual stations and other sectors. It also partnered with Tamaulipas, creating a cross-border version of the program that targeted drug kingpins and other criminals.

“We had a situation where the public in Reynosa was not comfortable with calling the local authorities. There was some distrust there,” Padilla said. “So we said: ‘Hey, how can we get that information and provide that information to the right authorities to go after these criminals that are impacting both sides of the border?’”

The program accepts tips through a hotline and a WhatsApp number. Border Patrol analyzes the tips and provides the information to law enforcement.

“Notably, six of those seven targets were arrested south of the border due to the diligence and hard work of our partners in Mexico,” Skero said. “Because of the results seen here in the Valley, the Se Busca initiative is being expanded to additional Border Patrol sectors all along our U.S.-Mexico border.”

The Se Busca Informacion billboards include photos of people but don’t identify them by name. Dustin D. Araujo, a Border Patrol spokesman, said names would be released on a “case-by-case basis.”

Border Patrol also expanded the program to stations, which seek information about smugglers who operate in their areas of responsibility.

“At the station level, you may have people that are smugglers that are not wanted for arrest — but we want to arrest them in a smuggling scheme,” Padilla said.

They included two brothers described as “confirmed human and drug smugglers,” a woman accused of running a stash house in Reynosa, the “possible brother” of a smuggler nicknamed El Gato, a man accused of working for “Comandante Primito,” several migrant smugglers and Jose Raul “Pili” Arechiga, a well-known drug trafficker from Sullivan City.

“One, hopefully it will deter their behavior,” Padilla said, referencing the local Se Busca Informacion billboards. “Or, secondly, if they continue, they’ll end up in jail and facing justice.”