The La Joya Housing Authority board approved a contract with attorney Javier Villalobos on Monday.

Villalobos agreed to represent the housing authority for $150 per hour. He will not receive a monthly retainer. 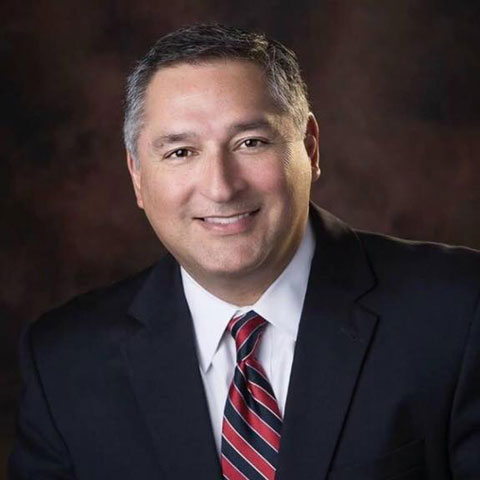 “He’s very experienced,” said housing authority Executive Director Ruben Villarreal. “If you look at his resume, he works a lot with local municipalities.”

Villalobos, a prominent attorney, represents northeast McAllen on the City Commission and served as chairman of the Hidalgo County GOP. During the past few decades, Villalobos represented the Hidalgo County Housing Authority, the city of Donna and the Edcouch-Elsa school district, among other clients.

“When I represent the cities, I’m not in it for the money,” Villalobos said, adding that he views legal work as a form of public service.

Villalobos will handle day-to-day legal work and advise the housing authority board.

“A lot of the time, housing authorities don’t have legal counsel,” Villalobos said, adding that they depend on advice from city or county attorneys.

Sanchez advised the board when Frances A. Salinas, the daughter of Mayor Jose A. “Fito” Salinas, served as executive director.

The city also paid Sanchez’s eponymous law firm, Sanchez & Wilson, nearly $61,000 to represent Mayor Salinas when the housing authority filed a lawsuit against him in November 2018.

After the housing authority settled the lawsuit, Sanchez started representing the board again.

He billed $10,300 for legal work performed in July, according to a copy of the 10-page invoice submitted by Sanchez & Wilson on Aug. 2.

A source with access to housing authority records provided the Progress Times with a copy of the invoice on the condition of anonymity.

The Progress Times also requested a copy of the invoice under the Texas Public Information Act, but the housing authority failed to respond and didn’t release any documents. The Progress Times filed a formal complaint with the Texas Attorney General’s Office.

He billed another $700 to attend the board meeting, $400 for a two-hour discussion with board Chairman John Pena and Commissioner Jorge Bazan, and $200 for an “Executive Session teleconference,” according to the invoice. The next day, he billed $450 to drive back to San Antonio.

Sanchez served the board well, Villarreal said, but the housing authority needed to find a less expensive attorney for day-to-day legal matters.

The Progress Times requested the proposals on Aug. 18, but the housing authority failed to respond and didn’t release any documents. The Progress Times filed a formal complaint with the Texas Attorney General’s Office.

With a new attorney onboard, Villarreal said the housing authority would start processing the backlog of public information requests.