Seven weeks into the 2019 high school football season, five of the seven teams from the Mission, Sharyland and La Joya school districts, the Big 7, are either leading their respective district races or are within one game of the top spot.

In addition, of the three Big 7 teams with undefeated district records, the Pioneer Diamondbacks and the Mission Veterans Patriots are in sole possession of first place, while the third, the Mission Eagles, are in a two-way tie for first place. 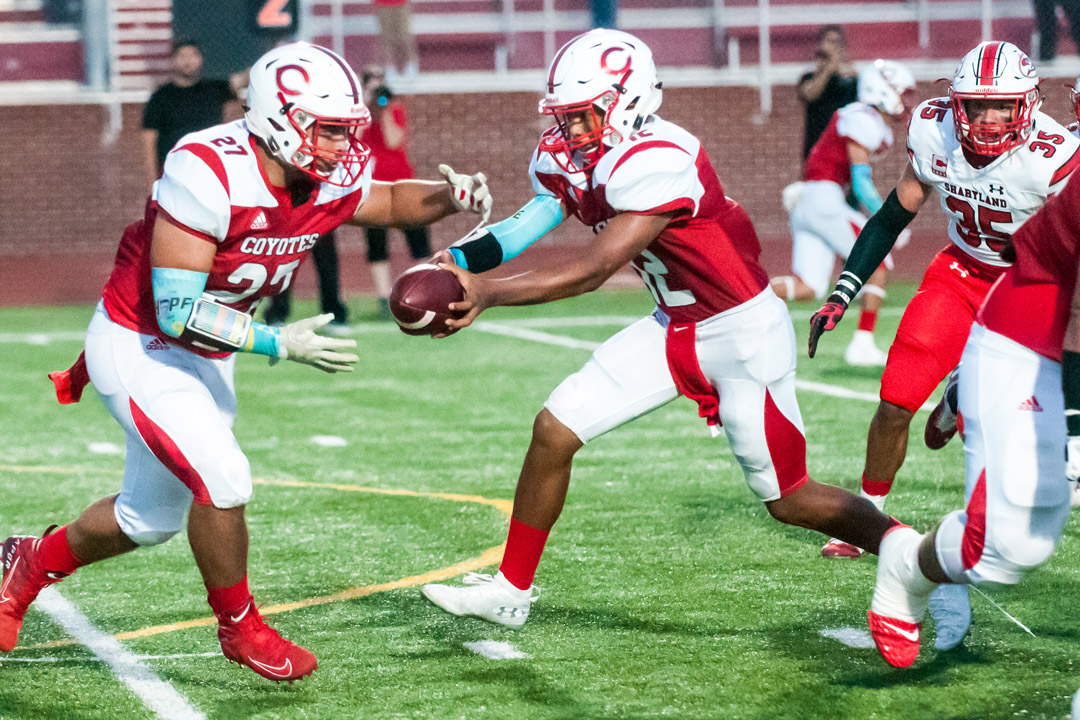 With one district loss each, the Palmview Lobos and the Sharyland Rattlers are still very much in the hunt for possible district championships. As a matter of fact, if either or both of these teams win out, they will be assured of at the very least a share of the district title. Therefore what it comes down to is that these five teams all control their own district championship and/or playoff destinies.

So it goes without saying that with only four weeks left in the regular season, these five teams all have a lot to play for.

What about the 1-2 La Joya Coyotes and the 0-3 Juarez-Lincoln Huskies, you may ask. Don’t they have something to play for as well? Yes they do. And while these two teams may not be playing for district titles, they still have plenty of reasons to take to the gridiron and play hard from here on out. And while pride is one of those reasons, it certainly is not the only one. That’s because while these two teams have gotten off to slow starts, neither one has been mathematically eliminated from the playoff race yet. As a matter of fact, the Coyotes are just one game behind the McAllen Memorial Mustangs and the PSJA Bears who are currently tied for third place in District 30-6A so they certainly have a lot to play for.

So while the Coyotes are still alive in the playoff hunt, La Joya head football coach Reuben Farias is not even thinking about his teams’ playoff chances. Instead he is focused on a much more immediate matter, his teams’ head-to-head matchup against the Huskies at La Joya ISD Pack Stadium tonight.

“When we play our sister schools, records don’t matter,” said Farias. “It’s going to be a physical game and it’s going to be an emotional game. Also, I believe it’s their (Huskies) homecoming game so they’re going to be playing to win; especially after losing a tough one to Mission. So it’s not so much a matter of them not having a good year, they’ve just been on the short end of some tough games.”

“They’ve got some explosive kids that are pretty good so if we’re not ready, we’re going to have a tough time,” added Farias. “That’s one thing I tell the boys, that they’ve got to be ready to play no matter what. We’re going to get their A game so we better be able to match that intensity and we have to be ready to execute what we’re trying to do.”

With the 3-0 Mission Eagles and the 3-0 Nikki Rowe Warriors atop the district standings and with the 2-1 McAllen Memorial Mustangs and the 2-1 PSJA Bears tied for third, the Coyotes really need a win tonight to even up their record at 2-2 as they prepare to play PSJA North, Mission and Nikki Rowe in the weeks to come.

When asked what it’s going to take for the Coyotes to finish strong, Farias said, “Offensively we’ve got to be able to convert every time we’re in the red zone, play offense flawlessly, take care of the football, maintain long drives to make the game slower and control the clock. Defensively we’ve got to avoid giving up big plays and we’ve got to try to get as many three-and-outs as we can get. As for our special teams, we need to improve.

That’s an area where we need to get a little bit better and while we have been getting better, we need to do so week-in-and-week-out.”

Last year the Coyotes defeated the Huskies by a score of 20-0.

Besides this game, and the Pioneer Diamondbacks at Sharyland Rattlers game, which is the Progress Times game of the week, the only other game involving Big 7 teams on tonight’s schedule is the Mission Eagles at the PSJA North Raiders. The Eagles barely escaped with a victory against the Juarez-Lincoln Huskies last week as the two teams combined for 61 points in the first half and zero points in the second half. As a result, the halftime score of 31-30 in favor of the Eagles was also the final score.

If the Eagles want to guarantee themselves of continuing to have at least a share of the District 30-6A lead going into Week 9, they will have to take care of business against the Raiders. Otherwise they could find themselves in second place or possibly in a three or four way tie for first. Seeing as how the Eagles fell to the Raiders by a score of 41-31 last year, Coach Koy Detmer and his squad should be well motivated to turn the tables on the Raiders tonight and have a happy bus ride home to Mission with a 4-0 district record afterwards.

Both of these games are scheduled to kick off at 7:30 pm this evening.