The City of Palmhurst held its 8th annual National Night Out event, a nationwide celebration between members of the public and law enforcement agencies. Though the National Night Out campaign celebrated its 35th anniversary last August, Palmhurst typically waits until October to participate due to the heat. 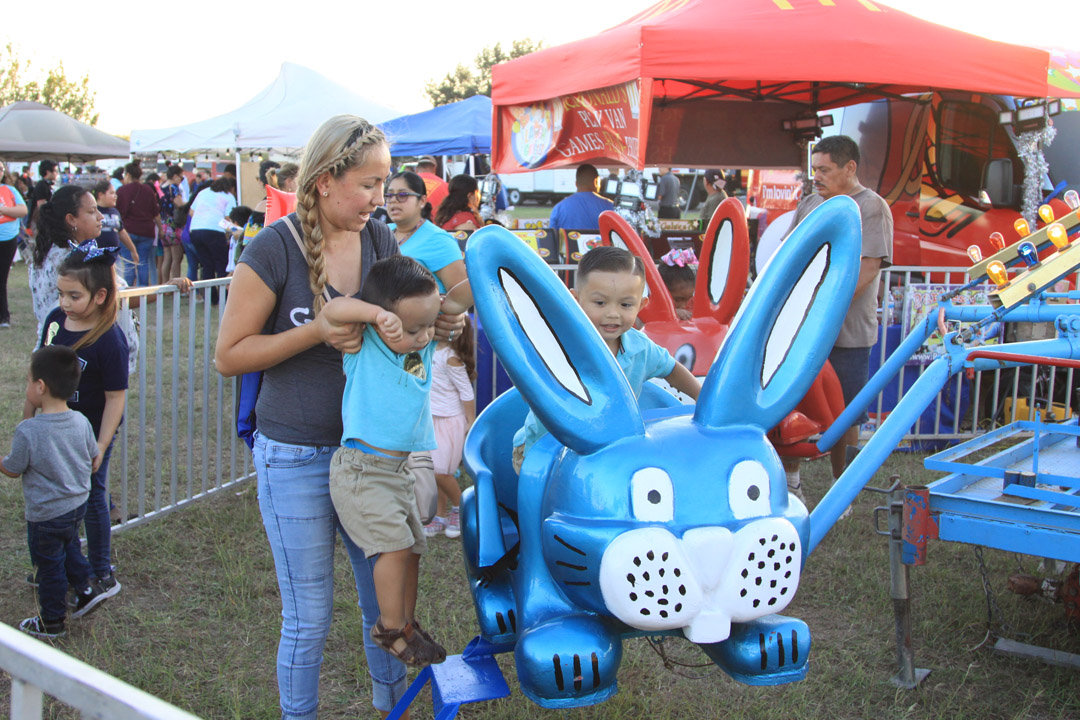 “We wanted an event to bring the community together,” Palmhurst police Chief Michael Vela said. “This is one day out of the year we can all get together to communicate with each other on any issues. It’s to show the community we support them in the biggest event the city throws.”

The nearly 1,200 attendees were greeted at the event by law enforcement agents from the Texas Department of Public Safety, Hidalgo County Sheriff’s Office and police officers from the cities of Mission, Palmhurst, Alton and more.

Performers from the Mission, Sharyland and La Joya school districts provided entertainment and kids enjoyed a carnival, petting zoo and vendors from local organizations who were handing free gifts to the public.

Serving as the emcee for the event was state Rep. Sergio Muñoz Jr. who highlighted the bond between the community and law enforcement agencies.

Hidalgo County Sheriff “J.E.” Eddie Guerra was at the event and stressed the need of a working relationship between the public and law enforcement officers.

“It builds trust and helps put a face to the badge,” Guerra said. “We cannot do our job in law enforcement without our community. They’re our biggest partner in law enforcement. If they don’t have that trust, then they may not report a crime that they’ve seen and because of that, we won’t be able to solve that crime or prevent it from happening again. “

Tuesday’s National Night Out was held nearly two months after the death of Texas State Trooper Moises Sanchez, who died as a result of injuries he sustained from a gunshot to the head while responding to a traffic incident in Edinburg last April. Previously, Mission police Cpl. Jose Luis “Speedy” Espericueta was killed in the line of duty last summer.

These events, Guerra said, highlight the need for National Night Out.

Among the attendees was Alton resident Edith Castillo who arrived at the event with her two toddlers. She said she was driving by the church and saw the carnival and thought it would be fun to attend with her kids.

‘I didn’t even know it was for a police related event but I’m glad it’s happening,” Castillo said. “Building a strong relationship between us and the police is a great message. I’d definitely come again.”