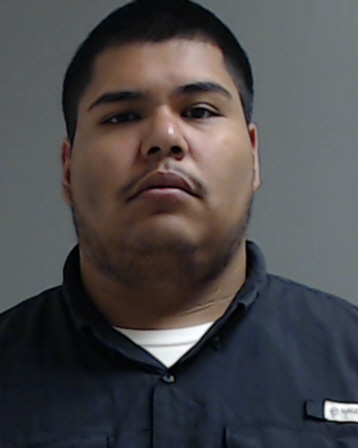 Sepulveda is accused of arresting two men, performing oral sex on them and releasing them without charges, according to federal court records. After an investigation by the FBI and the Hidalgo County Sheriff’s Office, federal prosecutors filed charges against Sepulveda on Oct. 17.

“The charges allege Sepulveda violated the civil rights of two individuals while acting under his authority as a uniformed police officer,” according to a news release from the U.S. Attorney’s Office for the Southern District of Texas.

Sepulveda remained in custody Monday and couldn’t be reached for comment. His brother, who attended the initial appearance, declined to comment.

The investigation started in June, when a 20-year-old Mercedes man contacted the Sheriff’s Office.

He said a Progreso police officer wearing a nameplate with the initials “M.S.” arrested him on June 28.

“The officer told him that he was under arrest for not having a driver’s license and vehicular insurance and that he was going to be deported to Mexico,” according to a probable cause affidavit prepared by the Sheriff’s Office.

When they arrived at the Progreso Police Department, the 20-year-old man said he was scared of being deported.

“The officer took him to an office away from the jail cell where he was asked personal questions about his sexual life,” according to the probable cause affidavit.

After telling the 20-year-old man to turn off the lights, the officer performed oral sex on him.

Any sexual activity between a police officer and a person in custody is illegal.

When he finished, the officer released the 20-year-old man without any charges.

He wasn’t the only victim. The Sheriff’s Office also interviewed a 17-year-old man who told a similar story.

“The Defendant informed Person B he would take them home, but that Person B would have to do a favor for him first,” according to the federal criminal complaint.

The Sheriff’s Office corroborated the story with video from police department cameras and data from Sepulveda’s cell phone.

Investigators charged Sepulveda with two counts of sexual assault, a second-degree felony; two counts of violating the civil rights of a person in custody, a state jail felony; and one count of official oppression, a Class A misdemeanor.

Federal prosecutors filed a new case against Sepulveda on Oct. 17, when he was charged with two counts of deprivation of rights under color of law.

If convicted on the federal charges, Sepulveda faces a maximum sentence of life in prison.