Despite being known as a month of horror, a local man is reminding patrons at Mission’s Speer Memorial Library of one of October’s biggest celebrations. 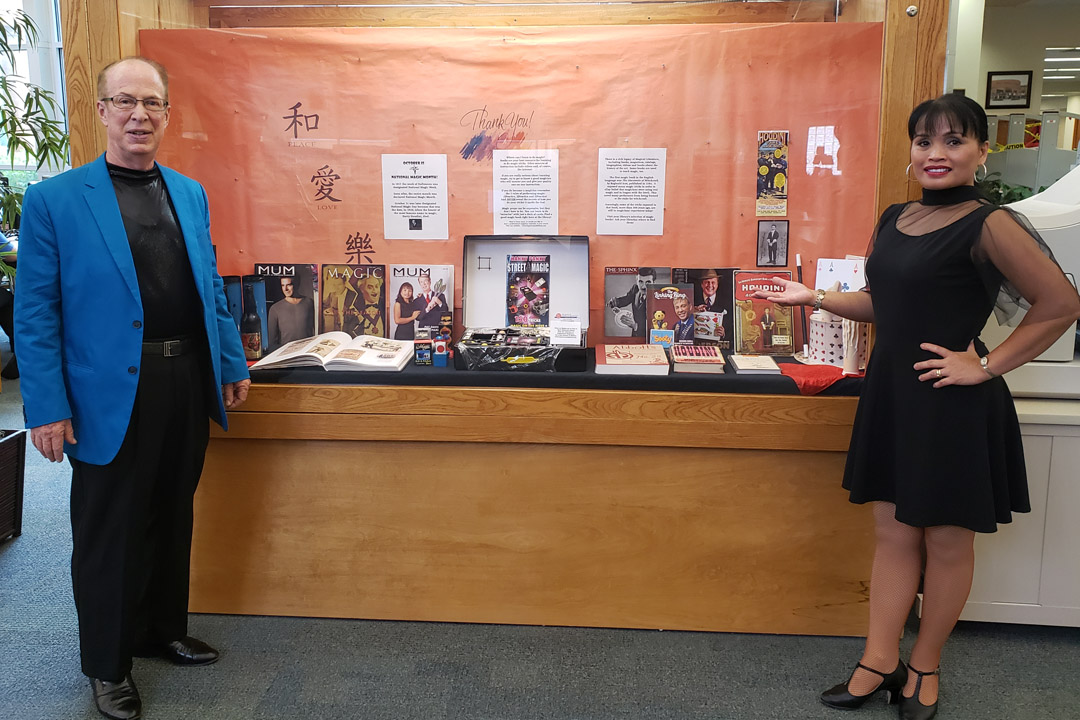 “It’s to commemorate Harry Houdini, who died on Oct. 31, 1926, he’s the most famous name in magic,” Davison said.
The display shows several copies of the magician magazine MUM: The Society of American Magicians, a magician’s kit, books on Harry Houdini and magician’s props.

“Not very many people are aware of it,” Davison said of National Magic Month.”We want to raise awareness of it and we want to promote the art of magic and give people the opportunity to learn about magicians. The month ties in to the idea of mystery and spooky stuff you expect from Halloween. Most days when people think of magic they think of the occult. Magic however is something fun and entertaining.”

Davison, 57, has been performing magic since he was 7 years old and performs in state fairs, RV Parks, schools and more.

He said the display might make people more curious about learning more on magic.

“It’s much easier to be a magician today because of technology and social media spreading tutorials and chances to connect with other magicians,” Davison said. “We are talking about an art form that challenges the mind and people love that. They all want to see a magic trick and figure out how it was done. It’s an entertaining puzzle.”

Even with the existence of social media, Davison argued that the best way to learn magic is through books.

“You can watch video tutorials on tricks and end up copying exactly what they are doing,” Davison explained. “To make magic entertaining, the performer has to present their own personality to make it their own. It’s fun. A friend of mine described performing magic as having a blood transfusion. The show is over but you feel so energized and tired, it feels good. You make people laugh and enjoy themselves.”