With only two weeks remaining in the Valley high school football season, five of the seven teams from the Mission, Sharyland and La Joya school districts, the Big 7, have either clinched playoff spots or remain in the hunt for one. 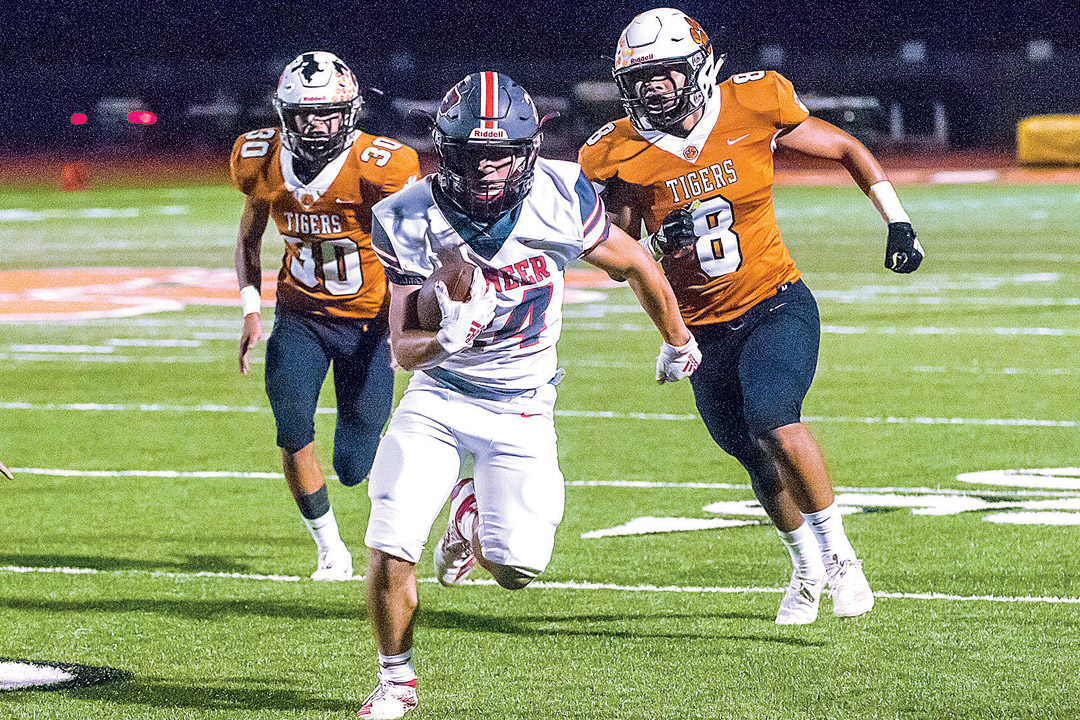 That leaves the 1-4 (3-5 overall) La Joya Coyotes and the 1-4 (2-6 overall) Juarez-Lincoln Huskies as the two Big 7 teams that have nothing more than pride to play for from here on out.

Not only have the Patriots, the Eagles and the Diamondbacks clinched playoff spots, but all three of these teams are currently in sole possession of first place in their respective districts going into this week’s games. That being said, all three of these currently undefeated teams have two one-loss teams nipping at their heels in the standings so they could all fall short of claiming either all-out, or even shared, district championships should they stumble this week and/or next.

With the Patriots, Eagles and Diamondbacks fighting for district titles and with the Lobos and the Rattlers fighting for their playoff lives, tonight’s four games involving these five teams are all crucial in one way or another.

Here we’ll take a look at three of these games. The fourth game, Mission Veterans at Palmview, is the Progress Times game of the week which is being previewed separately.

Pioneer’s most recent victims were the Laredo Cigarroa Toros who they defeated by a score of 48-6 last week. In that game, Pioneer junior quarterback Eddie Lee Marburger completed 19 of 28 pass attempts for 312 yards and five touchdowns. While Marburger did complete passes to seven different receivers against the Toros, his favorite target was junior Tristan Castillo who had five receptions for 119 yards. Castillo was also the Diamondbacks’ top rusher last week as he carried the ball five times for 148 yards and one touchdown.

Tonight the Diamondbacks will be traveling west to play the 2-2 (2-6 overall) Roma Gladiators. The Gladiators’ two wins came against Valley View (21-17) and Laredo Cigarroa (40-0), while their two District 16-5A-II losses were to Sharyland (43-3) and Edcouch Elsa (28-22). Last year the Diamondbacks defeated the Gladiators by a score of 27-7.

PSJA Bears at Mission Eagles
Having already defeated one of their two one-loss District 30-6A opponents referred to earlier, the McAllen Memorial Mustangs, the Mission Eagles will be taking on the 4-1 (5-3 overall) PSJA Bears at Tom Landry Hall of Fame Stadium tonight.

While the Eagles are undefeated in district play, they have not exactly been blowing their district opponents away. Case in point, three of their four wins have been by a total margin of seven points. This includes a 13-10 overtime victory over the McAllen Bulldogs, a 31-30 squeaker against the Juarez-Lincoln Huskies in which neither team scored a single point in the second half and of course the thrilling last second 28-25 victory over the McAllen Memorial Mustangs.

Last week, the Eagles defeated the 3-2 (6-2 overall) Nikki Rowe Warriors by a score of 24-10. In that game, Mission sophomore quarterback Jeremy Duran completed 15 of 21 pass attempts for 187 yards. All three of the Eagles’ touchdowns last week came on passes from Duran to three different receivers, Jose Cortez, Steve Villarreal and Andrew Maldonado.

Last year the Eagles defeated the Bears by a score of 24-7.

That’s because they are currently in fifth place in the district, half a game behind the 2-2 Roma Gladiators.

However, if the Rattlers are going to avoid missing out on the playoffs for the first time since the 2007 season, and for the first time under head coach Ron Adame, they need to take care of business tonight against the 0-4 (2-6 overall) Valley View Tigers. In addition, they will also need Roma to lose at least one of their two remaining games.

The fact that the Rattlers defeated the Gladiators in Week 5 does give Sharyland the tie-breaking advantage over Roma should both teams finish with 3-3 records.

However, if Roma wins out, they will clinch either the third or the fourth seed and while it would still be possible for the Rattlers to finish district play tied with the 3-1 Mercedes Tigers at 3-3, the Tigers defeated the Rattlers last week giving Mercedes the tie-breaking advantage over Sharyland.

With Roma playing Mercedes next week, it is a given that one of these teams will win and one will lose. So should the Rattlers defeat Valley View, Mercedes lose to Cigarroa and Roma lose to Pioneer tonight, and then should Roma defeat Mercedes next week, that will result in a three-way tie between the Rattlers, the Gladiators and the Tigers for third and fourth place. In that case, head-to-head results will be the first tie-breaker and positive points will be the second. However, once the third place team is determined, then a tie-breaker will be needed between the two remaining teams for fourth place and head-to-head results will be the determining factor there.

Last year the Rattlers defeated Valley View by a score of 14-10.