Vendors and artisans were able to spotlight their goods, attendees were treated to folklorico entertainment, monarch butterflies flooded the gardens and cultural art was on full display at the Mission Historical Museum last weekend.

In celebration of Dia de los Muertos, the museum held their annual folklife festival – Noche de Calacas – last Saturday, Oct. 26. Local leaders, residents and patrons from across the Valley were present to honor the Mexican traditions in the community and remember the lives of loved ones who have passed on. 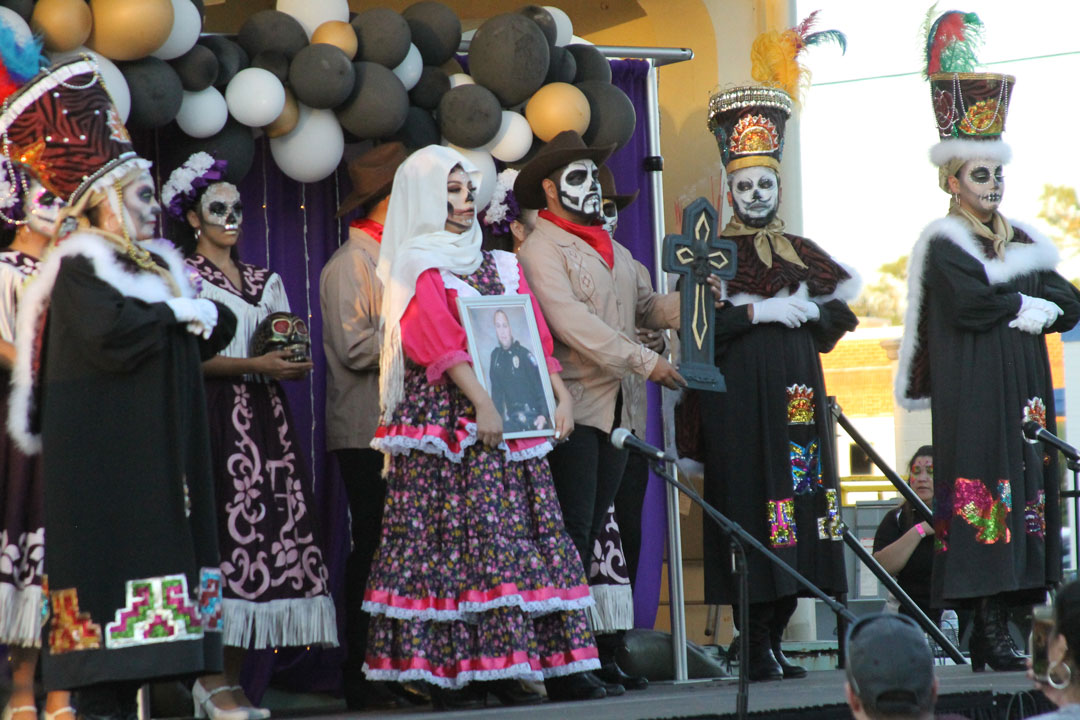 “It’s very obvious that Mission has always had the Hispanic culture in its background, and it has grown since 1908,” Mayor Armando O’caña said. “It’s just appropriate that we’re here at the museum, where history is being taught to our community.”

O’caña added it was important to keep cultural beliefs and values in Mission.

“They may be from Mexico, but keep in mind that the river does not have boundaries on families,” O’caña said, pointing out there were leaders from Mission; Valle Hermoso, Tamaulipas; Francisco I. Madero, Coahuila and Río Bravo, Tamaulipas. “I’m very excited that so many people are in tune with the concept and are able to come this weekend, actively participating, bringing in their culture and sharing it with us.”

MHM Director Cynthia Stojanovic spoke highly of the work that was put into making the event a success, and was glad to see so many people turn out for the evening.

“We did a lot of different things this year,” Stojanovic said. “We do it all by hand, it’s beautiful. It started with just eight little altars in the building, and now it’s grown.”

When they entered the museum itself, people were able to view a community altar exhibit, a traditional sand painting done by Mexican artists, Dia de los Muertos-themed paintings and a special altar built by Mission’s sister city Francisco I. Madero (in Coahuila) in honor and remembrance of fallen Police Corporal Jose Luis “Speedy” Espericueta.

A loss that still echoes throughout the community, several moments were dedicated to his life during the festival.

Danza Folklorico Internacional NAHUCALLI, a group that came to Mission from sister city Francisco I. Madero, started their performance with an entrance fit for Speedy. Entering from the side of the stage, the dancers (appropriately donning colorful garments and wearing makeup that made them look like calaveras), carried a photograph of Corporal Espericueta, a cross, flowers, and candles as they travelled around the audience before returning to the platform. As the music swelled, each dancer paid tribute to Espericueta and bowed, spotlighting the true meaning of Dia de los Muertos and the cultural impact it can make.