Residents near Alton arrived to the city police department with their bikes in tow Thursday.

The residents, many of them family members, arrived to have lights installed on their bicycles-free of charge. 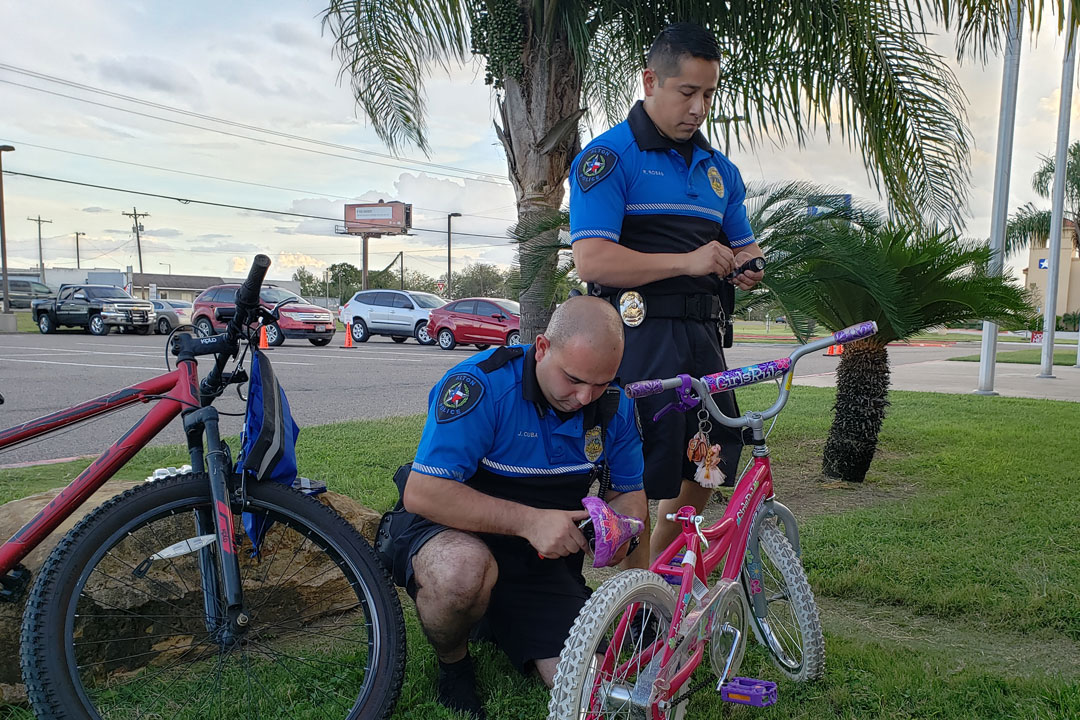 To help residents accommodate that law, the Alton police department invited the public to come to the city police department, Thursday, Oct. 24 with their bikes to have rear and front lights installed by the department’s bike patrol unit.

“I’m not sure how many people are aware of the law so we’re trying to spread awareness,” Flores said Thursday. “We’ve been getting the word out to the community that we will be here installing lights on the bikes and ensure the equipment is working properly so our community can ride comfortably and safely for free.”

According to the cycling organization Share The Road Texas, Hidalgo County had fourteen fatal crashes between 2007-2012, which ties it with Bexar County for the county with the third-most cycling deaths in the state.

Flores said the police department began preparing for the event after they were approached by City Manager Jeff Underwood who shared with him concerns regarding people riding along the streets of Alton in the dark.

“It’s a safety issue so we are making sure people are visible at night so we avoid any accidents,” Flores said. “People operating motor vehicles are going to want to see when there’s someone riding a bike on the road and this initiative serves to ensure they are visible.”

Many of the residents who showed up to have their lights installed said they were not familiar with the Texas law regarding bike lights but expressed appreciation for the police department getting the word out on it.

“I didn’t know about this law but it’s a good thing they’re letting people know about it now,” said Minerva Romero, an Alton resident who showed up to the event with her two kids and their bikes. “If people are riding a bike when it’s dark and people are driving it becomes an issue if we don’t see them. Kids can now ride their bikes in the evenings or later and be more safe.”

Flores said the event last week was meant to serve as a pilot run and could continue if more members of the public express an interest in receiving free lights.

“We’re all about the community and everything we can do to ensure our community is safe, we will do this again if there is a need,” Flores said.