Missionites with an appetite were treated last Thursday at the Mission Event Center.

Last week, the city of Mission in conjunction with the Mission Economic Development Corporation and the Greater Mission Chamber of Commerce held the first Foodpreneur Fest. The festival was started in order to recognize the local entrepreneurs in the food industry as well as provide donations to the Mission Food Pantry. 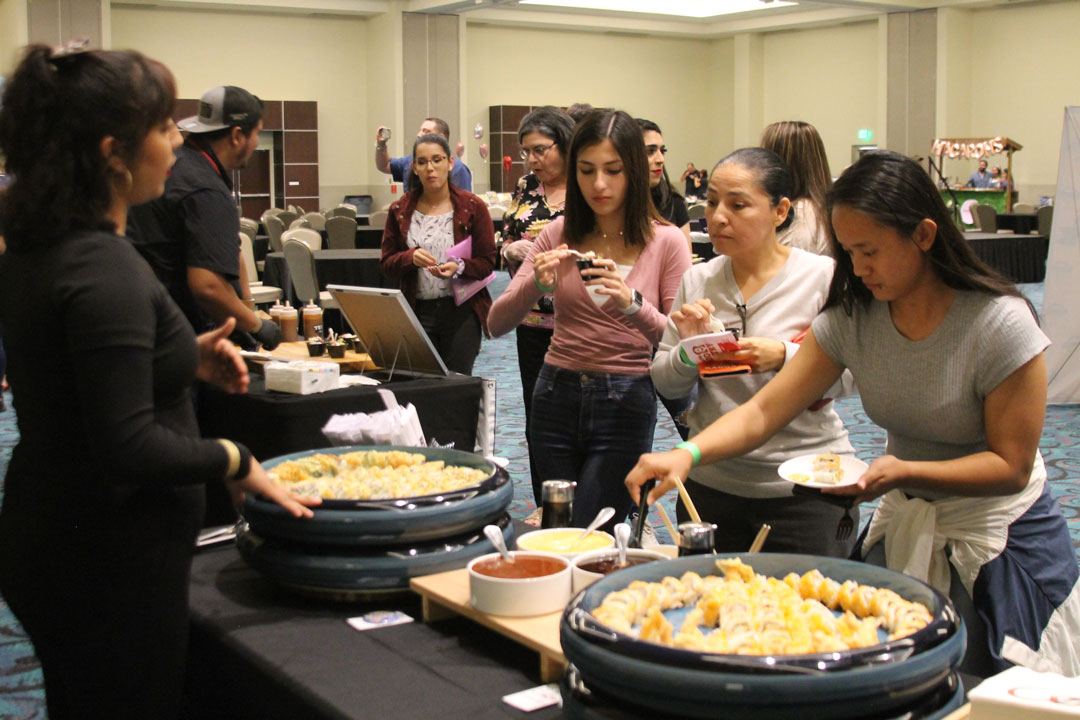 Proceeds from the event were donated to the Mission Food Pantry, which has been in operation since 1987. Adela Ortega, the manager of the organization (located at 115 S. Mayberry St.), was excited to see several city entities coming together to contribute to the cause.

“We were a group of Christian women who would go from church to church in the 80&rsquo;s, asking people if they needed help,&rdquo; Ortega said, explaining the origins of the Mission Food Pantry. “So we decided, ‘why don&rsquo;t we just start a pantry where all the churches can refer to a one-stop shop.&rdquo;

The Mission Food Pantry assist families in cases of emergency. According to Ortega, the organization provides aid to over 100 families per month.

“We just depend on volunteers and donations from the community and different organizations,&rdquo; Ortega said, noting that they were not connected to the RGV Food Bank.

The Foodpreneur Fest included samples from restaurants and food vendors throughout the RGV, and also featured samples of beer from 5×5 Brewing Co. and L&F Distributors. Foodies were treated to an evening of sushi, wings, chicken salad, pizza, tamales, Italian water ice and more.

The Foodpreneur Fest left residents full, giving them a sense of what is offered at some new eateries. It also started a new tradition of honoring the accomplishments and successes of a local food entrepreneur: Pilar Gonzalez of “Dip It by Pilar.&rdquo;

Gonzalez has been named as the first Texan to be a Stacy&rsquo;s Rise Project finalist, and will be pitching her product to a panel of judges comprised of food experts and executives from PepsiCo, according to a press release from the city.

For Ortega, it was a good feeling to see so many Mission residents and people from across the RGV gather in support of the industry, and the Mission Food Pantry.

“It&rsquo;s wonderful to partner up with them, because this [festival] wouldn&rsquo;t happen by itself,&rdquo; Ortega said. “It&rsquo;s a meaningful idea that is very rewarding, because it will give me the opportunity to buy more food for people who are in need.&rdquo;

Ortega also spoke about an upcoming garage sale that will be put on by the Mission Food Pantry tomorrow, Nov. 2 and next Saturday, Nov. 9 at the marketplace area next to the Greater Mission Chamber of Commerce.

“From then on if it works out, it will be every second Saturday of every month at the marketplace,&rdquo; Ortega said. “Set up is from 8 a.m. to 9 a.m., and the sale is from 10 a.m. to 3 p.m. And we&rsquo;ll take anything they want to sell, antiques, whatever. It costs $10 for a spot [at the garage sale], and all the money goes back to the Pantry.&rdquo;