Much loved and well-travelled, Ed Welliver has settled down in Mission – and looks back at his flying days fondly.

Captain Edwin Welliver, the owner of the Oleander Acres RV Resort (located at 2421 S Conway Ave.), recently reunited with the friends he made as part of the 70-01 Reese Air Base Pilot Class. 50 years after their graduation, the veteran pilots were hosted by the 33rd Fighter Wing at Eglin Air Force Base in Florida from Sept. 24 through 28 this year. 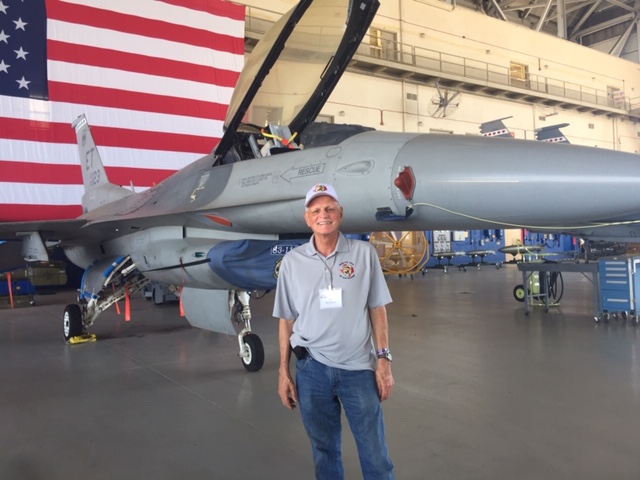 Members of his class flew numerous missions in Vietnam, Cambodia and Laos as well as support missions in Europe, Africa and Asia. In the 1970&rsquo;s, Welliver himself logged over 1500 hours of flying C-130s in the United States and Europe, having the opportunity to be lifted higher than he had ever imagined.

“I always thought it was better to be looking down than it was to be packing a gun through the rice paddies, honestly,&rdquo; Welliver laughed. “I guess we all have those dreams of getting up above everything.&rdquo;

Originally from Missouri, Welliver said that in those days serving your country was not an option.

“At my age, it wasn&rsquo;t a choice, you were going to be in the military,&rdquo; Welliver said. “Our family didn&rsquo;t really have any military background unless you go back to the Revolution or the war between the states.&rdquo;

Welliver had received his master&rsquo;s degree from the University of Missouri before attending pilot training.

He had been in a plane a few times before joining, unlike some of his classmates who had already flown solo.

“It was very challenging to get through the first part,&rdquo; Welliver said, noting that the best aspect of the process was getting his wings when he graduated. “When I got done with my master&rsquo;s, and I had done all the studying I wanted to do, I thought the Air Force had to be easier – and that was the hardest year of my life: pilot training.&rdquo;

Edwin started in San Antonio, began training in Lubbock, and completed his advanced pilot training in Tennessee. He was stationed at the Pope Air Force Base (which has since been absorbed by Fort Bragg and is called the Pope Army Airfield) in North Carolina, rotating intermittently for four months in the states and two months abroad.

“One of our missions was to drop paratroopers, [and] we dropped thousands,&rdquo; Welliver said. “Our theory was, why would you want to jump out of a good airplane? Although in survival school we did have that opportunity.&rdquo;

“It certainly made you believe you never wanted to get captured if you were in Vietnam,&rdquo; Welliver added. “I was a member of a fraternity in college, and that was when they still had hazing. It was a whole lot worse of a ‘Hell Week&rsquo; at survival school than you ever saw in a fraternity.&rdquo;

He recalls that in Europe, particularly during his stays in England and northern France, families in rural communities welcomed members of the U.S. military.

“I was flying mostly in the NATO [North Atlantic Treaty Organization] nations, we&rsquo;d rotate over to Germany or England, so we travelled a lot,&rdquo; Welliver said, speaking about a particular dining experience in France. “We walked over to this farmhouse, and they fixed us great eggs. They had wine, and that was all there was to drink. I don&rsquo;t drink a lot, but it was the best wine, so we all wanted to take it home. They were going around trying to find all these bottles of different sizes and shapes, to bottle us all up some wine. Of course, they were extremely friendly.&rdquo;

The 70-01 class graduated as the country was in the midst of the Vietnam conflict, and Welliver recalls the reception veterans returning from the Vietnam War received when they came home to the United States.
According to him, if you were a veteran at that time, it was not unusual to be literally spat on and degraded for your service.

“We weren&rsquo;t allowed to wear our uniforms off-base,&rdquo; Welliver said. “Most of the cinema in the U.S. was saying we shouldn&rsquo;t be in Vietnam, and [the public] took it out very personally on the troops that had no choice but to be there.&rdquo;

Welliver recalled that for a lot of veterans in the Vietnam era, returning home from service included hanging up their uniforms and rarely mentioning their service. He has found more respect for veterans today in most places, particularly South Texas. 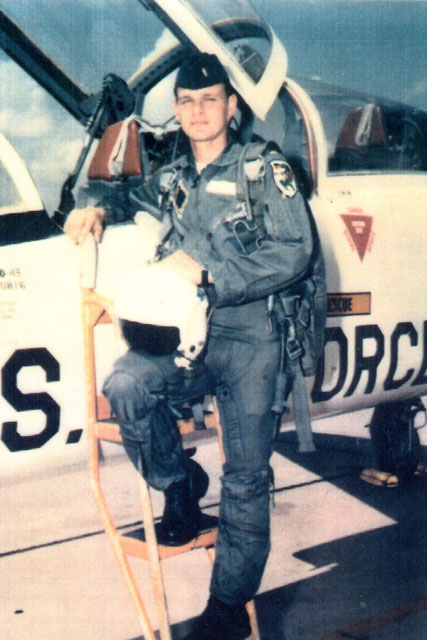 “Yesterday I sat in Diaz Diner with my friend about my age, and he had on his Marine gear,&rdquo; Welliver said. “People were coming over and thanking him for his service. He&rsquo;s from Wisconsin, and he said it would be a long time before that happened [over there].&rdquo;

Members of the 70-01 graduating class were treated to briefings on the Air Force from the Strategic Operations Command and the Air Commandos before seeing the F-35, F-16 and F-15 aircraft, traveled to Base Operations to inspect a CV-22 Osprey and an AC-130J plane. Welliver noted that there have been several technical changes to the interior of the planes since he flew.

“Whenever we were flying, the cockpit was all gauges,&rdquo; Welliver said. “Now, there&rsquo;s hardly a gauge, there are computer screens. You walk into a cockpit, and all you see are blank screens until they start it up.&rdquo;

During the reunion, class members held a memorial service at the Hurlburt Field Chapel in honor of the classmates who have passed. Welliver said that the lasting friendships found while serving are unlike anything else.

“You make such great friends whenever you&rsquo;re learning things that are on the edge of possible or impossible at that time,&rdquo; Welliver said, adding that some of the friendships forged would have never occurred had it not been for pilot training. “One of my best friends was from Boston, and we always had to ask him to speak in English, because of [his accent]. It was a language very difficult to understand for us midwesterners.&rdquo;

While he served, Welliver enjoyed the philosophy and camaraderie found in the U.S. military. For him, it felt great to see his classmates from back in the day.

Active with his children (Jensa, Seth, Jonathan, Salla Mae and David), the Mission Rotary Club and the Chamber of Commerce, Welliver has resided in Mission for about 40 years now. Needing to leave Missouri, he heard that Texas was the place to be.

“I enjoyed the warmth of the people and the land in Texas,&rdquo; Welliver said. “We came down here, I drove into Mission and I felt I was home.&rdquo;

Welliver said it was important to continue learning about the country&rsquo;s history and the lives of veterans, for the sake of the future.

“History seems to repeat itself,&rdquo; Welliver said. “I think, somewhat, people have learned that [active military and veterans] are just doing their job, and it&rsquo;s not so beneficial to disrespect them. I see a lot more respect for the job that people are doing, at least in this area.&rdquo;