It’s Week 11 of Valley high school football and not only is it possible for six of the seven football teams from the Mission, Sharyland and La Joya school districts, the Big 7, to qualify for the UIL state playoffs, but four are playing for even higher stakes – district championships.

With the 1-5 (2-7 overall) Juarez-Lincoln Huskies being the only Big 7 team that has been eliminated from playoff contention entering the final week of district play, the 2-4 (4-5 overall) La Joya Coyotes are the only one of the other six that could also find themselves on the outside looking in when it comes to the bi-district round of the playoffs next week. 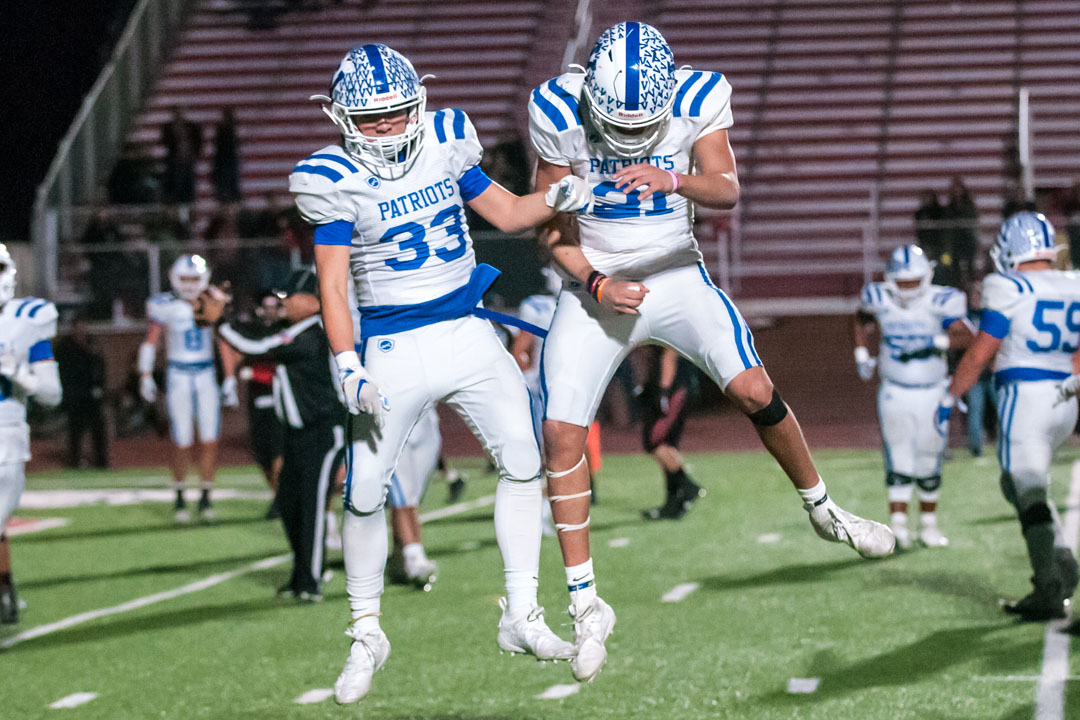 Of the remaining five teams, the Mission Veterans Patriots, the Mission Eagles, the Palmview Lobos and the Pioneer Diamondbacks are all sitting atop their respective district standings; either alone or as part of a three-way tie. That leaves the 3-3 (5-5 overall) Sharyland Rattlers as the only Big 7 team that has clinched a playoff berth but is not vying for a district title.

With the Rattlers having a bye this week, with the Palmview Lobos having played Brownsville Veterans last night and with the Mission Eagles at the La Joya Coyotes game being previewed separately as the Progress Times game of the week, we will take a look here at the other two games on tonight’s schedule involving Big 7 teams.

Brownsville Lopez Lobos at Mission Veterans Patriots
After putting together an extremely impressive 17 game winning streak against district opponents over the past three seasons, the 7-1 (7-2 overall) Mission Veterans Patriots lost a last second heart-breaker to the 7-1 (7-2 overall) Palmview Lobos last week by a score of 37-35. As a result, the Patriots find themselves in a three-way tie with those same Lobos and with the PSJA Bears as they prepare to close out their District 16-5A-I schedule by hosting the 2-6 (2-7 overall) Brownsville Lopez Lobos tonight.

While it is very likely that the Patriots will get back on the winning track against Lopez tonight to close-out their 2019 district schedule with an 8-1 record, whether or not they have to share the district title or get to claim it outright for the second year in a row, depends on how Palmview and PSJA fare against their respective Week 11 opponents. In the Lobos case that was the 5-3 (6-3 overall) Brownsville Veterans Chargers and in the Bears case that will be the 6-2 (6-3) Brownsville Pace Vikings. With the Chargers and the Vikings both vying for the final playoff spot in the district, it is entirely possible for them to both emerge victorious. And that, in addition to defeating the Lopez Lobos themselves, is exactly what the Patriots need to happen in order to be left sitting atop the District 16-5A-I hill all by themselves.

Otherwise Mission Veterans will have to share the honor just as they did at the completion of the 2017 season when they finished in a three-way tie with the Sharyland Rattlers and the Laredo Nixon Mustangs with identical 7-1 records.

Last year the Patriots defeated the Lobos by a score of 50-21.

Edcouch Elsa Yellow Jackets at Pioneer Diamondbacks
With the Mission Veterans Patriots and the Mission Eagles both losing last week, the 5-0 (8-1 overall) Pioneer Diamondbacks are the only undefeated Big 7 team remaining entering Week 11. If they are going to finish the regular season undefeated and be assured of claiming an outright district championship, both for the first time in school history, they will have to get by the 4-1 (6-3 overall) Edcouch Elsa Yellow Jackets at home tonight.

The Yellow Jackets’ only District 16-5A-II loss so far this season came at the hands of the Mercedes Tigers by a score of 31-19. Since then Edcouch Elsa has strung four wins together, with their most recent victory coming two weeks ago by the score of 28-22 against the Roma Gladiators.

Edcouch Elsa’s offense depends mostly on its rushing attack to move the ball. Against Roma last week for example, the Yellow Jackets threw the ball only four times and failed to have even one completion. They did however run the ball 40 times for 340 yards and three touchdowns. Senior running back Jose Cardenas carried the ball 14 times for 218 yards and all three of the Yellow Jackets’ touchdowns against the Gladiators. Last week’s game was the third in a row in which Cardenas rushed for over 200 yards.

The Diamondbacks’ potent offense has scored just over 50 points per game this season while the defense has allowed less than 25 points per game. Starting quarterback Eddie Lee Marburger (junior) has completed 193 of 291 pass attempts for 2,980 yards and 44 touchdowns thus far this season. He has also rushed for 573 yards and eight touchdowns on 64 carries.

Last year the Diamondbacks defeated the Yellow Jackets by a score of 30-28.