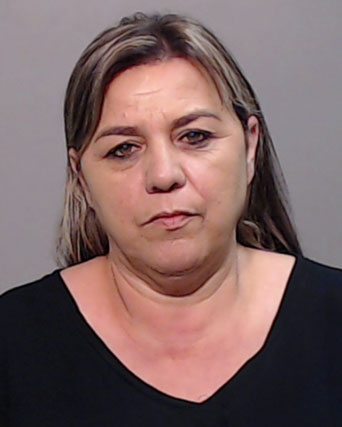 FBI agents planned to search the Cardenas family home, Flores said, and they would seize anything linked to illegal activity. Flores suggested that Gabriela Cardenas hand over her savings — $24,000 — for safekeeping.

Gabriela Cardenas agreed. She met with Flores on July 1 and counted out $24,000 in cash.

“So my wife, out of fear, gave her the money,” said Reynaldo Cardenas III, 36, of La Joya.

At first, the arrangement worked.

When she asked for the remaining $14,000, though, Sylvia Flores stopped returning phone calls.

“I’m completely innocent of these accusations,” said Sylvia Rodriguez Flores, 47, of Mission. “I’ll just wait for my day in court.”

Flores, however, remains on probation for participating in a similar scam.

In 2016, the Palmview Police Department arrested a man on drug charges. Flores convinced the man’s father to pay her $3,500.

Flores said she worked at “the Federal Building and she would talk to the Judge to have his son’s charges dismissed,” according to Mission Police Department records filed with the Hidalgo County District Clerk’s Office.

When the charges weren’t dismissed, the man contacted an attorney. The attorney told him to file a police report.

Officers arrested Flores and charged her with theft, a state jail felony.

She pleaded guilty in June 2018. A judge placed Flores on probation for three years and ordered her to pay restitution.

In both instances, Flores is accused of claiming that her connections could make criminal cases disappear.

“And at the time, people believed her because she’s always taking pictures with high political people,” Reynaldo Cardenas said.

Some people who accuse Flores of scamming them declined to press charges.

“She was in contact with my mom and my brother-in-law,” Rios said, adding that her brother-in-law paid Flores about $16,000. “She told them that she was gonna get me out, which was impossible.”

Flores promised the case would be dismissed. It wasn’t.

“Everything she told them never did happen,” Rios said. “It was just lies.”

Rios said her mother and brother-in-law, who paid Flores in cash, didn’t want to press charges. They also lacked proof of the payment.

Attorney Oscar Vega of McAllen, who represented De Hoyos, corroborated the story. He said Rios told him about what happened, though he didn’t recall the name of the woman accused of scamming her.

“What I want is for other people to know it’s a scam. Don’t fall for it,” Reynaldo Cardenas said. “She’s a con artist. Don’t give her any money.”