Police are searching for a 22-year-old man who fled the scene after a domestic dispute left two men dead at an Alton home Friday.

Oscar Armando Velasquez is wanted by Alton police on capital murder charges following the shooting, according to Alton police Chief Jonathon B. Flores. 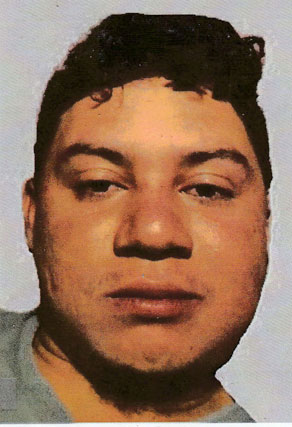 Police responded to the shooting Friday night at the 900 block of West Jefferson Street where they found two men, Carlos Perez, 34, and Eduardo Rodriguez, 25, dead from apparent gunshot wounds, Flores said at a Sunday press conference.

“Alton investigators responded to the scene and through the course of the investigation learned that there was a domestic dispute at the residence and at some point, a male named Oscar Velazquez shot the victims and fled the scene,” Flores said.

A third victim, Matthew Compeon, was located at Mission Regional Hospital with non-life threatening injuries, Flores said, adding that Compeon had been at the scene at the time of the shooting.

Velasquez, a Mexican national with no criminal history, is the boyfriend of Perez’s mother, Flores said.

“This was an isolated incident that stemmed from a domestic dispute,” Flores said. “Oscar is considered armed and dangerous and the police department is working with state and federal counterparts to find him.”