For the first time in its history, Sullivan City will participate in one of the oldest traditions in western Hidalgo County.

Oh Wednesday, Sullivan City officials celebrated the success of their first Miss Sunshine Pageant, named after the city’s motto “The city of Sunshine.” 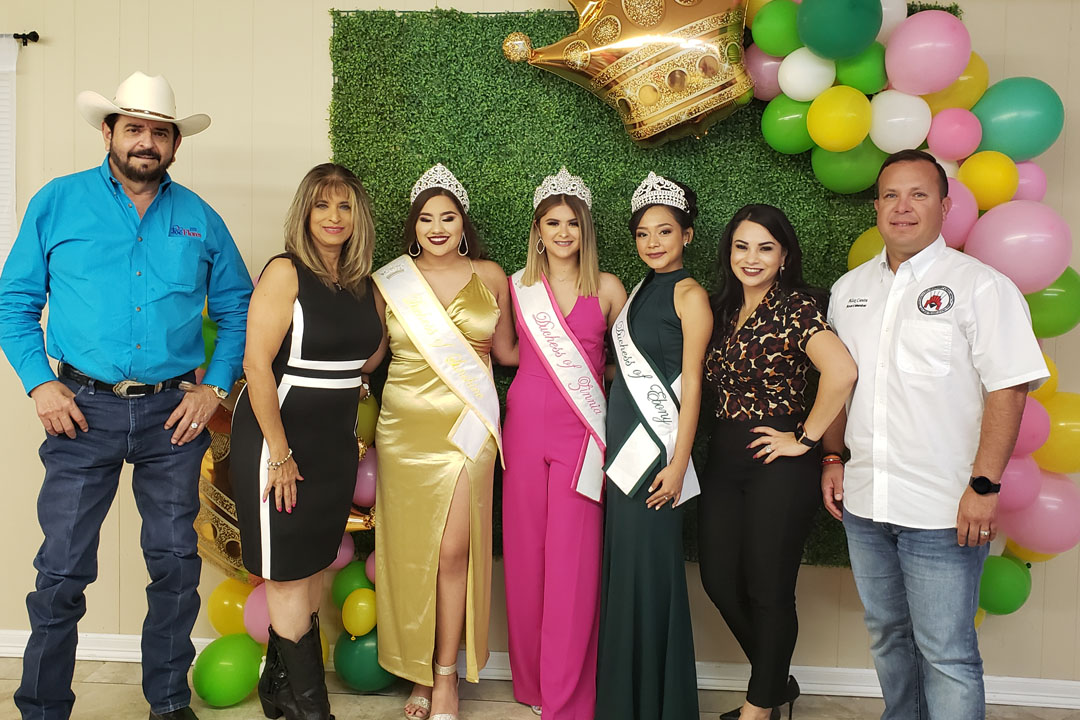 The pageant, held last February, resulted in three teens from Sullivan City who will compete for a spot at the TCF royal court next year.

“We will be participating more in Citrus Fiesta,” Hermalinda Salinas, president of the United Committee-which sets up events around the city-said Wednesday. “Our city is rising and we will win. Everything has been progressing, we’re getting everything for the best and it’s for the community.”

Typically, Sullivan City participates at TCF by having their fire truck and police cars be part of the annual Parade of Oranges, Sullivan City Mayor Leonel “Leo” Garcia said. For years, however, the city has been discussing the possibility of having a pageant to have Sullivan City represented in the chance to be given TCF’s top title of Queen Citrianna.

“We’re coming and we’re going in strong,” Garcia said. “We will push it and challenge every city here. Every girl from every city deserves a chance to be on that court.”

“They’re the ones who made it happen for the girls and this city,” Garcia said, adding that with the sponsorship the girls were provided with dresses, shoes and crowns for the pageant.

Also honored at the event was Diana Flores, owner of Peñitas’ Flores Floral Shop. According to Salinas, Flores has been helping Sullivan City throughout the years by providing several items ranging from plaques, bouquets, linens and chair covers from her floral shop.

Flores is also involved in the cities of Palmview and La Joya where she serves on the board of directors for the Palmview Chamber of Commerce and as host for the La Joya VFW Auxiliary Bingo.

These thoughts were echoed by Alex Cantu, a Sullivan City native who attended the dinner.

“It’s for the kids so what better way to come back to my hometown and try to give back so another child can have the opportunity to represent Sullivan City,” Alex Cantu said. “We support any child, but it was extra special here, this is near and dear to me.”

The actions from the honored donors exemplified the support the duchesses are getting from their own community, Verastegui said.

“I’m surrounded with two other duchesses and I feel more comfortable because we’re not alone,” Verastegui said. “The community being behind us like this exemplifies that support and why we don’t feel alone even though we’re the first girls doing this. We’re so proud to be from here and we hope to take it a long way in the pageant.”