Though they started the season as rivals during the Battle of Conway, the Mission Eagles and Mission Veterans broke bread and had pizza together to wish each other luck this weekend as they face their respective opponents at the championship playoffs. 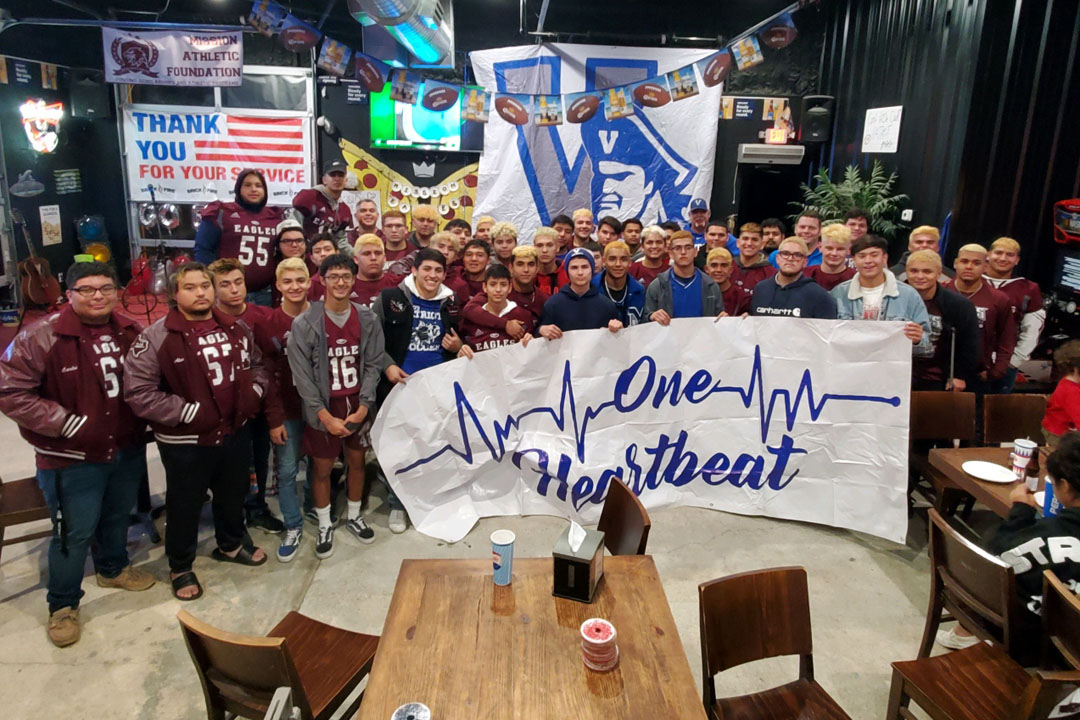 “Mission has never had two schools in the championship playoffs at the same time so we knew we’d have to put both teams together so they can cheer each other on,” Kevin Jaime, president of the Mission Athletic Foundation said. “We felt it was important to unite the city of Mission to support both teams. These are our boys, it’s so unique having two different district champions in one town so we wanted to celebrate that as we send them off to the playoffs with good food, prayer and community. We hope they both win, the entire town is rooting for them both.”

In support of both teams, Brick Fire pledged to donate 15 percent of all proceeds made that evening to the athletic foundation, who said they’d divide it equally among both football programs.

Nearly 50 members from both teams attended the dinner.
“We’re being team players tonight, we’re not competing against each other as we’re a 5A school and they’re a 6A school,” Mission Veterans head Coach David Gilpin said. “Hopefully the community can rally behind both teams, there’s no rivalry left for both of us. We’re not playing each other again until next year in a non-district game. We wish them the best of luck and hopefully they feel the same.”

“The boys being here shows the community has a lot of talent and support and a great environment to nurture these kids in athletics,” Longoria said. “Students appreciate community members doing stuff like this. Several of them come from humble homes and don’t get too many chances to get out and do stuff like this, it’s beautiful when this gets done for the kids.”