Once he graduates from high school, Johnathan Martinez is going from Lobo to Bobcat.

On Tues. Nov. 12, Martinez signed a letter of intent to play baseball for Texas State University in San Marcos. 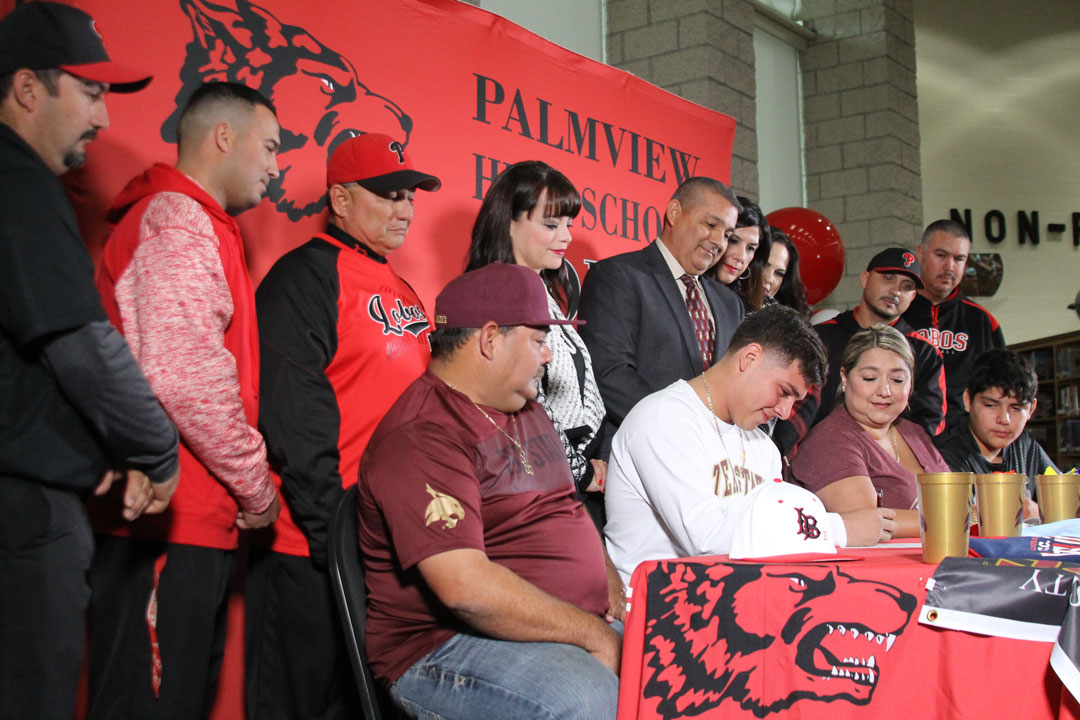 The Palmview High School senior was recently named one of the top ten prospects in college baseball in the state by Texas High School Baseball.

Surrounded by his coaches, family and fellow athletes and friends, Martinez said he was grateful for everyone who helped him on the journey so far.

“It&rsquo;s a good day for me and my family,&rdquo; Martinez said, tearing up as he looked to his parents and brother and thanked them. “I&rsquo;ve been playing baseball since I was four. I&rsquo;m very appreciative.&rdquo;

“This is a testament of hard work and putting your mind and all of yourself into it while having a vision and a goal,&rdquo; Garza said. “[He] is an example of what the talent of the Rio Grande Valley has to offer.&rdquo;

Palmview High School Principal Yvonne Ayala said it was not just his athletic ability that got him into Texas State, but his academics as well.

“Johnathan has not only excelled out on the baseball field, but in the classroom as well,&rdquo; Ayala said. “He has challenged himself, taking dual enrollment classes and AP classes, and his hard work has paid off.&rdquo;