The La Joya Housing Authority board on Tuesday agreed to fix a myriad of financial and management problems identified by auditors. 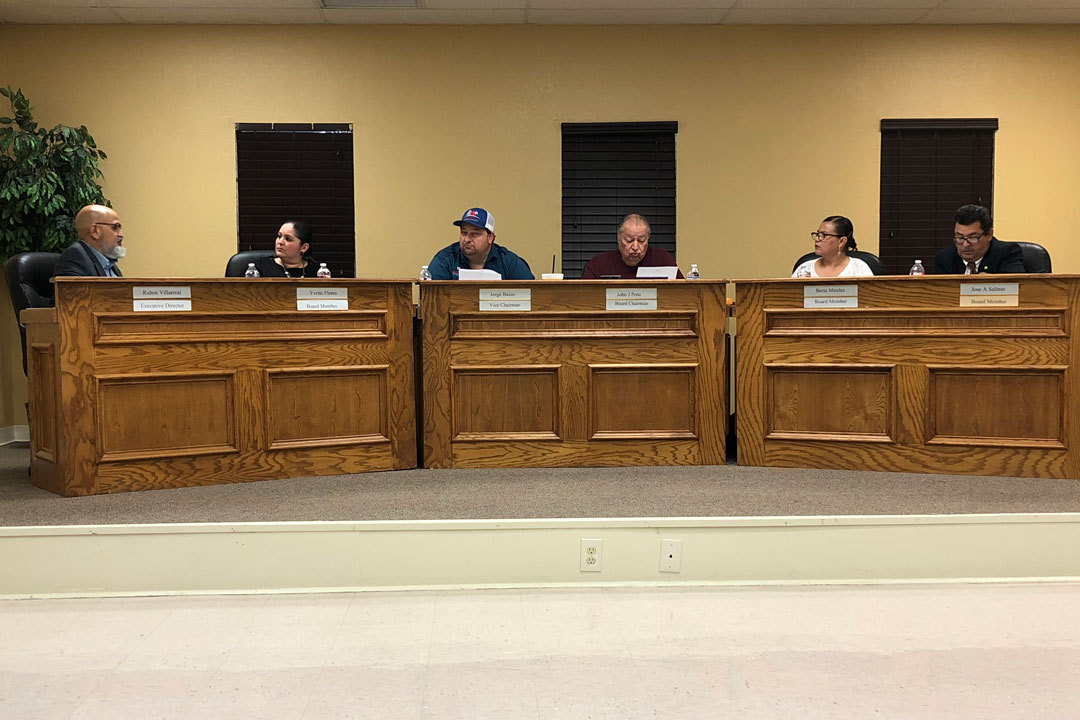 The housing authority board agreed to fix the problems during a meeting Tuesday afternoon. Members passed a resolution, which addressed the audit, and approved a recovery agreement with HUD.

“They’re legitimate concerns,” said Executive Director Ruben Villarreal, adding that HUD asked the housing authority to adopt a procurement policy and properly document board meetings. “We’re satisfying what they see as our deficiencies.”

Other problems identified by auditors included tenants who skipped the waiting list as “political favors,” improper transfers between housing authority bank accounts and board members who spent housing authority money on alcoholic beverages.

The resolution addressed the audit point-by-point.

Villarreal and the board promised not to interfere with the waiting list, agreed to adopt a policy on bank account transfers and suspended all travel for one year.

“Mr. Villarreal has given us very good guidance,” said board Chairman John Pena. “There was a lot of things that us board members didn’t understand. A lot of business stuff.”

Villarreal, who accepted the job in September, inherited a dizzying array of problems.

The housing authority hadn’t received funding from HUD since November 2018, Villarreal said, and about 52% of tenants had fallen behind on rent.

“The failing score is due to the Authority spending more than it earns, poor rent collection, and below average occupancy of units,” according to a July 1 letter from HUD to the housing authority. “The La Joya Housing Authority has a history of corrupt management and poor oversight by the Board of Commissioners. This history continues as evidenced by the significant deficiencies and material weaknesses noted in the recently issued Single Audit for the fiscal year ended December 31, 2018.”

HUD sent a follow-up letter on Oct. 31, asking the housing authority to address the problems within 30 days.

“During the course of the audit, we were informed of fraudulent activity that involved several Public Housing Tenants who were selected from the wait list out of order as ‘political favors’ and the employees were instructed by the previous Executive Director to select tenants that did not comply with the criteria listed above,” according to the Oct. 31 letter from HUD to the housing authority, which quoted the 2018 audit.

HUD requested a response from the housing authority.

HUD also asked the housing authority to address concerns about improper spending by an employee and board members.

“Specific items that we deemed unallowable were alcoholic beverages reimbursed by federal program to employee/board members,” according to the Oct. 31 letter, which quoted the 2018 audit. “Specific items that we deemed unreasonable, and areas of waste and/or abuse, occurred when several meals were on a receipt that was reimbursed to a single board member with no documentation on who the other meals were for (sic), it was unclear if it was another board member or family members or spouses. In addition, these individuals received per diem amounts for attending conference with no documented plan.”

After reviewing the letter, the board agreed to adopt a travel policy.