Once she graduates from Palmview High School, Gissel Gonzalez will become a Lady Vaquero for the University of Texas Rio Grande Valley.

On Tuesday, Gonzalez became the second athlete from her campus to sign a letter of intent this school year. 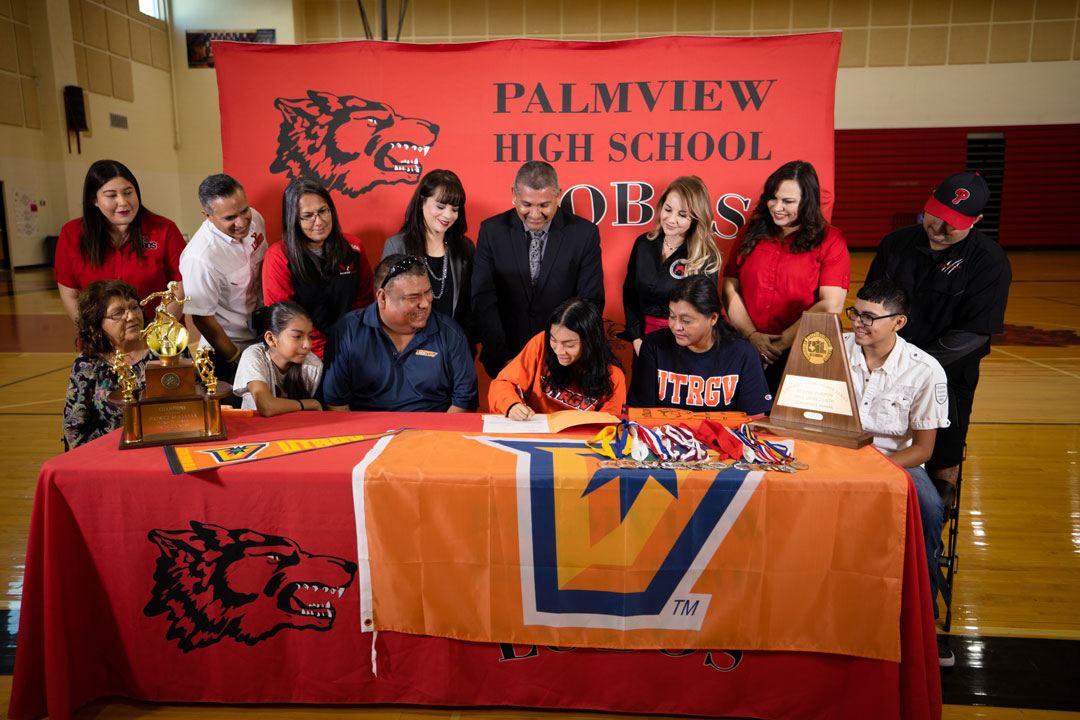 Surrounded by family, coaches and administrators with the La Joya school district, Gonzalez signed a letter of intent to attend UTRGV on a cross country scholarship.

At the signing ceremony, she thanked those in attendance, and through tears recognized her parents for the hard work they’ve put in supporting her.

“You’ve always been so supportive of me even when you were tired and dropped me off at school early in the morning for practice, so thanks for getting me that car,” Gonzalez told her parents. “Thank you for always pushing me. Thank you mami for never giving up.”

Gonzalez is a two-time regional qualifier who will be studying kinesiology at UTRGV and hopes to come back and be a trainer at Palmview High School, Principal Yvonne Ayala said.

“We know this was miles and miles of hard work of early practices, many hours, but all of that has paid off,” Ayala said. “We are very proud of you. Soon you will become a Vaquera at UTRGV, but remember you will always be a Lobo.”

“It’s important to know there were long hours early in the morning and in the summer when all of us were sleeping in where she and her teammates were running early to practice,” Garza said. “They put in 70 miles a week in training. That’s what it entails. It is important for us to understand getting to this moment, what has been the whole process of what she’s gone through.”

“She’s a leader in the field, “Garza said. “Above that she also had to become a good student and exceeded that with her high ACT score. For student athletes, it’s not just a question of how good a runner you are, it’s how good a student you are. We hope you continue on that path and help our student athletes.”