Mission officials exemplified the spirit of the season last week as they provided food to 250 needy families in the city. 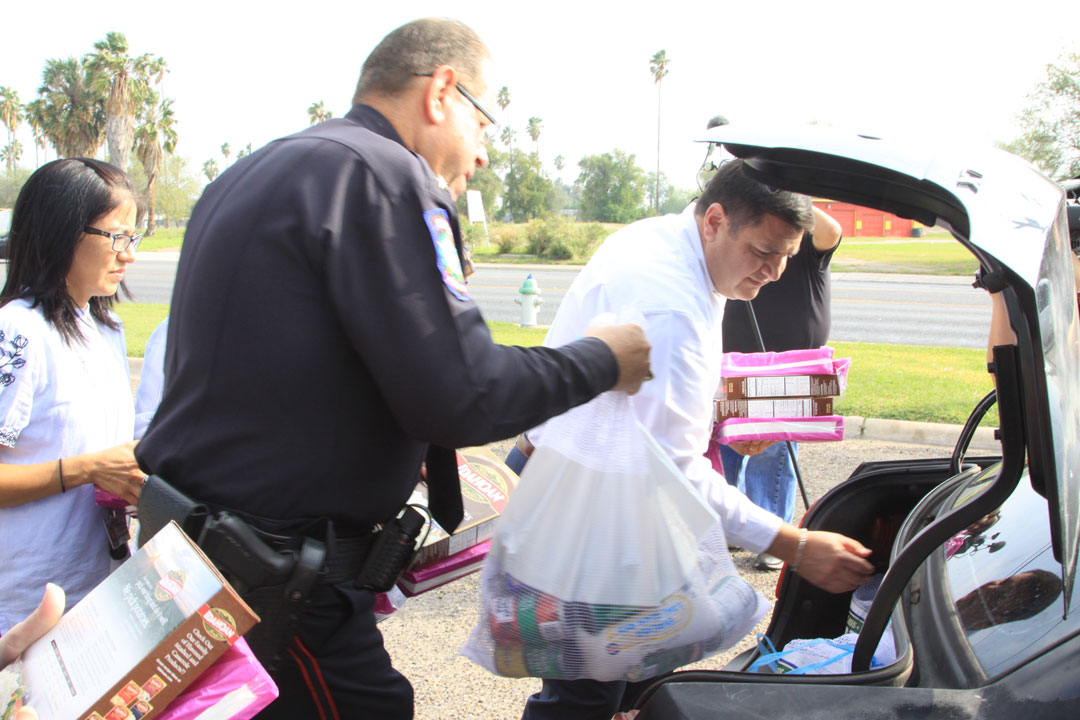