Students in the Rio Grande Valley hoping for a career in the medical field will get more help to pursue an education thanks to South Texas College.

Last week, STC officials announced the start of their first bachelor’s degree program in nursing, RN-to BSN degree program to address the shortage of nurses in the state. 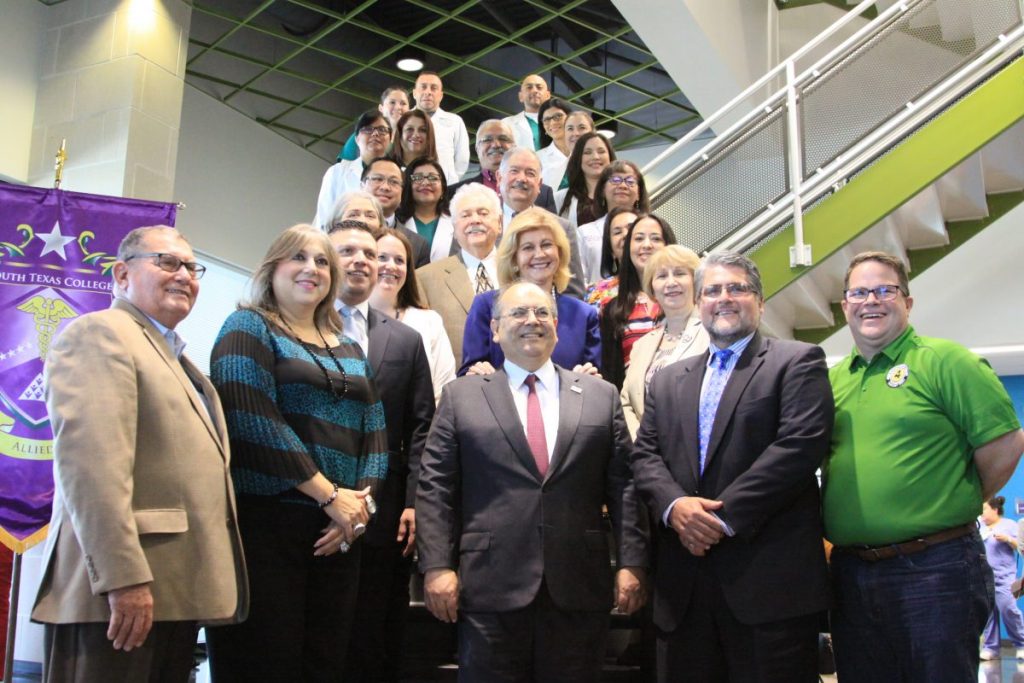 The program is set to begin next spring and is the fifth baccalaureate degree program offered at STC.

“Students who have graduated with an associate’s degree in nursing and who are registered nurses are now coming back to earn their bachelor’s of science in nursing, STC President Shirley A. Reed said Monday, Nov. 25. “We have been working on this for 16 years and it’s finally materialized. It’s great for the Valley.”

The announcement was made at a news conference attended by STC officials who were introduced to the first group of students who have been accepted into the program.

“The healthcare delivery system is becoming more complex. Patient acuity is increasing and according to statistics, between 2010 and 2030, one in five Americans will be reaching the age of 65 years old and above,” Jayson Valerio, dean of STC’s Nursing and Allied Health Campus said. “Along with that aging population, there will be an increasing occurrence of chronic illnesses so we need a highly educated nursing workforce to take care of the people within our community.”

The National Academy of Medicine is recommending at least 80 percent of nurses in the workforce to be baccalaureate prepared by 2020, according to a news release from STC.

STC initially held a media event in 2017 with Valley lawmakers announcing the passage of Texas Senate Bill 2118 during the 85th Legislative Session, which authorized public junior colleges to offer baccalaureate degree programs in the fields of applied science, applied technology, and nursing.

Nearly three years later, the program has been approved by its accrediting agency, the Southern Association of Colleges and Schools (SACS) for authorization as well as by the Texas Higher Education Coordinating Board and the Texas Board of Nursing to begin the BSN program by spring 2020, according to a news release from STC.

“It’s been an incredible battle, there’s been a lot of pushback from a lot of fronts,” Reed said Monday. “There’s this perception that a two-year college doesn’t have the academic rigor or quality of a major university to have a program like this. We have outstanding faculty, we have proven how strong and prepared our nurses are for the last 20 years. They just need an opportunity to go to the next step in their career path.”

According to Reed, the University of Texas Rio Grande Valley has a similar program but for undergraduate students. STC’s program only accepts licensed registered nurses who already have extensive nursing experiences to complete the program in three semesters.

While the Associate Degree Nursing program the college offers is tasked with instructing students on the basic nursing and technical aspects, the BSN curriculum will be focused more on leadership, critical thinking, nursing informatics, management and supervision as well as research and evidence-based courses to prepare students for supervisory leadership roles, major management positions in the healthcare industry and will be on the career path to be future teachers in nursing programs, Reed said.

The BSN program will be comprised of classes that will be a hybrid of online and traditional learning. All the courses will be conducted in eight-week minimesters for full-time and part-time tracks according to a news release from STC.

“Most of the work will be online but we will have to regularly meet with them face-to-face, it’s one of the things future students recommended in my interviews with them,” STC Program Chair for the ADN & BSN Program Christine Candelaria said. “They need to have somebody there to touch base with when they have questions instead of being on the computer.”

Due to the accelerated pace, full-time students will likely complete their BSN within one year of beginning the program while the part-time track will take 18 months to complete, Candelaria said.

To be accepted into the program, students must have completed their core classes and be registered nurses practicing in the medical field. Only 30 students will be accepted per semester.

Among the program’s first 30 students is Filemon Cuellar III, an RN who said the BSN program is his next stepping stone to receiving a master’s in nursing degree.

Cuellar, 39, said he received RN experience working at Knapp Medical Center and Doctors Hospital at Renaissance. He said he dropped out of high school at 17 and became a medic while in the army to save lives instead of taking them. His daughter inspired him to apply to the program, he said.

“This is a stepping stone for me to get to the next level of my education,” Cuellar III said. “I haven’t yet decided to be a nurse practitioner or nurse anesthetist but I know this will help. I heard about this program two years ago and applied as soon as it was open. I’m just getting mentally ready to hit the books again.”