Instead of celebrating her birthday in the evening, Nereyda Aguayo spent it at the La Joya police station so her children could get a Christmas gift.

On Monday, Dec. 9, officers with the La Joya Police Department distributed 150 toys to children waiting outside the station during the department’s third annual toy giveaway. 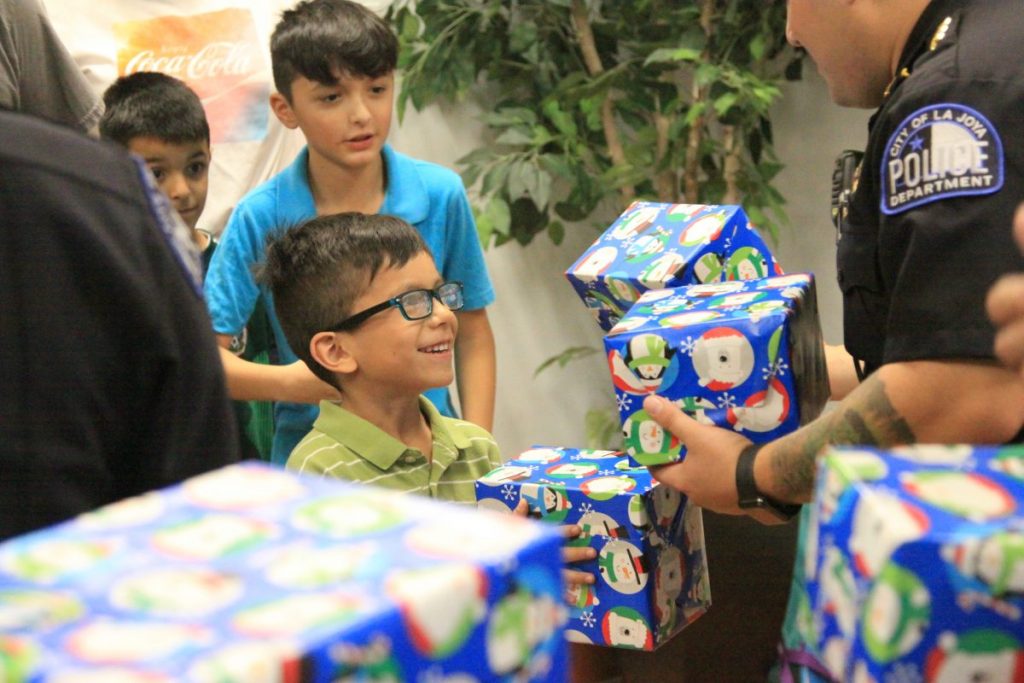 Aguayo, who spent the weekend with her family in San Antonio, made the giveaway her first stop back home.

“The kids are tired from the trip but I thought it would be important for them to participate,” Aguayo said. “It’s the second year we’ve done this and like last year, I want them to understand how not everyone can have this kind of stuff and to appreciate what they have. Plus it’s good for the community that they’re here and we’re running into friends and catching up in line.”

Within the first 15 minutes of the giveaway, more than half of the toys had been distributed.

“We’re doing this so any unfortunate family can have at least one toy to open on Christmas,” La Joya police Chief Adolfo Arriaga said. “It’s been very positive for the community; we’ve had a lot of great feedback from people and it’s a very good feeling to see their smile after kids receive a gift.”

The new toys that were given out to kids were either purchased by the police department or donated by members of the public, Arriaga said, adding that they have more than 150 presents to distribute in case more than 150 people show up.

“Some of the parents can’t buy presents so that’s why we’re doing this for every boy and girl here,” Arriaga said. “This was created to serve the community because even though we serve them, we needed to find a way to be out there for the community. If it wasn’t for them we wouldn’t be here so we need to take care of our community and serve them.”

Any leftover toys, Arriaga said, would be distributed either during the city’s upcoming Christmas parade happening Saturday, Dec. 14 at 10 a.m. and during a toy giveaway at the city’s Headstart program that same day.

“We’re out there for them and we want to show the public how friendly we can be,” Arriaga said. “It’s why we removed the black tint from our units, so that people can see who is in our units and recognize and know the officers we have.”