Strong winds caused a brush fire on the dump site of the Mission Sanitation Department Tuesday.
That’s according to city Sanitation Director Cesar Gutierrez who said the fire was contained within an hour. No injuries were reported in the brush fire near 105 Abelino Farias Rd. that had multiple city fire vehicles battling the blaze that lasted until shortly after 4 p.m. 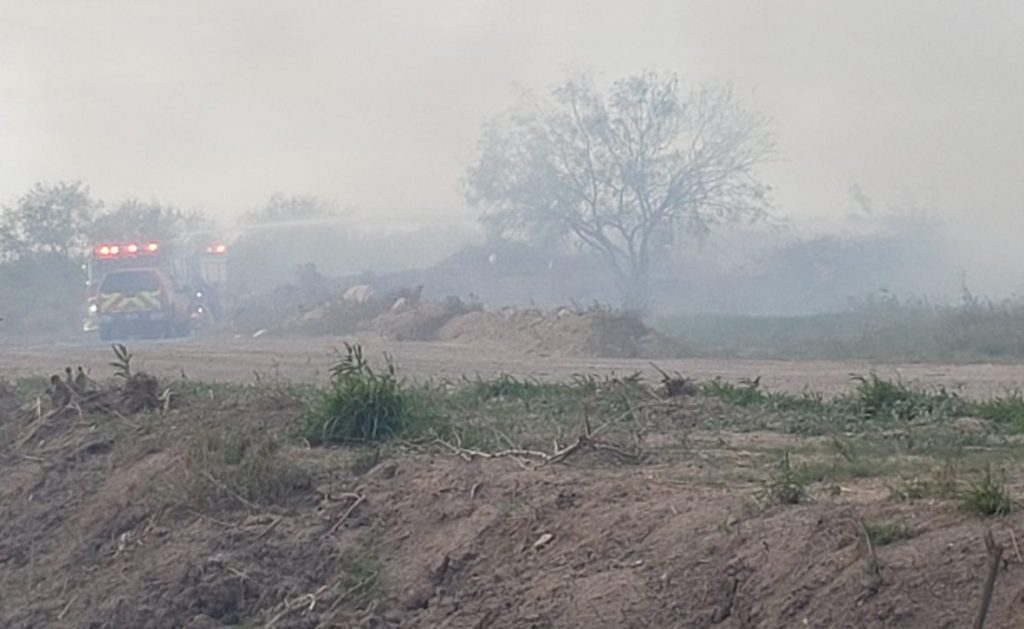 “We think that ash from one of our air curtain burners was picked up by the strong winds in the area and carried to nearby brush which created the fire,” Gutierrez said. “We were surprised as we weren’t doing any controlled burning in our designated area due to the strong winds and the machine had been off since yesterday.”
The sanitation department doesn’t burn brush if wind speed is more than 9 knots per hour, or 10 miles per hour Gutierrez said. The National Weather Service reported wind speeds of 25 miles per hour in the area Tuesday.
“Brush fires like these are rare, all that’s left of the fire right now is lots of smoke which is just an effect of firefighters still spraying the area.

Drivers are urged to drive with caution due to the large amount of smoke in the area.