Following 11 months of campaigning and a runoff election, La Joya Mayor Jose A. “Fito” Salinas stepped down from his seat on the city commission Tuesday as commissioners swore in a new mayor.

Former city police Chief Isidro Casanova was sworn into office during a special meeting alongside his running mates-former Agua SUD Director Roger Hernandez and real estate agent Laura Mendiola Macias-forming a new majority on the city commission. “It was a very interesting election, luckily things went well,” Casanova said. “The people of La Joya spoke and the numbers showed that. With that in mind, we do have a lot of work to do. We promised change and a better community and that’s exactly what we will do.” 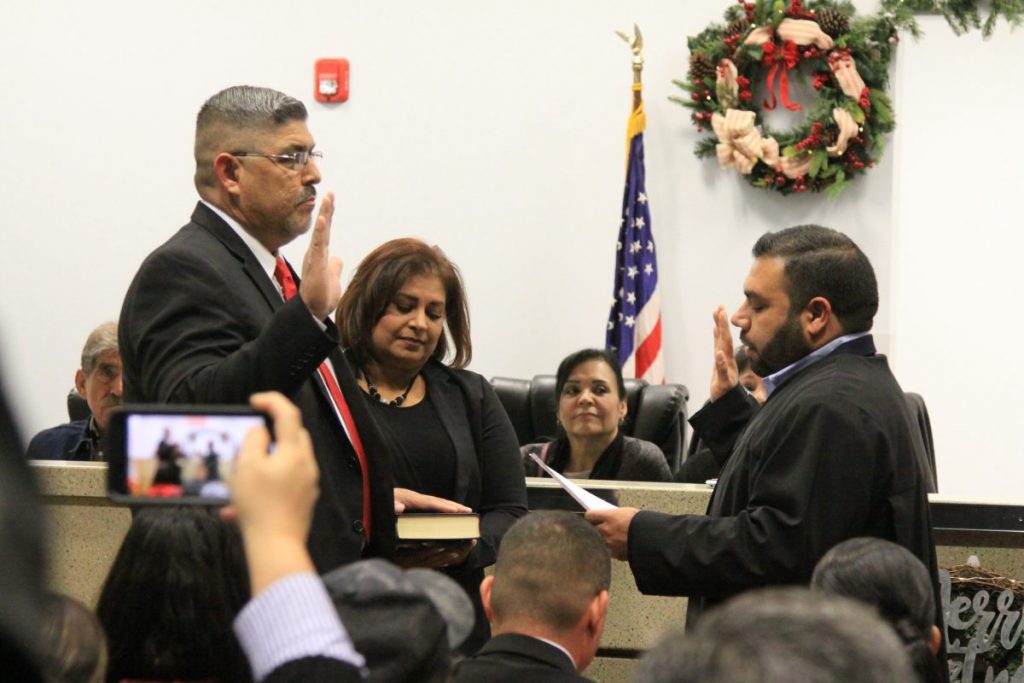 Salinas was elected in 2011, beating longtime mayor Billy Leo and was elected again in 2015 after beating former police chief Isidro Casanova who defeated him earlier this month.

Salinas congratulated Casanova and his running mates before exiting the meeting.

“You will be undertaking a great challenge in leading the great city of La Joya,” Salinas said. “You’re also inheriting a very healthy general fund balance. The people of La Joya and myself will support you 100 percent.”

“All that stuff may have helped us,” Casanova said Tuesday. “Citizens saw what was going on at city hall and realized, ‘enough is enough. It’s time for change.’”

Among the projects Casanova said he is prioritizing is a completion of an audit of the city’s budget and maintenance of the city’s water treatment plant which was recently fined by the Texas Commission on Environmental Equality.

“We were fined for irregularities at the plant that we need to look into and address as soon as possible,” Casanova said, adding that he looks forward to his first term as mayor. “I am looking forward to the challenge, and a challenge it will be.”