The Mission Housing Authority kicked off the new year with a restructured board and an interim executive director.

During a special Thursday meeting, the board hired Antonio “Tony” Sandoval, 73, to serve as the housing authority’s interim executive director as the housing authority searches for a permanent replacement to their former executive director, Joel A. Gonzalez. “I’m very upbeat about this, people are very enthusiastic and I promised to hit the ground running,” Sandoval said. 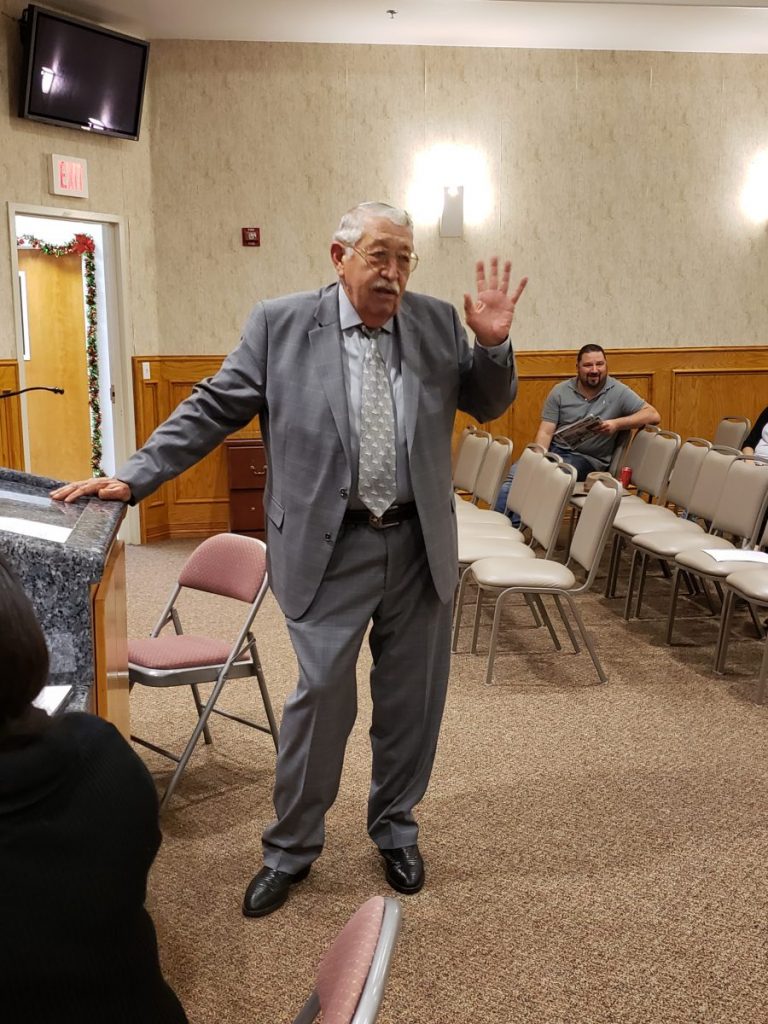 Sandoval served as executive director for the Edcouch Housing Authority for six years before retiring in 2018. Prior to that he served as county auditor and as business manager for several local school districts, the Elsa native said.

“I have over 40 years of experience in the accounting and administrative profession and told them that I can be available at any time,” Sandoval said.

Sandoval’s first day on the job was Friday, Jan. 3 where he will serve without a contract on a month-to-month basis at a pay rate of $45 per hour, he said.

“It’s only going to be for an interim until we do the executive director search,” board member Connie Garza said of Sandoval’s hiring. “He brings to the table experience and all his accounting background. We were fortunate to find a man of his caliber willing to help us out for a short time.”

Sandoval’s appointment was executed the day before payroll was administered to employees of the housing authority and board member Irma Flores Lopez stressed the need of having someone to sign checks and other legal documents. The housing authority will hold a special meeting later this month to go over applicants for a permanent executive director.

Other action taken by the board at the meeting included the swearing in of three new board members-Everardo Gomez Jr., Joe Louis Sanchez and Jesus Cantu- who were appointed by the board last month to replace outgoing board members Guadalupe “Lupe” Ozuna, Ricardo Garcia and former Chairman Romeo de la Garza.

With the restructuring, Garza and Irma Flores-Lopez were elected as the new chairman and vice chair, respectively.

Garza and Flores-Lopez, who were appointed to the board last year, regularly clashed with the former board members and former Executive Director Joel A. Gonzalez who decided not to renew his contract past its Jan. 3, 2020 expiration. Despite their rocky history, both Garza and Flores-Lopez said all four men left the board on “amicable terms.”

“We cannot undo what has happened and what has been done, the only thing we can do is move forward,” Garza said. “As a team, we have challenges and much work ahead of us. Those challenges will offer us an opportunity to create a vision for the Mission Housing Authority…Together we can create and translate that vision into reality.”

As part of creating that reality, the board approved a series of workshops and trainings that are set to happen this month. The trainings, which include a board orientation, a tour of the facilities and a mandatory employee training that usually aren’t enforced by the housing authority, are ones that Garza and Flores Lopez have regularly requested since they were sworn in.

“It’s a process that won’t take place overnight,” Garza said. “It looks like we will have a great team working together.”