Leroy Alaniz was named the new municipal judge for the city of La Joya this week. 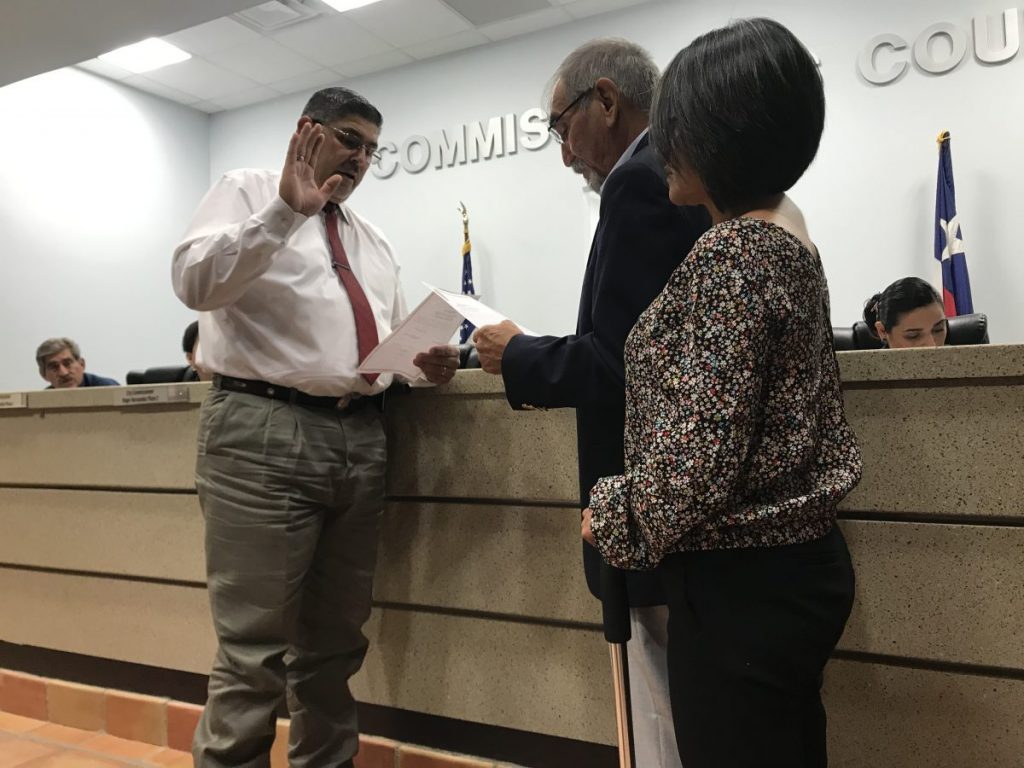 Leroy Alaniz (right) is sworn in as municipal judge for the city of La Joya by Mayor Isidro Casanova (left). Progress Times photo by Jamie Treviño.

“After the resignation, it took me a while to decide who would be the person that we want as our municipal judge,” Casanova said.

Alaniz is replacing Alejandro “Alex” Cantu, who submitted a letter of resignation from the position on Dec. 21, 2019. Alaniz was a member of the city council years ago, according to Casanova.

“[He] is also a U.S. Marine,” Casanova said. “He’s a very honest person, [he has] integrity and is a professional. He is a tough person who is going to be willing to help others, and that’s what it’s all about.”

City Administrator Jacqueline Bazan presented an item regarding the reimbursement to the Hidalgo County Urban County Program for the PJ Garza Road Project, which has been closed.

Bazan noted that the county approved the road improvement project, but halfway through the paving it was discovered by a landowner in La Joya that the road is private, and the property that was being paved was privately-owned.

“Because of that employee, and because of what the owner presented to the city as well as to Urban County, documents were reviewed and it was concluded that the road was private,” Bazan said. “Because it was a non-public road, a road that was not dedicated to the city of La Joya, it failed to qualify for an Urban County road project to improve that road and pave it.”

Paving on PJ Garza Road stopped in 2019. The project has been closed by Urban County, and because of the discovery that the road is private, La Joya had to pay the county $55,000 as a reimbursement “due to the error.”

“The moneys have already been paid back and reimbursed to Urban County,” Bazan said. “It was of the utmost importance to do that, because if we had not done that we would be excluded from participation in the Urban County program. Our city still has a lot of money left to fund other street improvements.”

According to Bazan, the $55,000 (taken from city funds) will be used in the program’s reserves for the city, and will come back to La Joya.

“As to what project they’re going to be allocated to, we don’t know yet,” Bazan said. “But they are going to be used towards future projects that [council] will approve.”

Casanova and City Attorney Roberto Jackson said that somebody had to be at fault for the oversight.

“We need to go ahead and find out what liability the engineer may or may not have in this matter,” Jackson said. “If there’s some liability, I’m sure they’re bonded, so we may be able to go that route.”

Jackson added that the citizens should not bear the burden of the city’s mistake.

City council also took several items into executive session, including a presentation by Frank Garza on Texas Commission on Environmental Quality (TCEQ) violations on the city of La Joya Sewer Plant. Garza is acting as special counsel for the city, hired to “assist in submissions with TCEQ and violations” the city was notified about.

“I’ve got a team working on this, I’ve been in contact with your city manager,” Garza said. “We’ve got a presentation to provide you [council], but we are going to get into some sensitive areas that I think are best discussed in executive session because I am going to provide some legal counsel as well and I’d rather not do it in public.”

Garza said he was recommending executive session so they wouldn’t waive any attorney/client privilege, even though it was an audit.

“My role will be to discuss the legal issues that will come with these TCEQ claims or violations,” Garza said. “Some of them are being disputed, not most of them, but I’d like to discuss the strategy in executive.”

When council returned from closed session, they approved a motion asking the city manager to proceed with what was discussed in executive.

Another item taken to closed session was a presentation by J.R. Betancourt on the agreed upon procedures and internal evaluation by a Certified Public Accountant. Following executive, council made motions to enter into a contract with J.R. Betancourt to conduct an audit as discussed with legal in closed session. 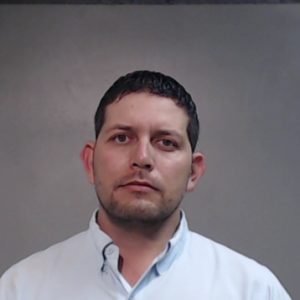 Local couples say ‘I do’ on Valentine’s Day

Agua SUD polling site to be held in Peñitas