With his hands and feet shackled, Oscar Armando Velasquez arrived Tuesday for his first court hearing more than two months after he was arrested for the death of two men in Alton.

Velasquez, a Mexican national with no criminal history, kept his head down for most of his probable cause hearing, only addressing the judge to confirm he needed a translator. 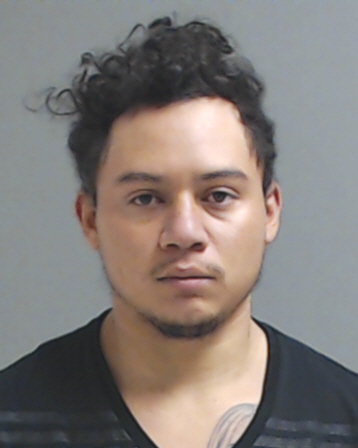 The 22-year-old was arrested last November and charged in the shooting deaths of Carlos Perez, 34, and Eduardo Rodriguez, 25 after police found their bodies at the 900 block of West Jefferson Street with apparent gunshot wounds. A third shooting victim, Matthew Compeon, was located at Mission Regional Hospital with non-life threatening injuries.

Nearly two weeks later, Velasquez was arrested at the Hidalgo-Reynosa International Bridge after fleeing to Mexico. Velasquez is the boyfriend of Perez’s mother, Alton Police Chief Jonathon B. Flores said, adding that the deaths stemmed from a domestic dispute.

“It’s high,” Reyes said of his client’s bond during the hearing.

The writ of habeas corpus, which was filed late last November, argues that Velasquez’s bond is “excessive, oppressive and beyond the financial means of OSCAR A. VELASQUEZ, in Violation of the Eighth and Fourteenth Amendments of the United States Constitution,”

Flores took no action on the application after conferring with Reyes and the state and reset Velasquez’s next probable cause hearing for Thursday, Feb. 6. Reyes was not available for comment.