The Mission Economic Development Corporation will continue to break new ground in computer science education thanks to a partnership with a New York-based organization. 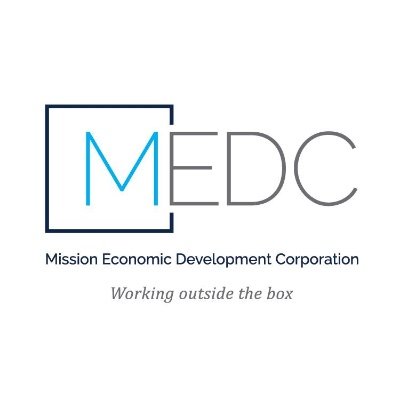 “We are putting forward a new way of thinking when it comes to computer science education,” Garza said. “This is the beginning of what we hope to be a much larger community of people from the RGV who want to create regional computer science programming.”

In its first year, CSforRGV will enact what Garza calls a “low-sensory coding jam,” a coding event for kids with autism and other neurodiverse individuals this coming March.

“We’d be the first in the Valley to have a coding program like this. When it comes to diversity, you can’t say we’re providing computer science to all if we aren’t targeting everyone,” Garza said.

CSforRGV will also fund “jam in a box,” named after the “jam” Google coding competitions. As part of “jam in the box” schools all over the Valley will receive kits on how to run a coding event in school even with a lack of a computer or IT background, Garza said.

“I hope this kicks off a mindset of collaboration between regions rather than competition,” Garza said. “CSforRGV is something that in the future won’t necessarily be led by the Mission EDC, but instead becomes a collaborative organization and project that can have voices and leaders and involvement from people interested in the state of computer science education in the Valley.”

CSforRGV is the latest program under the MEDC banner that prioritize the education and professional development of residents to ensure that for decades to come, they are preparing the public for the types of job being provided to them, Garza said.

Garza presented to the MEDC board an overview of the programs she oversees such as the CyberMission program which provides training and certifications for those who want a career in the technology field, CREW, which is a year-long internship program for high school girls who learn business skills while gaining the confidence to run a business, and Ruby Red Ventures, the MEDC’s signature program which funds and supports small businesses.

Thanks to these programs, the MEDC was awarded the 2019 Champion of Computer Science Award by Code.org and the 2019 TML Management Innovation Award for the Ruby Red Ventures Program. These programs also had a hand in the city of Mission being named a 2019 All American City, Garza said.

“All those programs are the first of their kind and we hope they expand to other parts of the Valley and set the example of what progress looks like in the RGV,” Garza said. “They are the first in the Valley to have such an initiative that allowed us to excel as innovators in the area of workforce development, being able to rethink what economic development can do for its community and rethink the ways in which we engage with our residents.”