With the Sharyland school district and other officials still not releasing new information on an investigation into an alleged abuse incident involving students from Sharyland Pioneer High School, parents and other community members voiced their concerns Monday during the school’s board’s regular monthly meeting.

The packed auditorium contained several people who had not attended a meeting before, with most of them acting openly hostile to the board as chants of “Shame on you” and “How dare you” popped up throughout the meeting and several cheers of support for speakers. 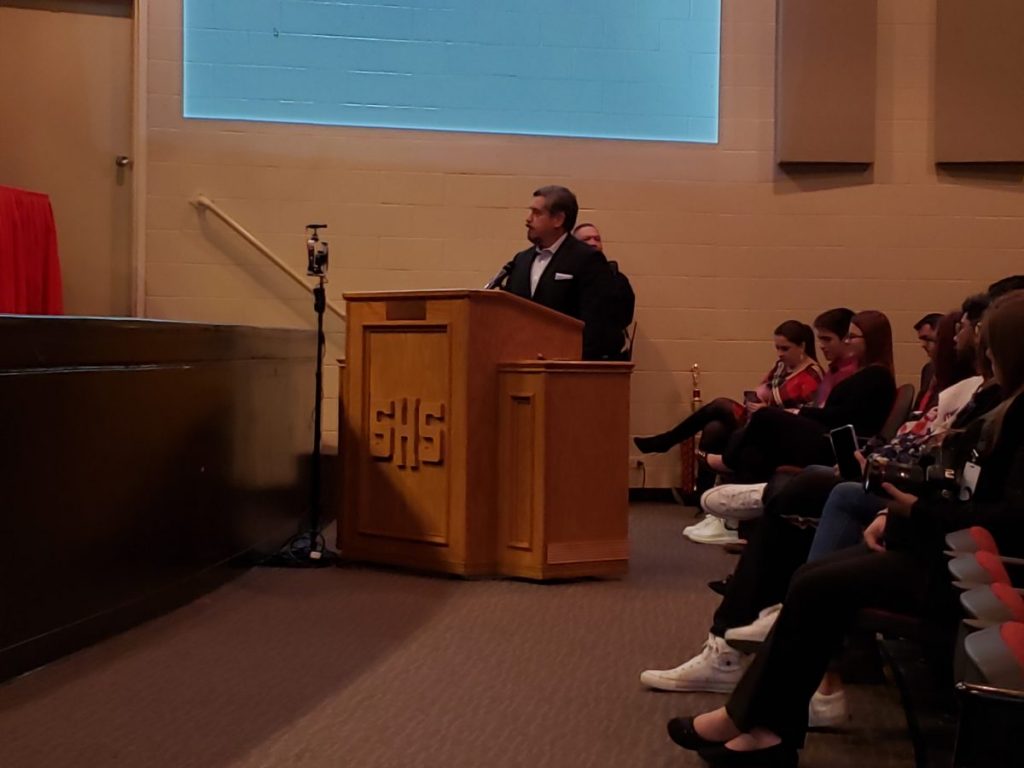 Last week, several outlets reported that the Corpus Christi Police Department were investigating what they referred to as an “inappropriate hazing incident” involving the swim team from Sharyland Pioneer High School during a swim meet in Corpus last fall. Social media has been overrun with accusations of the hazing incident which describe it as sexual assault and accuse a campus official’s son of being behind the attack.

One dozen people signed up during the meeting’s public comments and nearly all of them criticized the district and brought up similar incidents-alleging a history of cover ups and abuse throughout the years. The meeting, which was unusually packed, required those who wished to participate in the public portion of the meeting to sign up before the meeting began, confusing several attendees.

The district’s public comment policy does not allow the public policy portion of the agenda to exceed 30 minutes. With a dozen speakers participating, the district exceeded that time limit.

“If these allegations are proven to be true, they need to be dealt with in a swift and just manner,” Alejandro Rodriguez, a Mission resident told the board. “If there’s been a case of anyone covering it up, those folks should be fired and let the criminal justice system deal with it. I understand trying to keep things in house, but when you get to allegations this serious, we cannot put up with it. All of you are parents, there’s no reason anyone here should put up with this.”

Due to district policy, the board could not respond to these claims during the meeting and declined to comment afterward.

The district’s silence on this issue, according to a local lawyer not affiliated with the district, is due to legal issues preventing the district from disclosing information that could violate the privacy of a student.

A violation of FERPA laws could lead to a hefty penalty for school district’s such as the withholding of federal funds that make up as much as 20 percent of a school district’s total budget, said Ben Castillo.

“That’s why school districts are very careful when it comes to issues such as this regarding students and incidents, they have to be careful with what they say to not violate that law,” Castillo said. “FERPA laws applies to all students even if they are no longer minors. They’re getting beat up by the community at these board meetings and though they’re under so much pressure to release this information-they can’t.”

With parents expressing outrage on social media, Castillo said that parents are only looking out for their children’s best interests.

“They just want their kids to be safe at school, that message is being made clear to the board that parents want student safety ensured,” Castillo said. “I’m a parent too, I get it. You’re expressing concerns over student safety, there’s nothing wrong with that.”

This coming May, the school board will have an election for its Place 1 and 2 members, Ricky Longoria and Julio Cerda. Rolando Garcia, a parent who said he had four children and two grandchildren graduate from the school district and still has two other grandchildren attending, reminded board members of their duty to the public.

“I’ve never felt the need to come to a school board meeting because I’ve always felt the people we’ve elected are good enough, competent enough to take care of us,” Garcia said. “If you all don’t do your job, you will be replaced.”