EDINBURG – For the fourth consecutive year, the UTRGV Department of Intercollegiate Athletics is giving away 500 #RallyTheValley T-shirts, and is offering “buy one, get one free” vouchers at corporate partner locations.

The event is part of UTRGV Athletics’ fourth annual “Pack the House” night for the men’s basketball game against New Mexico State. The game is 7 p.m. Saturday, Jan. 25, at the recently renovated UTRGV Fieldhouse. 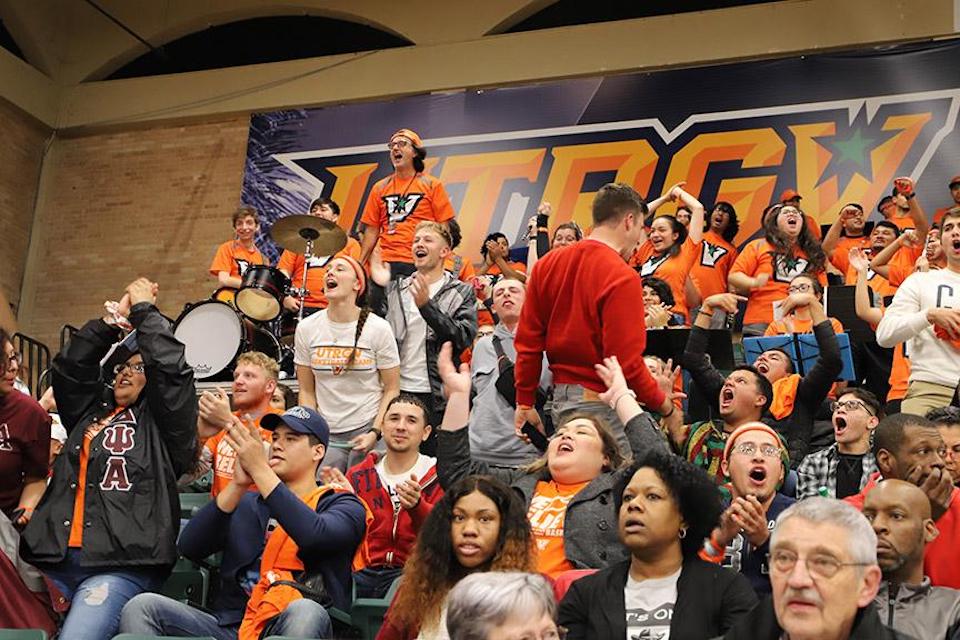 Members of the incoming freshman class who have received Top Scholarship Awards worth up to $40,000 have been invited by UTRGV Strategic Enrollment and will be honored throughout the game.

The coaching staffs of both teams will be wearing sneakers with their suits as part of Coaches vs. Cancer’s Suits and Sneakers Week, to help raise awareness for the fight against cancer.

The Pack the House party starts at 5:30 p.m. at Vaquero Village, the newly-opened community space located in the courtyard in front of the Fieldhouse.

Vouchers can be redeemed at the box office on game day or by contacting the UTRGV Fan Relationship Management Center (FRMC) team of Carlos Muñoz at 956-665-3747 and Tiffany Ochoa at 956-665-3415, or through email at tickets@utrgv.edu.