What lasts two days, involves over 60 teams and over 1,000 matches on nine mats in two gyms?

If you answered the Sharyland Pioneer Grapefruit Bowl Wrestling Championships you would be correct. 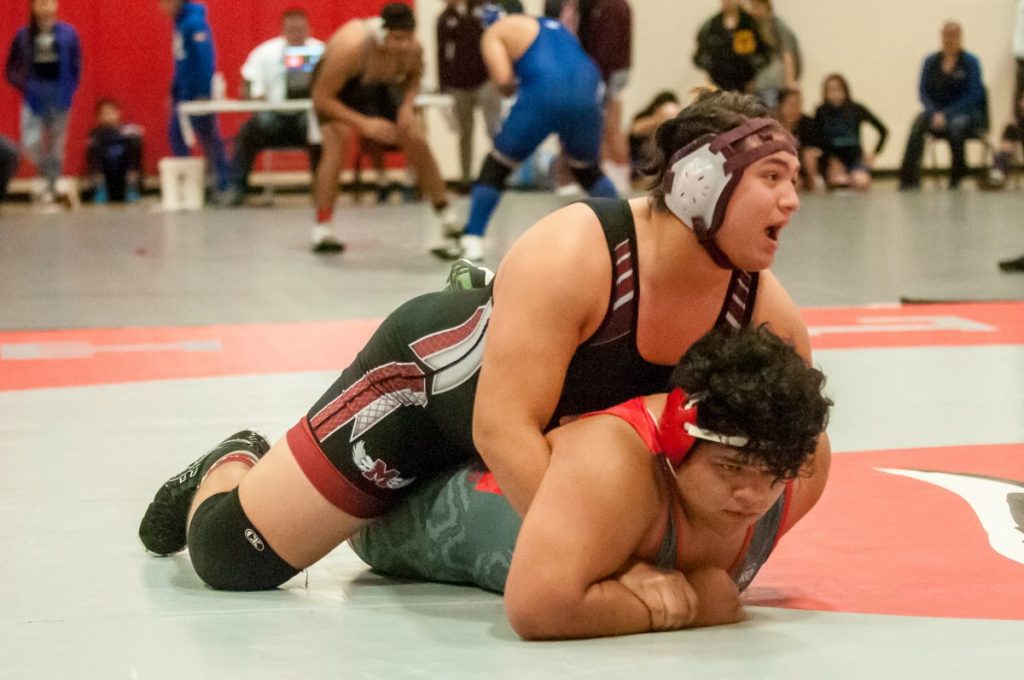 In addition, the tournament featured over 650 competitors, handed out over 150 medals and trophies, and t-shirts featuring Gary the Grappling Grapefruit, the tournament mascot. A total of 13 referees officiated the competition, each one working close to or over 100 matches.

Almost every Valley high school with a wrestling program, along with several Corpus Christi schools, descended on Sharyland Pioneer High School last weekend for the massive tournament in preparation for the upcoming district, regional and state tournaments that take place in February.

Pioneer coach Richard Eckley explained the reasoning behind the tournament. “To get kids as many matches as possible against as many different people as possible,” he said. “With district coming up a lot of people want to see what it is they need to work on in order to prepare for district.”

Sharyland High coach James Penbrook talked about the benefits of being in a big tournament. “When you get to regionals, it’s a long, grueling tournament. Kids are wrestling four or five matches a day and learning how to do that and how to have the mental focus to stay going 100 miles an hour on Saturday afternoon when you’ve wrestled five matches the day before and you’re on your fifth match of the day, that’s tough. It’s mentally training yourself how to do that.”

Mission Veterans coach Ben Yzaguirre liked the fact that his wrestlers would get a lot of matches and that they would face off against good competition.

La Joya boys coach Rudy Cavazos hoped the tournament would allow his team to finish tuning up their technique while at the same time maintaining where they were at.

Six of the Big 7 schools attended, with the boys and girls teams from Sharyland Pioneer leading the way. The Diamondbacks took top honors in the boys division edging out Los Fresnos for the title, getting individual championships from Angel Avila (126 lbs.) and Ethan Garza (220 lbs.)

Winning their respective weight classes required two days of wrestling and, at times, a lot of waiting. Competitors were placed into groups for their Friday matches , with the top two from each group advancing to the championship brackets on Saturday, most of which consisted of 16 individuals. All of this translated into six or seven matches for the weekend.

“It’s wrestling; you just got to battle through it,” said Lopez. “It’s one of those where you can’t stop.”

Gonzalez talked about the need for energy and preparing the right way so one isn’t tired when they get to their matches.

Perelez said she passes the time by listening to music and focusing on her next opponent in-between matches. Rosas had six matches over the two days and said the key to getting through was just to keep fighting and keep putting your heart into it. 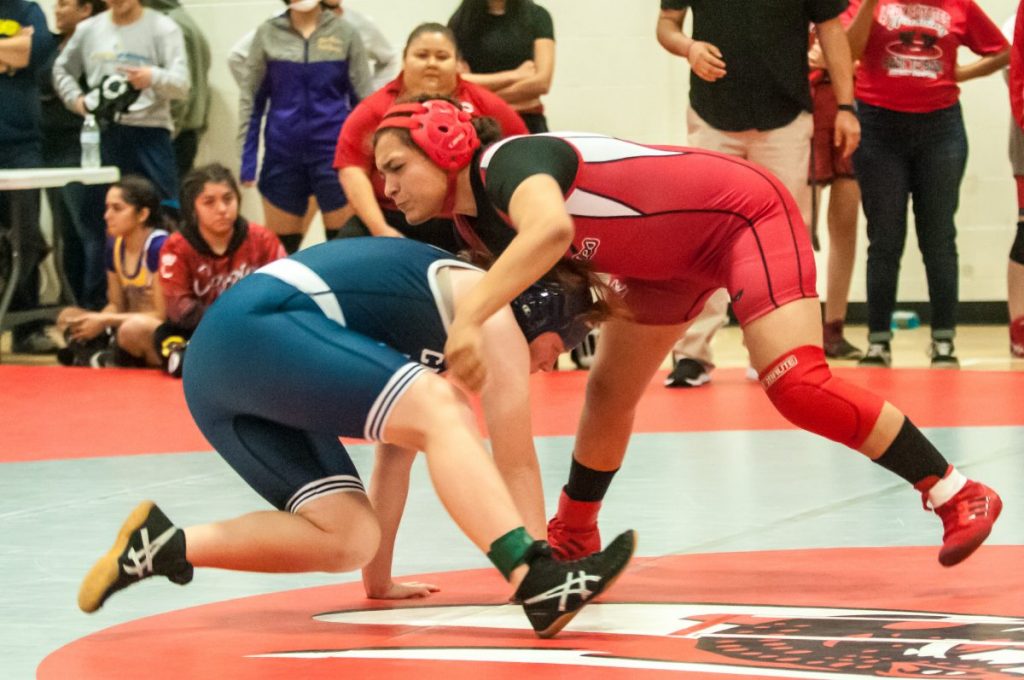 And while this was a big tournament, the bigger ones, in terms of continuing ones’ season are still to come.

The schools of the Big 7 will be competing in two different district tournaments and a number of talented individuals on both the boys and girls sides should advance beyond district.

La Joya, La Joya Juarez-Lincoln and Mission High are part of District 15-6A.

Juarez-Lincoln is the defending district champion on the boy’s side and returns Carlos Doria (126 lbs.), Jose Cerda (132 lbs.) and Willi Bonilla (195 lbs.).

The Progress Times previously reported that the District 15-6A meet will be February 4 at McAllen Rowe High School but it will actually be at McAllen High School.

La Joya Palmview and Mission Veterans are part of District 16-5A along with Sharyland High and Sharyland Pioneer.

In the girls’ division, Palmview is led by Brooklyn Garza (128 lbs.) and Judith Rivas (165 lbs.). Vianni Dominguez (185 lbs.) is back for Mission Veterans. Perelez has led the Lady Rattlers all season and Pioneer, the defending district champions, have Roman and Palafox.

The District 16-5A meet is scheduled for February 5 and 6 at Edcouch-Elsa High School.