As part of an ongoing series exploring the challenges and opportunities that lie ahead for the Texas government, the Texas Tribune held a daylong panel Wednesday at the Edinburg Conference Center at Renaissance to discuss healthcare issues in the state of Texas.

“The Future of Health Care,” invited legislators, educators and industry leaders to multiple panels to discuss different aspects of health care that were moderated by members of the Austin-based news organization The Texas Tribune. 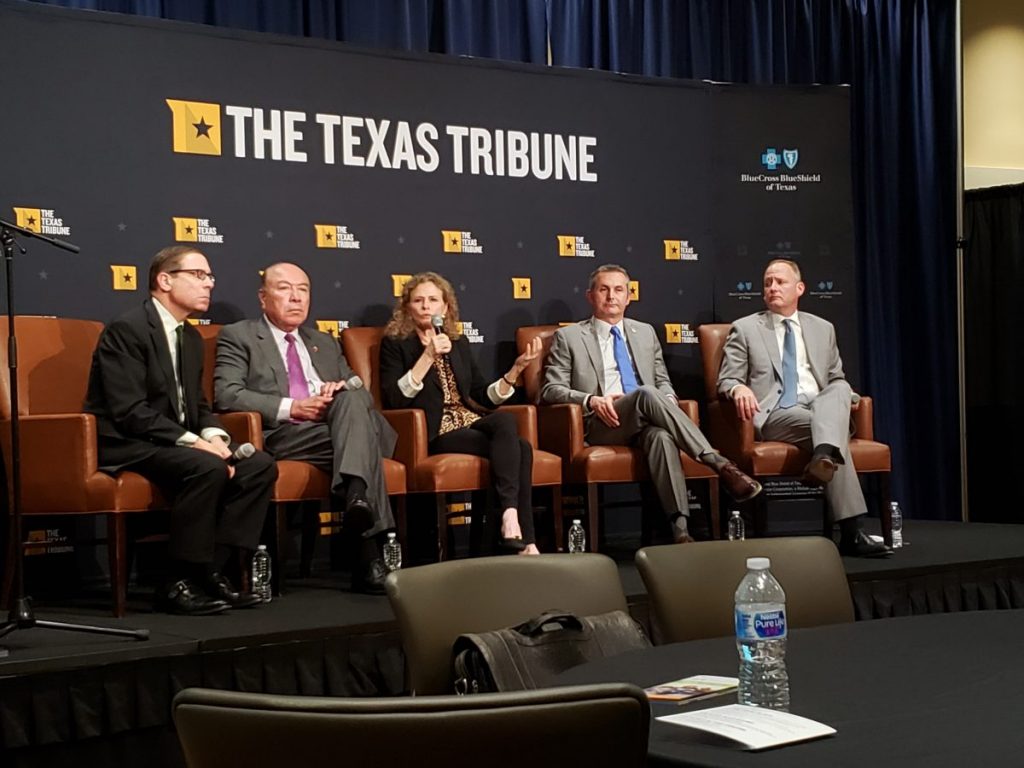 Topics in the panel ranged from health care costs, better access to medicare, how the Texas legislature affects healthcare in the state and more.

“It brings into focus what the issues are, we have a high Medicaid population so anything that happens in Austin impacts us,” Doctors Hospital at Renaissance board Chairman Carlos J. Cardenas said. “We’re on the border so we have trans-border issues such as illnesses and diseases that flow along with trade routes and those kind of problems have a trans-border nature that is inherent to living on the border.”

Among the panels at the day-long event was “Health Care & The Texas Legislature,” where Texas Tribune CEO Evan Smith talked to four politicians on how the Texas legislature impacts health care in the state.

The panel began with Smith questioning each legislator over how, with the most recent legislative session heavily publicized for focusing on school finance reform and public education which led to bills that brought more money for public education and lowered property taxes, if enough was done for healthcare.

Howard, who is the Vice Chair of the House Committee on Administration, said that not enough was done for health care in the state due to not enough funding being diverted to women’s health, while also questioning if the finance reform would impact the state budget.

“We don’t have sustainable revenue to cover what we’ve done and plan to do so  including compression of tax rate we will have a real challenge of finding revenues,” Howard said. “We have all these things that are adding up that we have to cover somehow while we have an oil and gas industry that isn’t doing as well as it was to pay for it. We’re still doing well with our sales tax which is our primary source of revenue but we know when we come back next session, the budget will be a huge challenge to see what we can pay for what we have and what we can expand.”

Oliverson, a member of the Select Committee on Statewide Health Care Costs argued that the Texas Legislature approved key bills that strengthen transparency in the medical field.

These bills prevent surprise medical bills, force freestanding emergency rooms to disclose what insurance they accept to a patient before they ask for their services and a price transparency bill for prescriptions.

“It’s monumental, it gives regular folks more power and represent the future of healthcare,” Oliverson said. “It’s the only industry I am aware of in the country where you’re unable to know in advance what the services will cost. That’s ridiculous. It’s reasonable for a patient to shop around and know what it would cost to get a procedure in each hospital before picking one.”

For Sen. Hinojosa, the biggest healthcare issue is the lack of primary healthcare doctors, which he attributes to more and more doctors going into specialized fields for a higher pay.

“They’re the key to overseeing the health care of a patient but there’s a lack of them. We have a shortage of doctors,” Hinojosa said. “We have two new medical schools in the state and a third one coming up in Houston so we’re trying to address that and increase funding for residency slots to make sure those doctors can train here in Texas. We need more incentives to grow that field.”

An increase in doctors, Hinojosa said, would help the state address one of its key concerns: the lack of hospitals in rural areas.

According to Smith, more than 20 hospitals in rural areas have closed in Texas since 2010. That number represents 18 percent of the closures of rural hospitals in the entire country.

“With 254 counties in Texas, 70 percent of them are rural areas,” Rep. Price, Co-Chair of the Joint Committee on Health & Human Services Transition said. “So when you see a rural hospital closing it affects patient care and those communities as well as their job force. We have to provide this support, they are a safety net to so many areas of our state.”

Sen. Hinojosa said he hopes to combat the lack of hospitals in rural areas by opening more clinics with primary physicians running them to fulfill that need.