Charlee Salinas is getting ready to move on to the next phase of her academic and athletic career.

Salinas, a senior at Veterans Memorial High School in the Mission CISD, signed a letter of intent last Thurs. Jan. 23 to run track and field at Sam Houston State University. She heads to Huntsville in the fall, and her family said they were proud of all she has accomplished so far. 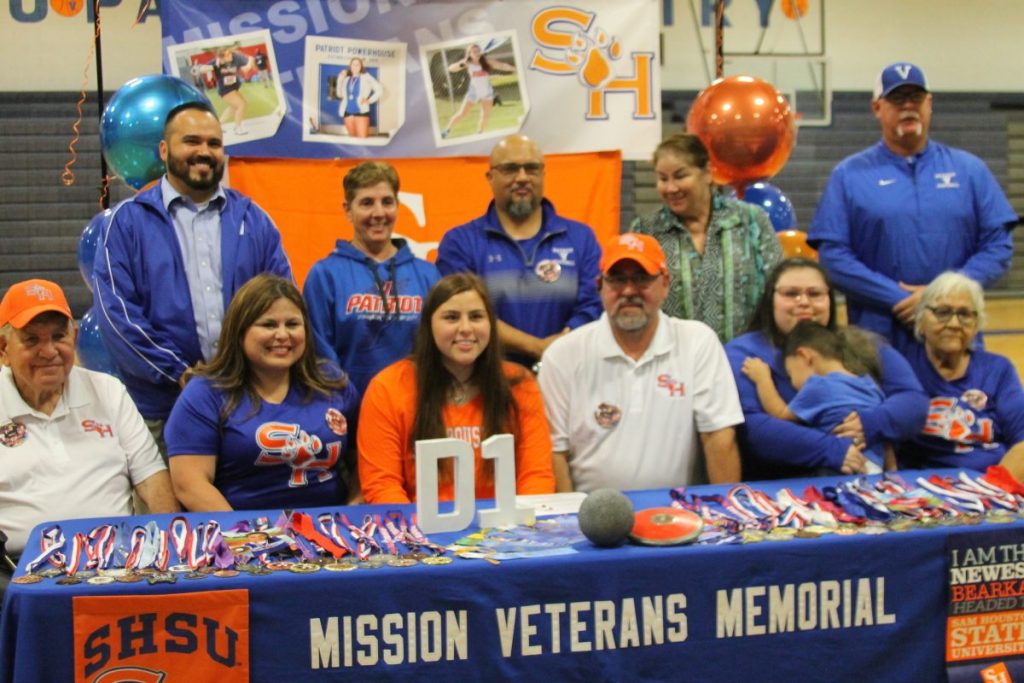 Kathy Howell, Salinas’ track and field coach, spoke highly of the dedication Salinas has shown to the sport during her time in high school.

“She went to the state meet last year and finished fourth,” Howell said. “A week later after the state meet, she was practicing.”

Howell said Charlee practiced through the summer and fall months.

“She’s still, every day, putting that thing together,” Howell said. “And this is the reward for that – it’s all about hard work. It’s about working hard and knowing what you want. She’s done an excellent job for us on the team.”

Salinas was surrounded by her family, coaches and peers when she signed to run for Sam Houston State.