Katrina Park will be host to even more children and parents following last weekend’s ribbon cutting. 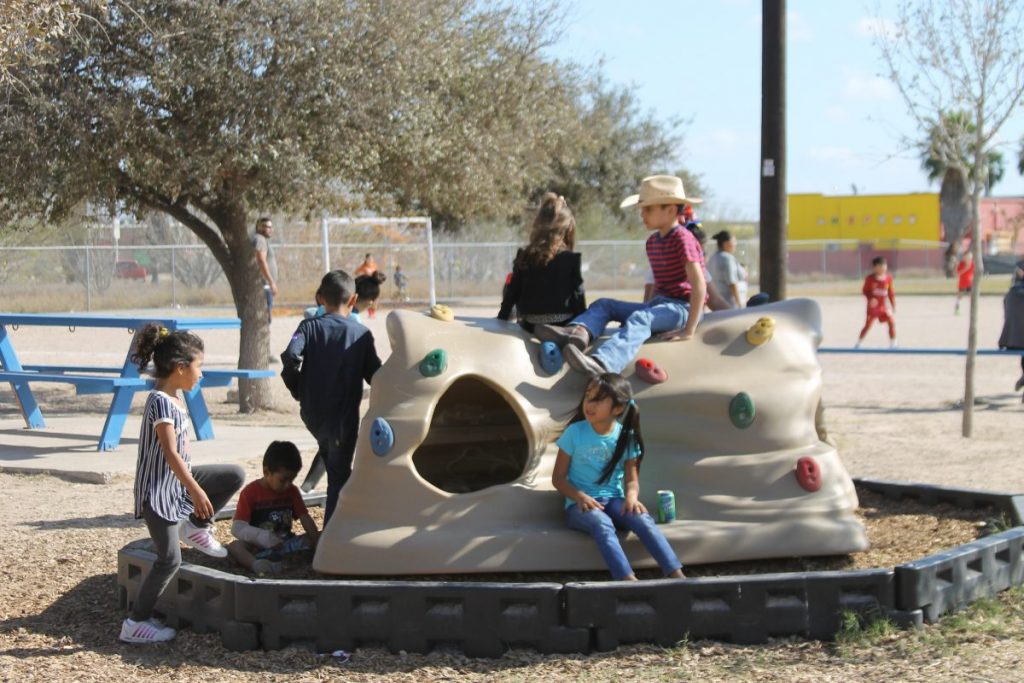 Children climb a new playscape at Katrina Park while a soccer game is underway at the ribbon cutting Saturday, Feb. 8, 2020. Progress Times photo by Jamie Treviño.

In 2018, Precinct 3 was awarded a $30,000 “Meet Me at the Park” grant from The Walt Disney Company in support of the National Recreation and Park Association (NRPA) and Disney’s combined goal of providing one million kids and families with greater access to play.

According to a press release, Precinct 3’s proposal competed against others from across the country and was considered to be “among the most innovative and impactful projects.” The money was used to upgrade the existing Katrina Park by adding a safe walking trail, playscapes, and fitness amenities.

Katrina Park was alive with activity Saturday morning, as children raced down the trail on their bicycles and climbed the playscapes eagerly. Prior to the ribbon cutting, a soccer game was held, and Flores congratulated both teams for playing well and having good sportsmanship.

“Creating a safe environment where our Precinct 3 families can exercise and play is one of our top priorities,” said Flores. “We are thankful to have partnered with Texas A&M Agrilife Extension Service on the renovation of Katrina Park.”

Flores is determined to see Katrina Park completed even further. While the playing field is open, grass is not yet growing. Flores noted that he would be working with the La Joya Independent School District to obtain funding for an astroturf setting on the field.

“It’s just to help the kids in the area, and of course the whole Hidalgo County area and the state of Texas,” Flores said. “We just want to go ahead and finish the project.”