Andy Lopez, along with several other skilled bowlers, spent last weekend at Main Event for a competition that evens the playing field. 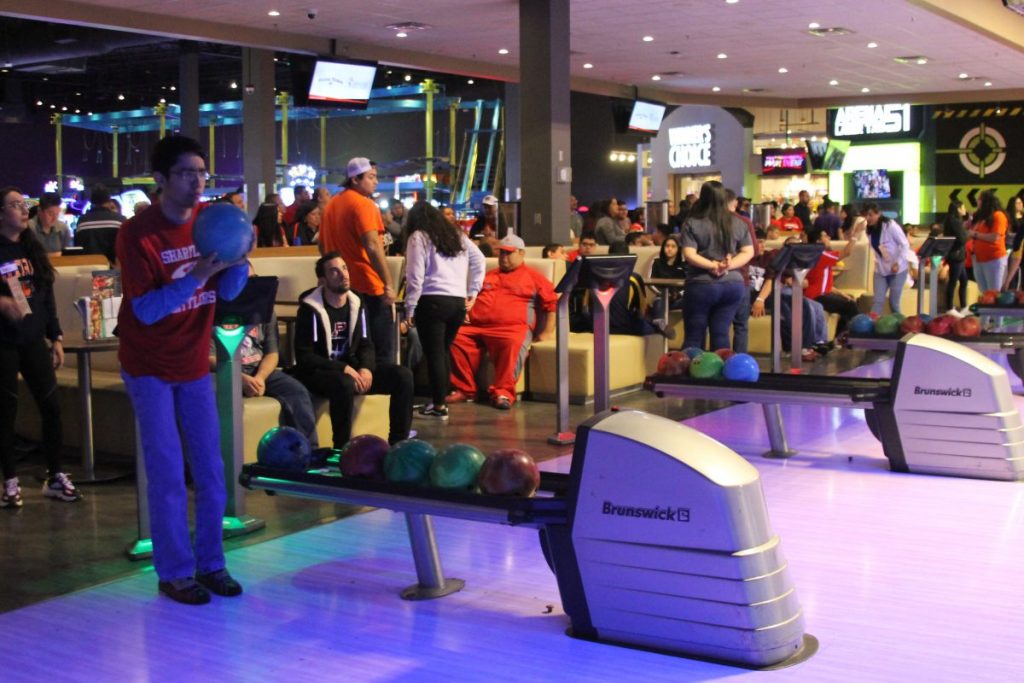 Lopez, a senior at Sharyland Pioneer High School, was enjoying the competition with his friends and fellow athletes Friday morning. After bowling a strike and finishing the second round of the tournament with a 234, Lopez was cheered on by coaches and teammates.

“It’s fun,” Lopez said, noting that he has competed in the Special Olympics bowling tournament before. “I’m pretty good at it.”

Lopez and the rest of the Pioneer team is led by Guillermo Guzman, who has been coaching the Special Olympics for at least fourteen years.

“We’re able to see students with disabilities do greatness,” Guzman said. “They’re given the opportunity to show their skills.”

Guzman was glad to see the athletes have a good time and participate in the Special Olympics.

“It includes everybody,” Guzman said. “That’s what it’s about: inclusion.”

Keeping the spirit of inclusion going is one of the top priorities of the Special Olympics Texas non-profit organization. Throughout the year and depending on where you are in the state, athletes compete in bowling, basketball, cheer, roller skating, cycling, soccer, track and field, table tennis, equestrian events, tennis, flag football, gymnastics, powerlifting, volleyball, aquatic sports and golf.

“We’re all the same, we’re all one,” Guzman said. “It gives everybody an equal opportunity.”

Guzman noted that athletes competing in the Special Olympics are able to try out for sports, but their disabilities prevent them from traditional competition spheres.

“But at this level, they’re all winners,” Guzman said. “You see them become better citizens, better kids, better adults. They’re able to do better things in life to help themselves and help others, whether it’s in the workforce, having fun, participating – it’s a social event to have fun, say ‘hi’ and make new friends.”

This marked the first year that Special Olympics Texas partnered with Main Event as a sponsor. At eight Main Event locations across the state, 4,000 athletes competed in the 2020 event, and their families were treated to discounts and special offers as they watched their loved ones bowl.

On top of their sponsorship, Main Event guests who visited a location during the tournament were invited to donate any amount of money to the Special Olympics, and the donations were gathered for future events and activities.

Ytszel Ruiz, an RGV Program Associate with Special Olympics Texas, was happy to head the activities and welcome athletes from the buses outside to the bowling lanes, which were exclusive for competitors during the tournament. According to her, the event would not be possible if not for the volunteers working.

In June 1969, Special Olympics in Texas began with Summer Games held at a stadium in Waco. At the time, the track and field events drew 350 competitors.

The numbers growing exponentially in the last decades, and in 2015 Special Olympics Texas boasted 55,232 athletes – a record in the state. With over 4,000 competitors in last week’s bowling tournament, the tradition shows no signs of slowing down.