The city of Granjeno’s 14th annual Friendship Festival was a lot bigger this year.

That’s according to Virginia Lender, who visited the festival in the small city with a little more than 301 citizens. 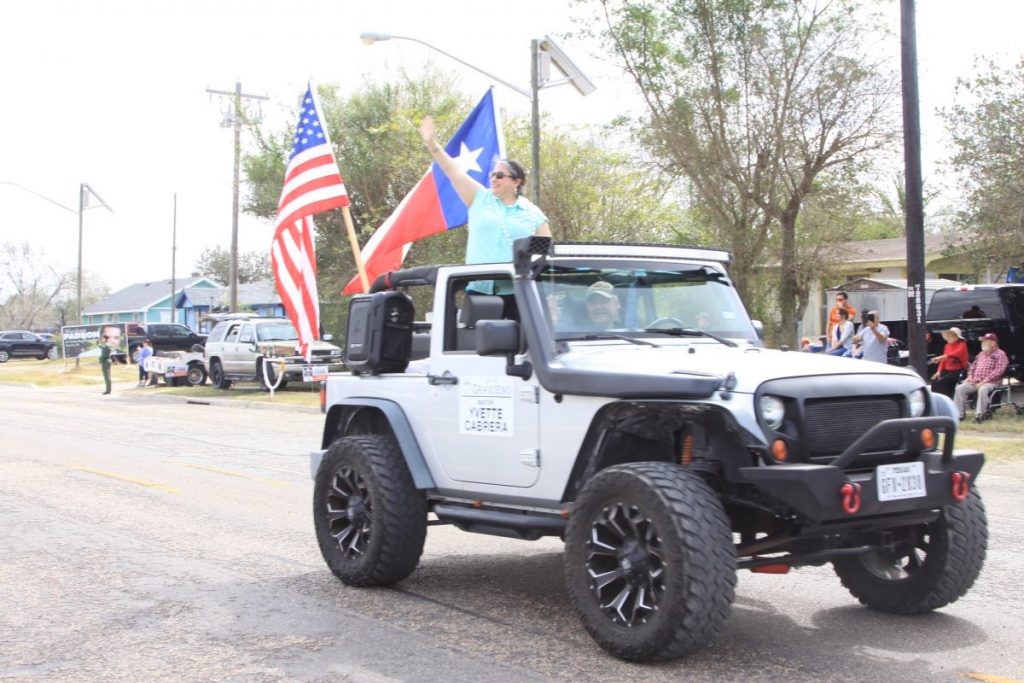 “When I attended last year, it was more of a tailgate party without a lot of people,” Lender, a winter Texan visiting from Colorado said. “It was nice and small but this year there’s so many people and a new park, it’s an upgrade. It feels needed.”

Lender was one of the more than 100 people who showed up for the city’s annual festival that celebrates the community held Saturday, Feb. 8 at Granjeno’s Veteran’s Park.

Vendors selling food and arts and crafts were on hand as families enjoyed the live music, kiddie rides and a car show that was held all day.

Schools in the Hidalgo school district, local businesses, state representatives and floats from the McAllen Holiday Parade and Hidalgo Festival of Lights made up the parade, which circled the city twice as part of its route.

“This is the place to be, it’s very important because we are a small community and we want to let people know we are here,” city Commissioner Jennifer Alvarez said.

For many attendees, this was the first time they’ve attended the festival and heard of the city. Alvarez said she noticed people only talked about the city in the past when it appeared in the news in June 2016 following a storm that devastated the community and destroyed the city’s community center.

“We’re inviting people to come in this year to see our newly completed park and veteran’s memorial that was christened last July,” Alvarez said. “It’s a happy place to be.”

For Mayor Yvette Cabrera, the Friendship Festival is a reminder of the importance of giving back to your community.

“Our community is our foundation so we always feel it is necessary to give back like this and get together and enjoy each other’s company,” Cabrera said. “We’re getting good exposure. We usually get a lot of help from the Hidalgo school district and hope to invite other districts to join next year. Usually this is small but it feels big now. We’re hoping to keep this festival free in the future while creating a bigger area and have a lot more entertainment next year.”

Sponsors for the festival included the city of McAllen, local state representatives, the Anzalduas Bridge Board and Cabrera’s Bar, the city’s watering hole and only business, Cabrera said.

As a way to give back to the community, the city of Granjeno will use leftover funds from the festival to create a scholarship for a local high school senior, Cabrera said.

“It won’t be a lot since we don’t make much profit here since we still have to pay for the kiddie rides, vendors and performers, but we make sure we have enough leftover to celebrate a local senior,” Cabrera said.