“I felt very blessed about having lived this long while being able to do this,” Connie, 77, said. “When I got married, I just didn’t think about considering the possibility of it lasting this long. You just don’t usually think about these things.” 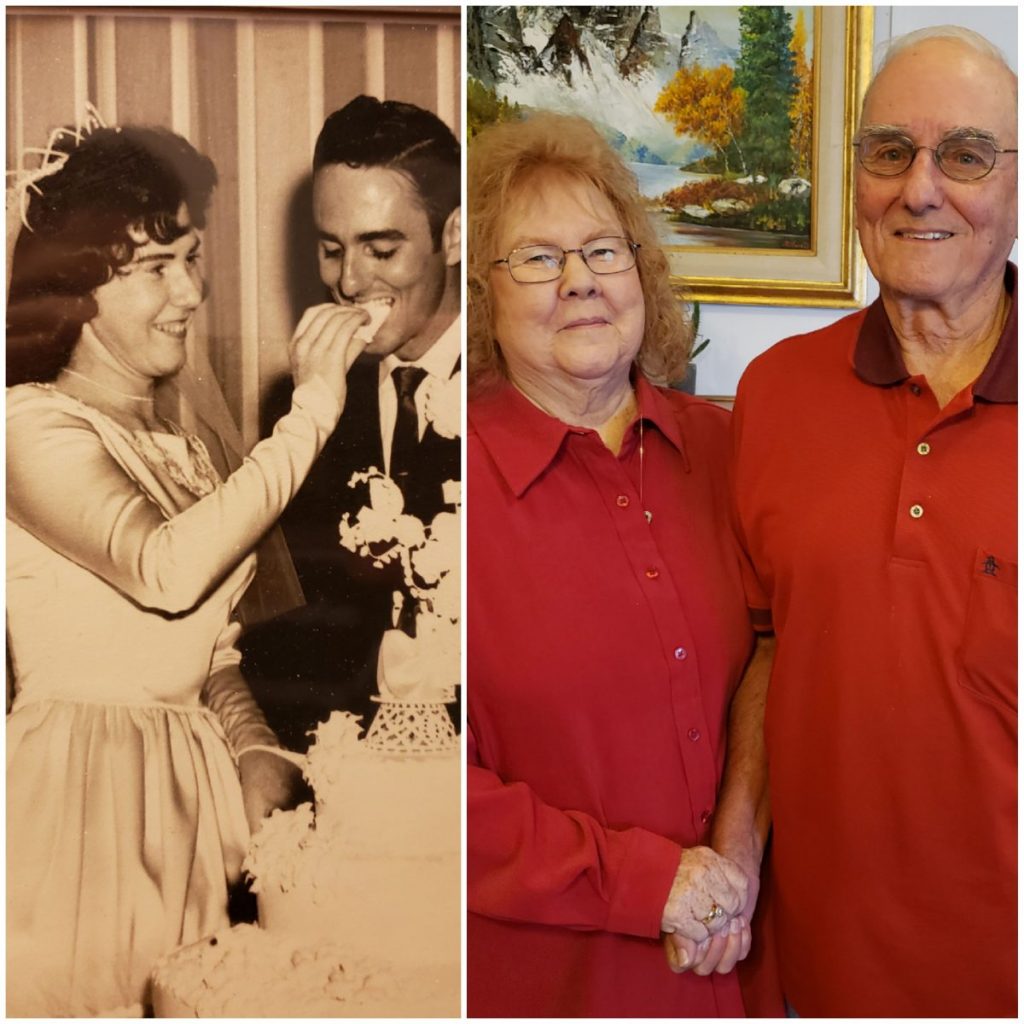 Gordon, 81, and Connie met on December 20, 1961 after Gordon joined a bowling league Connie was part of. Gordon had just returned from his tour of duty in the U.S. Navy during the Korean War and Connie had just graduated high school and was in a long-distance relationship with a U.S. Army soldier who was serving in the same war.

“I joined the bowling league because I was looking for something to occupy my time and [Gordon] approached me and asked if I’d like to join him for a coke after a game,” Connie recalled. “After that I invited him to a hayride at my church and after three months of dating him I had to send my Army boyfriend a Dear John letter. It just got serious with Gordon, otherwise I wouldn’t have married him.”

Gordon and Connie Willems recounted their story in the dining room of their Mission home that was adorned in china and wedding photos of them and of their two daughters.

“Neither one of us had a whole lot of money, most of our dates consisted of bowling, going to the drive in theater and drive thru restaurants, and we’d go to church,” Connie recalled. “Eventually we just started talking about getting married instead of him actually proposing to me and I said yes. You just know, I don’t know how you know but you just do. I got the ring in October and we were married in December.”

Gordon and Connie’s wedding date fell on Dec. 21, 1962, almost a year to the day since they first met, Connie said. Their wedding was held at Mission’s First Baptist Church and the reception for 150 guests was held at the Fontana Motor Hotel in Mission.

Gordon and Connie eventually found jobs at an electric company and as a secretary for Mission Junior High School for nearly three decades, respectively. They had two daughters, Missy and Mindye, who bore their parents seven grandchildren and two great-grandchildren between them.

With Valentine’s Day occurring today, Gordon and Connie said they usually didn’t celebrate the holiday since they always ended up too busy working that day.

“We just got used to not celebrating Valentine’s Day,” Gordon said.

This year the couple decided to join some friends for dinner at Stefano’s Brooklyn Pizza in Harlingen the day before Valentine’s Day.

“It’s just always too crowded everywhere you go that day,” Gordon said of the holiday. “Usually we’d just stay in and I’d get her flowers and a box of chocolates and not do anything big. For anniversaries we keep it casual and I take her to Dirty Al’s in McAllen since she loves the shrimp there. It’s her favorite restaurant.”

The closest Gordon and Connie have gone to an argument, they recall, was ove whose church they’d attend after they got married.

Connie and Gordon are now members of Faith Baptist Church where Gordon says the couple draw strength there from prayer and the church’s members.

“We pray for a lot of stuff and put God first,” Gordon, a former deacon said. “Ultimately it’s lead to us being so open and direct with each other. Sure we’re opposites sometimes, we have two TVs at home because we can’t stand watching what the other likes, but it’s just little things like that that you learn to put up with.