Editor’s note: It was incorrectly stated in the print version of this story that Joe Flores’ February campaign finance report wasn’t filed. The report was submitted earlier this month and can be found on the Hidalgo County Elections Department website. The printed version of this story also incorrectly stated the amount of money donated by Law Office of V&E, PLLC, it was actually $1,000.

With 12,770 out of nearly 379,000 registered voters marking their ballot during early voting as of press time, one of the biggest primary races in the county is that for Precinct 3 Commissioner.

Businessman Everardo Villarreal is challenging incumbent Joe Flores who is running for his sixth term. 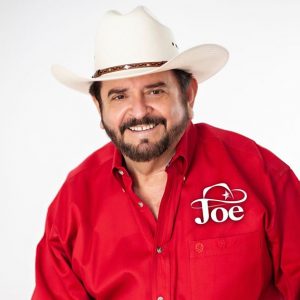 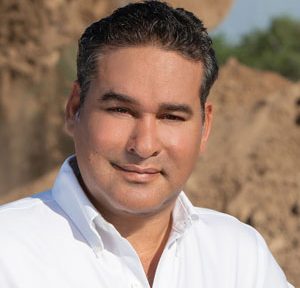 A few days into early voting, Villarreal says he is excited about his campaign.

“We have a lot of supporters and volunteers coming in and calling us to let us know they’re voting, it seems so positive,” Villarreal said. “I am excited we are doing very well. We’re having a positive campaign, I think our voters and supporters have that in mind.”

As part of his campaign, Villarreal financed most of it by loaning himself $420,000 according to a February campaign finance report filed with the Hidalgo County Elections Department.

The finance report, which covers the month of January, saw Villarreal receive $21,000 in political contributions.

Flores didn’t file a February campaign report but a campaign finance report from last month however, showed that Flores received $188,120 in political contributions. He said his campaign is focusing on reminding voters on how he has given back to the community since he was first elected.

“We have been fortunate during my tenure to have led efforts to modernize Precinct 3 and making our communities, roads, infrastructure, amenities, and more making it attractive to recruit and retain residents, families, and businesses,” Flores said. “Through our efforts, the west is the best it’s been in years, and yet, there is still a lot of work to be done. As our population continues to grow in rural parts of the precinct, there will continue to be so much work that needs to get done.”

The January campaign finance report, which covers the months of July 2019 through December 2019, showed that Flores didn’t loan himself campaign money. The political contributions for Flores’ campaign came from local lawyers, developers and engineers.

The biggest campaign contributions for Flores came from the McAllen-based political action committee Border Health PAC, which promotes border health issues, and the Law Office of V&E, PLLC, a law firm owned by attorneys Victoria and Eric Flores. Both of them donated $10,000.

“My donors support me because they believe in me and my commitment to our communities, and I am grateful for their support,” Flores said. “I am doing what it takes to run an effective campaign while being mindful of strategically using resources to represent the needs of our community and fight for resources and funding to improve roads, expand drainage, enhance parks, and lay the foundation and infrastructure to attract businesses and help our communities and our residents get ahead. ”

A campaign finance report from the same period for Everardo’s campaign showed that he donated more than $422,000 to his campaign while receiving $81,250 in political contributions.

“It was very important for me knowing that I could finance my own campaign and not be dependent on engineers, architects and those who benefit from the county,” Villarreal said. “And I want to choose the people who will be best for our county, not me choosing them just because they pay me.”