Nine boys and six girls from the seven Mission, Sharyland and La Joya high schools, the Big 7, have qualified for the University Interscholastic League’s (UIL’s) State Wrestling Championship meet which is being held today and tomorrow at the Berry Center in Cypress, Texas. 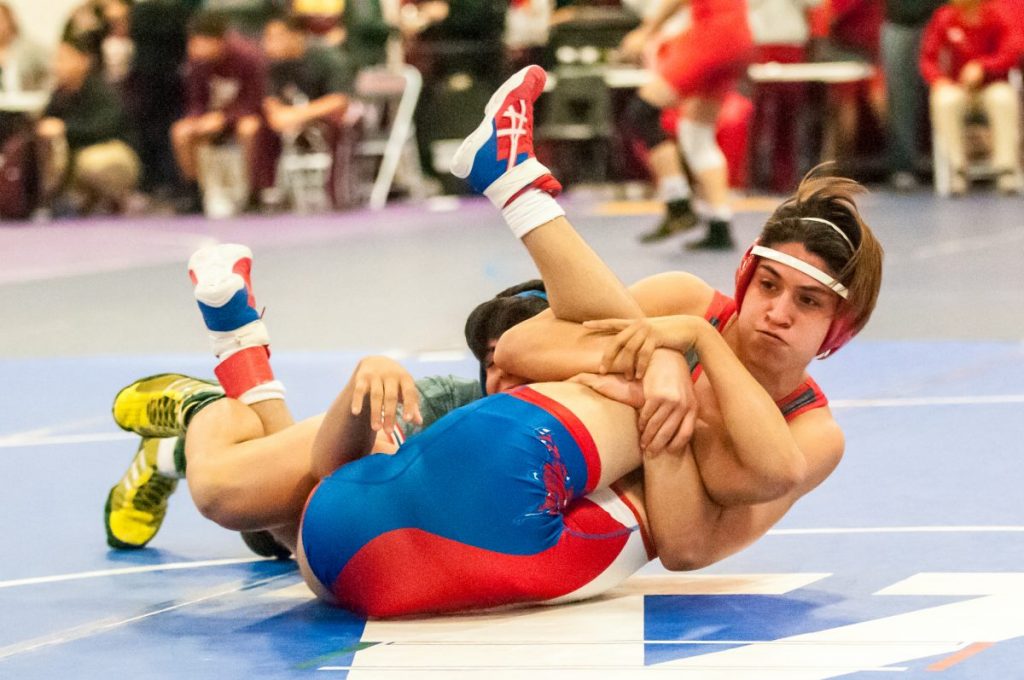 Daniel Huerta (145 lbs.) gets the better of his opponent at the Grapefruit Bowl wrestling tournament held at Pioneer High School Saturday, Jan. 18, 2020.

The Pioneer wrestling program not only led the way in state qualifiers among Big 7 schools, but Coach Richard Eckley’s girls led the Valley in the number of state qualifiers for the second year in a row while his boys did the same for the third straight year.

Here is a list of the Big 7 State Championship qualifying wrestlers by school and weight class: