A Mission native who was greeted in Australia with a thunderous applause received a similar homecoming back home last week.

On Thursday, Feb. 20, Mission native Rey Navarro, 39, an assistant fire management officer for the U.S. Fish and Wildlife Service, was recognized by the Boys and Girls Club of Mission after spending over a month in the Australian state of Victoria to help firefighters battle the deadly bushfire that has burned millions of acres of land and killed dozens of people. 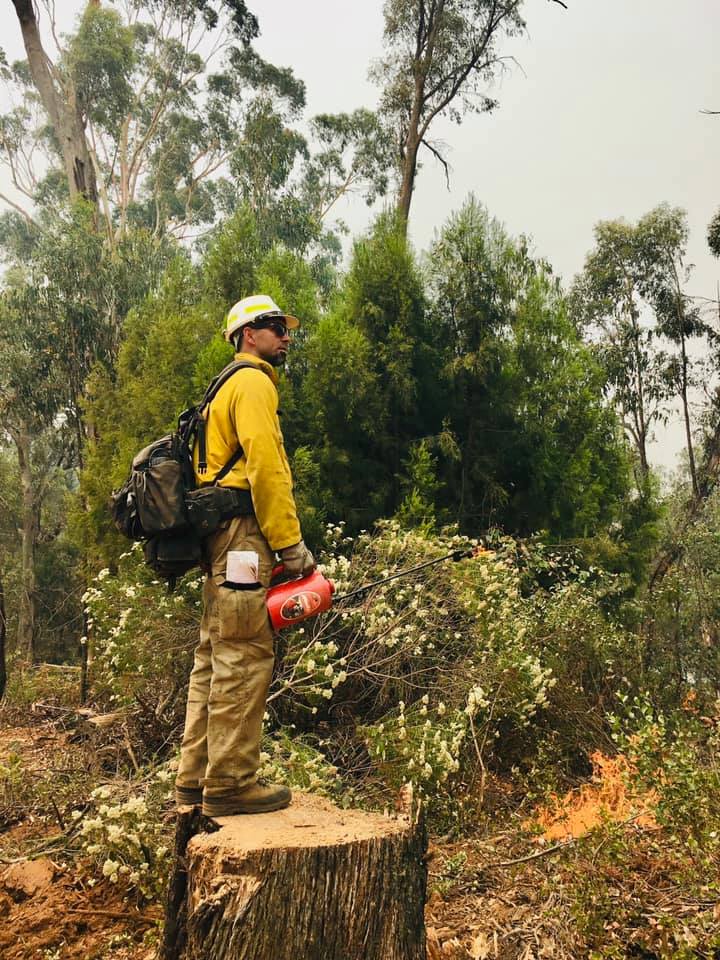 “I was honored and excited when I was selected to go. I’ve fought fire in the United States plenty of times but I never thought I’d be fighting fire in Australia,” Navarro said. “Australia was something, once in a lifetime.”

Navarro was the only firefighter from the state of Texas to join other firefighters in the country and around the world in going to Australia to fight the deadly bushfires that have burned more than 46 million acres of land, killed 34 people and millions of animals according to news reports.

“That’s what friends do, we help each other,” Navarro said. “They were in need of it and there’s been a lot of travesties out there. They requested help and we were present. Hopefully what we did had an impact.”

Navarro arrived in Australia in early January to assist in the fire fight. A video of him, along with other firefighters arriving in Australia greeted with applause from the locals at the airport went viral.

“That was a surreal moment when we were held back and told we were gonna get greeted,” Navarro recalled. “We didn’t know what to expect so once we opened the doors we just heard that big warm welcome from the Australian people and they were very welcoming and we were in awe. They’re extremely warm people and nice that was a great feeling.”

In the state of Victoria, Navarro said he was “right next to the fire” as he battled the blaze along with other firefighters- a big change from his managerial duties stationed at the Santa Ana National Wildlife Refuge.

“There were different, intense types of fires there and these fires were not small, they’re very big fires, that was something I never experienced,” Navarro said. “There was a lot of travesty from the fire we saw but the landscape and country is beautiful. That was something that I am taking in and hopefully sharing it with people here.”

Navarro was recognized by the Boys and Girls Club of Mission during a ceremony honoring the club’s basketball league. This was a second homecoming for Navarro who worked for the organization right after high school as an assistant athletic director.

“This is all overwhelming, it’s an honor to represent the Valley, the city I’m from and grew up in and the department I work for,” Navarro said. “I hope to represent them to the fullest and make everyone proud. I’m just happy to be back.”

Navarro also helped present the more than 300 athletes receiving a trophy with a high five.

“We as an organization are proud he came through this system and will always be one of us,” Rick Venecia, athletic director at the Mission Boys and Girls Club and Navarro’s former boss said at the ceremony. “He’s setting the kind example we want for our kids, it’s why we invited him today. This is what they’re capable of if they put in the hard work and dedication.”